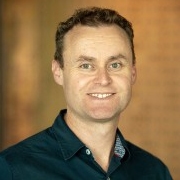 His research focuses on the economics of health and wellbeing of disadvantaged populations in the Asia-Pacific. He holds academic qualifications in economics from
Australian National University and health economics and public health from Monash University.

His current research aims include improving the health and wellbeing of people living in informal settlements; and improving outcomes from health aid, by identifying strategies that better align the priorities of aid recipients and their development partners (including donor-country voters).

Rohan is an interdisciplinary researcher with significant field experience in the Asia-Pacific region. He represents CHE and Monash Business School on the Monash University’s flagship trans-disciplinary RISE Project (Revitalising Informal Settlements and their Environments) and is CI Health Economist on the NHMRC funded Quitlink smoking cessation trial for people living with serious mental illness.

Findings from Rohan’s work are having health policy influence and health system impact. He has been part of teams contracted by the Asian Development Bank and World Bank to collect and analyse data on the costs and efficiencies of primary care services in Papua New Guinea (PNG) and the Solomon Islands respectively. Results from this research informed key service delivery reforms in the National Health Strategic Plans of both countries.

For the Solomon Islands a reconfiguration of health services – changing the mix and location of community health centres, area health centres and Provincial hospitals.

For PNG, informing the need for improved access to rural maternal and child health services and providing rigorous costing analysis for the (ongoing) roll-out of a new cadre of a facility, the community health post.

Community Health Posts have been found to have significantly improved supervised births and child immunisation rates in their catchment areas.

Most recently, Rohan’s health aid effectiveness research has been acknowledged as valuable by senior health advisors for the Department of Foreign Affairs and Trade as they renew aid programmes with partner countries in the Pacific.