Boardroom overhaul: has anything changed post-Hayne?

In the wash-up of the Royal Commission into banking and financial services, the corporate world is looking for ways to prevent repeat behaviour.

When the Hayne Royal Commission into banking and financial services delivered its 1000-page report revealing extraordinary misconduct in Australia’s major financial institutions, there was outrage and disbelief from the public.

While the inquiry removed a couple of high-profile corporate scalps, in a post-Hayne world has anything really changed?

Last month, Monash Business School’s assembled a high-profile group of corporate heavyweights to discuss the state of affairs as part of its regular Leaders Panel series. 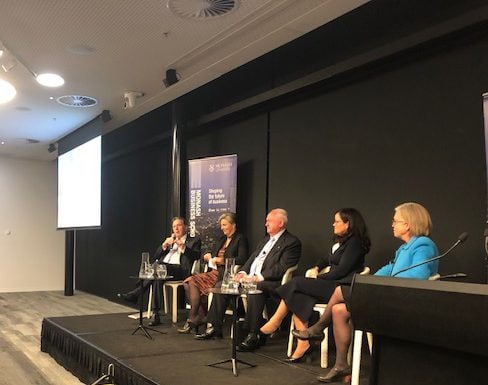 A key issue appears to be the corporate culture that allowed such gross misconduct in the first place. Do we need to lift the bar for directors to ensure better behaviour in the future?

ASIC Deputy Chair Karen Chester believes the bar was already high; rather, boards failed to to ensure effective oversight to identify potential harms to the company and take appropriate action to minimise harm.

“The care and duty benchmarks which have been there for a while have not been lifted. They have been well established in case law,” she says.

“But, do we need to focus more on ‘are you acting fairly towards your customers?’ because clearly there was a failure to identify toxic revenues and systemic breaches.”

While the nature of duty of care and diligence itself has not changed, the legislative reforms now bring higher penalties.

On 13 March this year new legislation came into law, boosting the penalties for entities failing to act “efficiently, honestly and fairly” taking potential fines up to a maximum penalty of $525 million.

Are they up to the task?

With so many failings across the financial services sector, the public began to question the calibre of people governing these organisations and whether they were up to the task.

There’s no doubt directors and company officers play an essential role in establishing and maintaining the standard of a company’s corporate governance. But who has been watching the watchers?

Board composition, getting the right mix and know what skills you need to fully understand all the areas of the business let alone what the executives are doing, can be complicated.

As a former chairman of BHP and Brambles and chief executive of the National Australia Bank (NAB), Don Argus thinks that times have changed, but not necessarily for the better.

“(In the past) We assumed that if you had been CEO of a company that you would be able to have non-financial risks covered. While non-financial input can be useful, we had a number of miners on the NAB board who helped with sustainability issues,” Mr Argus says. 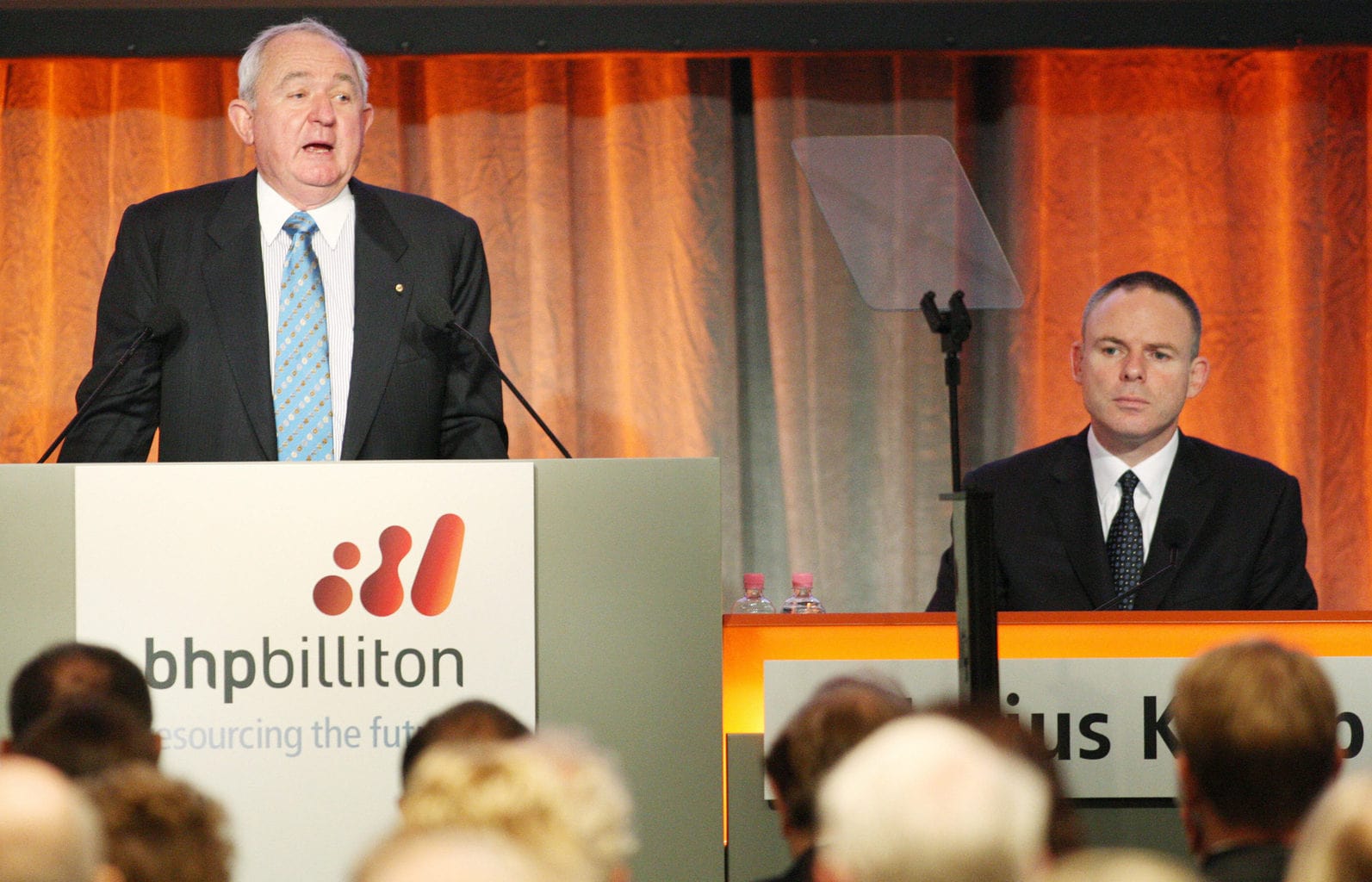 Yet in a fast-moving world with complex technology, he is not sure this is enough for today’s boards.

Yet, the situation has been been almost 20 years on the making. In 2000, when NAB and CBA undertook unprecedented mergers with financial services and wealth management businesses, unprepared banking staff found themselves studying ‘share-of-wallet’ profiles of consumers, or selling complicated insurance and superannuation products they often did not understand.

The boards simply didn’t appreciate how these changes would put pressure on staff to sell these products to customers, Mr Argus said.

How do we get diversity?

Graeme Samuel says there is now a need to find the right people for board positions. But how do we find them?

For some time there has been a considerable push for more diversity on boards with attracting more women becoming the focus.

KPMG’s Sally Freeman believes getting the right skills is not necessarily about having a 30 per cent quota that calls for more women, but those currently on boards recognising that the ‘not me and not my board’ attitude has to be tackled.

“Most people on boards currently are accountants or lawyers, but they are not looking at diversity,” she says. “They think they can ‘buy-in’ specialist skills if they need them and there’s a slower move to implement.”

A director’s job is no longer a once-a-month undertaking. Where it used to be about reading the papers and attending the board meeting, directors are now required to sell any changes taking place in the organisation, talk to shareholders and listen to the community.

If directors are not discharging their duties, do we need to change the focus of boards and senior executives towards non-financial risks such as ‘fairness’?

The Hayne Report says we need to replace maximising shareholder wealth with being ‘fair’. Lisa Gay says that ‘not being fair’ is simply not in the long-term interest of customers, pointing to the Commonwealth Bank’s ‘64,000 dud insurance policies’. “Yet it was the most profitable bank – financially it was doing well,” she says.

ASIC’s Karen Chester explains that from the regulators’ perspective, there was a serious inability for the boards to understand toxic revenues and the harm they were causing consumers.

“Customer complaints are what would be considered a non-financial issue, but if the board is not aware of them then it is a financial risk,” Ms Chester says.

Ms Freeman says there is a line of accountability for managers, then there are the audit and risk committees then the board. “If there is a failure in any of these lines then it’s likely the board won’t know.”

Ms Freeman suggests we need to have communications skills for auditors so they are able to cut through the issues and make a strong case to the board. Presently she doesn’t think they have that ability.

“Internal audit is the voice that must get through to the board yet often they are unable to get the message through. Tell them that you will go to the regulators,” she says.

She also suggests internal audit needs real-time data to be able to comment on risks and issues early.

“Yet incentive, bonus and commission schemes throughout the financial services industry have measured sales and profit, but not compliance with the law and proper standards.”

Lisa Gay, a non-executive director and former managing director of Goldman Sachs Australia and its predecessor JB Were and Son, says perverse remuneration needs to be eliminated and what is being rewarded is not the values and outcomes the broader community is seeking.

“We need to look at ‘should we?’ not can we? Do people need to operate at a place where they consider what this would look like on the front page of the AFR?” she says.

One report suggested that in the case of NAB, it would take ten years to change the culture.

Ms Gay says that’s a cop-out. “That (the culture) shouldn’t take 10 years to change, it should take 10 minutes,” she says.

Graeme Samuel argues that the Commonwealth Bank’s ‘Dollarmites scandal’ – where bank executives meddled with schoolchildren’s savings accounts to meet aggressive performance targets – was seen as an action for the good of the group.

“The motivation is that the team will be assured if we open more accounts. But we need to ask – why are we here? Because we are adding value to the community (needs to be the response),” he says.

There’s no question bonuses need to be reviewed. Sally Freeman says that following the Hayne inquiry and report, many corporates have called for a review of their incentives plan.

“Incentives matter – what incentives have you set to drive the organisation? Short-termism is not in the long-term interests of the company,” she says. 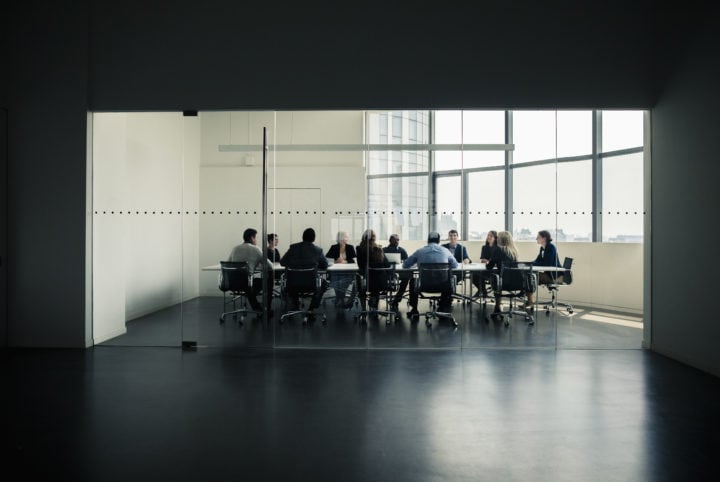 Boardroom overhaul: has anything changed post-Hayne?