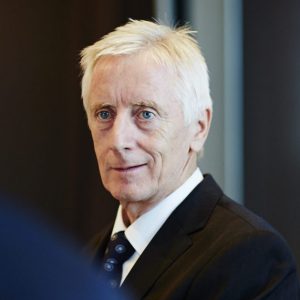 Professor Colm Kearney was the Head of the Monash Business School and Dean of the Faculty of Business and Economics, from 2012 until November 2017.

Colm migrated to Australia in 1986 and joined the University of New South Wales as Lecturer in Economics. Having served as senior economic consultant to the Federal Treasurer and Federal Finance Ministers during the Hawke-Keating Labor government in the early 1990s, Colm returned to academia. He took up the position as Professor of Finance and Economics at the University of Technology Sydney in the late 1990s, and continued with his research supported by a number of Australian Research Council awards.

Colm was an internationally known researcher with extensive experience in the disciplines of economics, finance and international business. He passed away on March 28, 2018.