Why is it hard for mutuals to measure value? 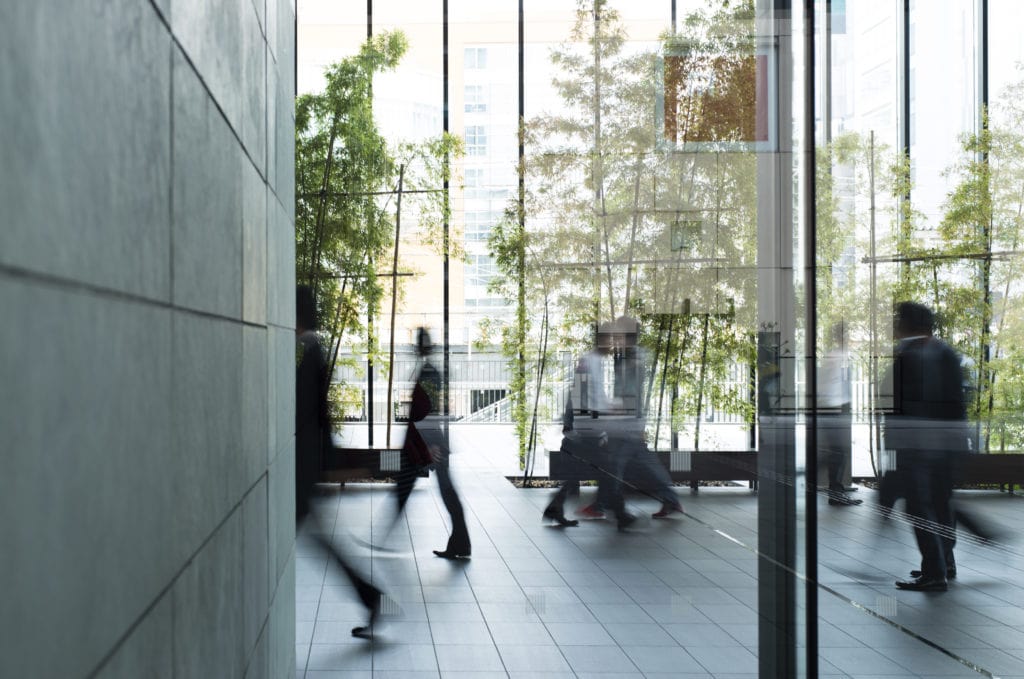 New research is looking at creating a way of measuring ethical and fair behaviour that will put a clearer value on cooperative and mutual enterprises.

The recent Royal Commission into Misconduct in the Banking, Superannuation and Financial Services Industry has revealed some horror stories about badly behaving bank executives. But what if Australia already has executives behaving ethically, not because of some moral high ground, but because the customer is always at the centre of every executive decision?

Welcome to the world of co-operative and mutual enterprises (CMEs) which are run by their members who are also their customers (and in other cases their ‘suppliers’ or their ‘employees’). Some of Australia’s best-known brands including HCF, Australian Unity, RACQ, NRMA, Bank Australia, Credit Union Australia (CUA), Beyond Bank and RAC WA are CMEs.

With 80 per cent of Australians connecting in some way to a CME, this is a model that could help to improve corporate culture. Yet there is one key problem standing in the way – that is their ability to measure the total value created by the organisations.

Melina Morrison, CEO of the peak body, Business Council of Cooperatives and Mutuals (BCCM) believes this is crucial to their ability to thrive in the future.

“Mutuals and co-operatives make a huge contribution to the Australian community that’s hiding in plain sight,” she says “What we need is a consistent and comparable way to tell our story.” 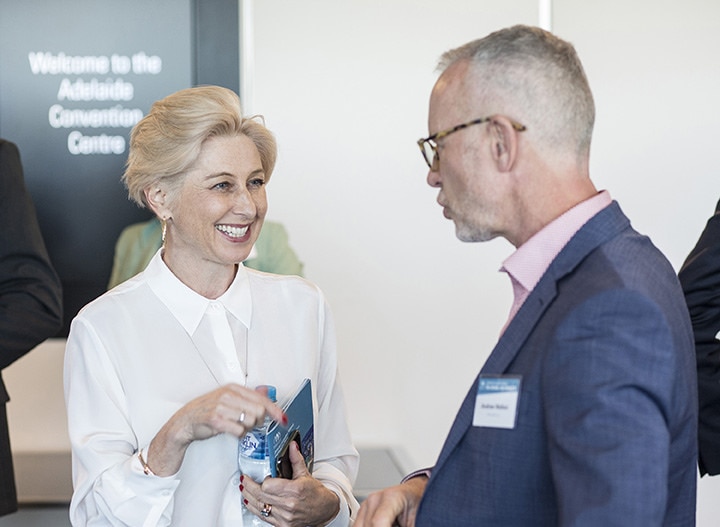 Melina Morrison, CEO of the Business Council of Cooperatives and Mutuals (BCCM).

For the past year, Monash Business School’s Dr Paul Thambar and Professor Matthew Hall have been working on a two-year project that aims to devise a reliable method of measuring value for Australia’s co-operative and mutual enterprises.

Phase one of the project was released this month at the BCCM CEO Summit in Adelaide, providing some interesting insights into not only the difficulty of measuring social and economic value within these enterprises but also some of the reasons why CMEs are unique.

“Mutuals are different because they are owned by the members who are also their customers,” Dr Thambar says. “They don’t have a need to exploit the customer to benefit the shareholder because they are one and the same.”

This is in stark contrast to listed firms where the customers may also be shareholders but the clear focus of management is increasing shareholder value and not necessarily with the best interests of the customers in mind.

“‘Doing the right thing’ is something that many CMEs talk about a lot. Making decisions, the customer and the member are central to the process.“

Dr Thambar recounts an interview during his research with a senior executive of one of the mutual banks who had recently joined from a Big 4 bank.

“He related the story that the decision-making process is different (at a mutual) because in his former role, at any meeting, the CEO’s bonus was always sitting on the table. In his new role, the clear difference was that the member is always the focus,” Dr Thambar says.

“He thought it was interesting to hear that they constantly ask themselves ‘how is this going to impact on the customer; the member?”

Why do we measure things? Because we want to communicate the value we are creating. It’s part of the identity of an organisation, that it is a good steward, and using the organisational resources well.

In the world of business, value and purpose are good because they are an indication of using your resources well.

In developing distinctive metrics, CMEs face several challenges, including lack of clarity about the purpose of measurement, how to integrate quantitative and qualitative assessments, as well as the question of who is best placed to develop metrics. 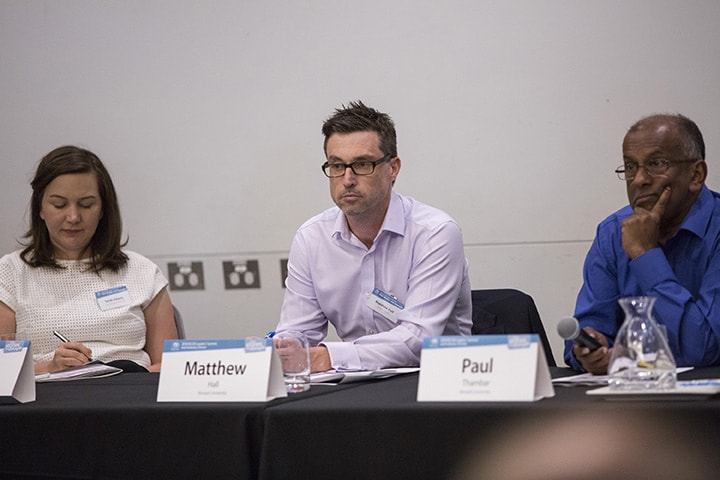 This phase of the research shows that in the context of valuing mutual organisations, measurement is not easy due to a number of issues: there is no current framework, mainstream accounting measurement only goes so far and there are effects outside the organisation that are difficult to capture such as impacts on the local community (social capital).

Professor Hall explains that within CMEs there is a tendency for the development of measures of mutual value to be carried out by accounting and finance staff, which could preclude the involvement of staff from other key areas of the organisation. There is an opportunity within CMEs to develop metrics drawing on the skills and abilities of a wider range of staff members and other stakeholders.

During this phase of the research, the team visited eight co-operative and mutual enterprises (CMEs) and conducted over 170 interviews with a range of key stakeholders, observing worksites, team meetings, AGMs and reviewing an extensive range of documents and materials.

“From here we have developed an understanding of the current organisation strategy and business models and analysed existing measures of mutual value and how they link with more traditional metrics and reporting frameworks,” Dr Thambar says.

Specifically, the team focused their analysis on diagnosing potential problems, tensions and sticking points for the future development of the Mutual Value Measurement (MVM) framework.

The mindset is completely different.

One of the key areas vital to understanding mutual value is the mutual mindset. Doing the right thing, thinking and acting long-term and being trustworthy are values that many of the interviewees expressed.

In the world of business, value and purpose are good because they are an indication of using your resources well.

“Overall, we identify the mutual mindset as a fundamental element of the way CMEs understand value generation,” Professor Hall says.

From the research interviews, examples abound of CMEs behaving differently to their corporate peers.

“After all the insurance horror stories from the Royal Commission, what stood out was the difference insurance mutuals have when it comes to managing claims.

One CME reported an incident where a member was broken down on the side of the road in the middle of nowhere. They had to send a replacement car part out and it would not be ready until the next day. The member did not have the funds to pay for his accommodation that night, but the CME staff were able to make the call that as he was a long-standing member, the mutual would also pay for his accommodation.

Professor Hall says it is this type of long-term thinking that differentiates the mutuals from regular businesses.

“They still measure in the short-term but they do track the long-term and they are orientated to the sustainability of the organisation for current and future members – in this way they are intergenerational businesses,” he says.

In aged care, another CME is providing a business based on home-based care.

“They purchased an aged care business and they were working on the model with the long-term sustainability of the business as paramount rather than short-term shareholder gain,” Professor Hall says. “They can provide some alternatives to those groups that have a total profit focus.”

The next phase of the research will involve developing a framework to help CMEs capture, measure and report on mutual value.

“The sector as a whole will need to develop an approach to gain acceptance and buy-in from all CMEs to ensure the framework is adopted and used by them to allow consistent and comparable measurement of mutual value,” Dr Thambar says.

Why is it hard for mutuals to measure value?