Amid a looming global change, Australia has a chance to rewrite the rules 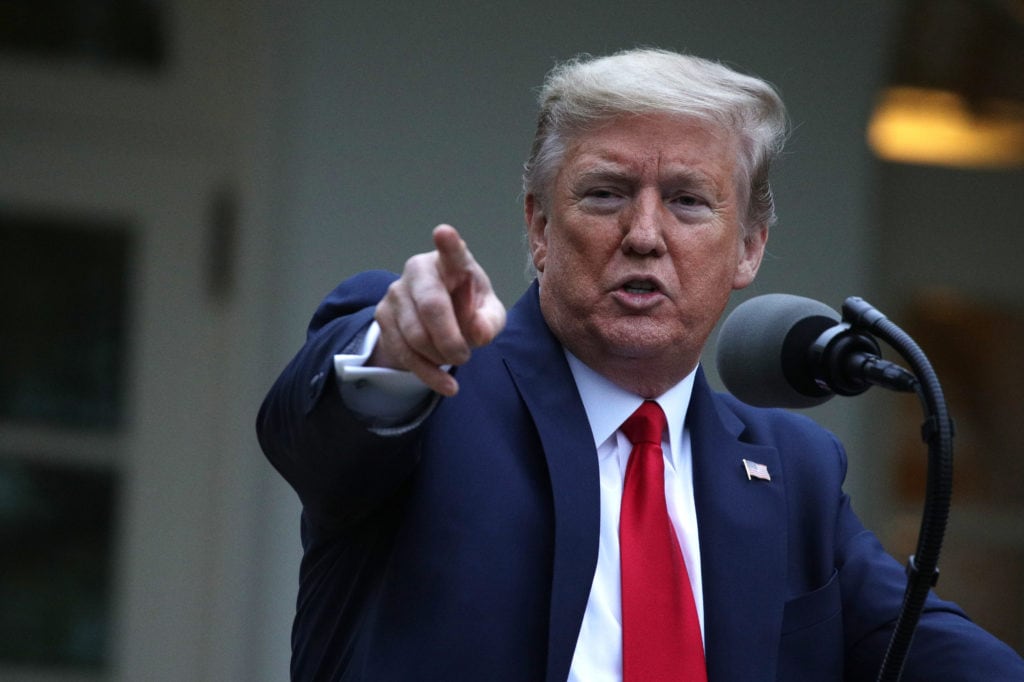 A very significant reversal in Australia’s approach to international cooperation is underway, auguring an era of engagement with other global institutions outside the UN.

We can see the first signs of Australia’s international policy U-turn as Australia was among the handful of countries that aligned with the US in denying support to a UN resolution put forward by Mexico calling for accelerated scientific cooperation and global coordination to hasten the “rapid development, manufacturing and distribution of diagnostics, anti-viral medicines, personal protective equipment and vaccines” needed to fight the COVID-19 pandemic.

On 20 April, the UN General Assembly approved the resolution with the support of 179 out of its 193 member countries.

At the same time, the PM is taking a global leading role in pushing the World Health Organisation to be given the same powers of weapons inspectors to forcibly enter a country to avoid a repeat of the COVID-19 global pandemic.

This proposal is clearly a policy gambit for China’s role and perceived clout over the operational reach of the World Health Organisation. It is also poised to become the blueprint for the foreign policy of US-aligned middle powers looking to contain China’s rise.

This is a very significant reversal in Australia’s approach to international cooperation and heralds a new era of engagement with other global institutions outside the UN’s purview, such as the World Trade Organisation.

The economic crisis triggered by COVID-19 gives Australia a once-in-a-generation opportunity to debunk and dispel neo-liberal orthodoxies on ‘free’ trade. It is rather ironic that a staunchly conservative PM is poised to undo ill-fated manufacturing and fiscal trade-offs by both Liberal and Labor governments in the past 40 years.

What I expect to come out of this review is Australia’s push to rewrite the international trade and foreign investment rules that can revert the world economy to shorter and more resilient supply chains.

I would also hope for initiatives to filter and channel cross-border capital flows for the socio-economic development of vulnerable communities rather than for the fuelling of oligopolistic market capture by multi-national corporations.

More realistically, I would look for the latter to become the unintended victim of outright protectionist measures to preserve domestic industries with emerging strategic importance due to COVID-19, such as the pharmaceutical, energy and agri-food sectors.

I would not cry over the breaking down of the World Trade Organization if it meant reverting to the old GATT system established in the aftermath of WWII, which managed to put the brakes on hyper-globalising forces for decades through the Cold War.

The end of the WTO system – even if it survived in name only – would certainly limit social and environmental dumping by predatory industrial outsourcing. Going back to the future in free trade would also mitigate the negative effects of the international movement of capital and help stamp out fiscal dumping by tax havens.

In more specific regard to reforming the WTO system in the aftermath of the COVID-19 crisis, the Australian governments and its closest partners should strive to harmonise their socio-economic response to ensure than no countries and major business players ahead of the curve seize the moment and go rogue to prey on more vulnerable commercial systems and people.

Any proposed reform should thus involve our Southeast Asian neighbours, especially Indonesia and also India if we are really serious about becoming less dependent on China’s economy.

Australia should refocus diplomatic efforts towards bilateral ties within the Indo-Pacific region. Why is that the best approach for Australia?

In a dynamic and unstable Indo-Pacific region, what was once purely trade policy is now more than ever also security policy. But with Australia looking to continue profiting from Asia’s economic strength while keeping its security ties to the US, can it have its cake and eat it too? My short answer is no, especially not under the current WTO system.

Consistent with its alignment to US interests, Australia had better target stronger bilateral ties with other middle power countries wishing to hedge their bets with the major powers across the Indian and Pacific oceans, ever more so as the pandemic has dramatically increased the pace of change unleashed by the US-China geopolitical contest for Asian dominance.

The 2017 Australian Foreign Policy White Paper had already set to change the map of Australia’s trade and investment diplomacy with momentous implications for its future economic foothold in Asia. The numerous references (74 in total) of the White Paper and whole chapter dedicated to the Indo-Pacific region underscored Australia’s strategic move from a multipolar Asia-Pacific region to the US-led Indo-Pacific rim.

In fact, Donald Trump’s strategy to contain China’s rise as a global superpower is showing that the securitisation of Indo-Pacific trade and investment is poised to offset the US geopolitical retreat from the Asian core.

The embrace of this rehashed Indo-Pacific terminology (which originates from Nicholas Spykman’s rimland concept during World War II) in the 2017 White Paper shows that Australia is an early adopter of the US administration’s plan to embed trade tactics in security strategies that would form a liberal-democratic cordon around China’s geopolitical advancement in the Eurasian landmass.

For Australia, the subtext of this challenge is that the US-led Indo-Pacific geopolitical paradigm calls into question the potential costs and benefits of Australia’s strategic choice to remain at America’s side despite (or perhaps because of) the unprecedented dynamics instigated by Donald Trump’s presidency.

On one side this direction could undermine Australia’s trade and investment relations with China and its Asian partners; on the other hand, it could firewall Australia’s security interest from the perils of the US strategic retreat from the Asian core and into the Indo-Pacific rim.

On a purely economic basis and assuming that Chinese trade routes will remain geopolitically viable over the long term in the post-pandemic environment, Australia is well placed to fill the gaps left by a wrecked US-China trade relationship and thus well placed to reap substantial commercial gains from Sino-American trade diversions.

But it can do so only by throwing down the gauntlet on the WTO system reform and by pushing more strategic bilateral trade ties in view of the post-Covid19 geopolitical dynamics.

Amid a looming global change, Australia has a chance to rewrite the rules