Why have ‘safe haven’ cryptocurrencies sunk with the markets? 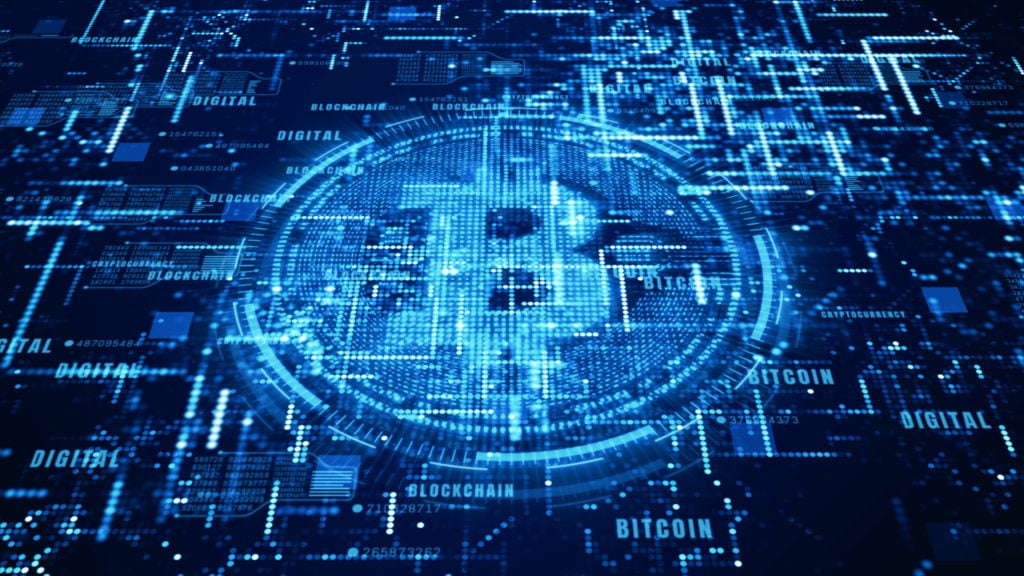 Cryptocurrencies have followed volatile global markets. This was not supposed to happen.

Cryptocurrencies such as Bitcoin have been promoted as ‘safe havens’ for investors, separate from fiat-based financial markets. But during the COVID-19 pandemic, this has not held true.

Cryptocurrencies have crashed along with everything else.

Dr John Vaz from the Department of Banking and Finance charted the Bitcoin Price using a weekly index of 100 commencing three years ago and contrasts that against the value of Australia’s All Ordinaries Index and the S&P 500 Index in the United States.  He found all three Indexes move in synch during the recent downturn as a result of COVID-19.

“Based on the promises of advocates, cryptocurrencies shouldn’t move with fiat-based financial markets but in fact, we see that it does,” Dr Vaz says.

“So cryptocurrencies like bitcoin do not provide you with a risk mitigation alternative to fiat currency-based investments such as AUD, at least not during periods of crisis. It certainly doesn’t provide a safe haven by any means.” 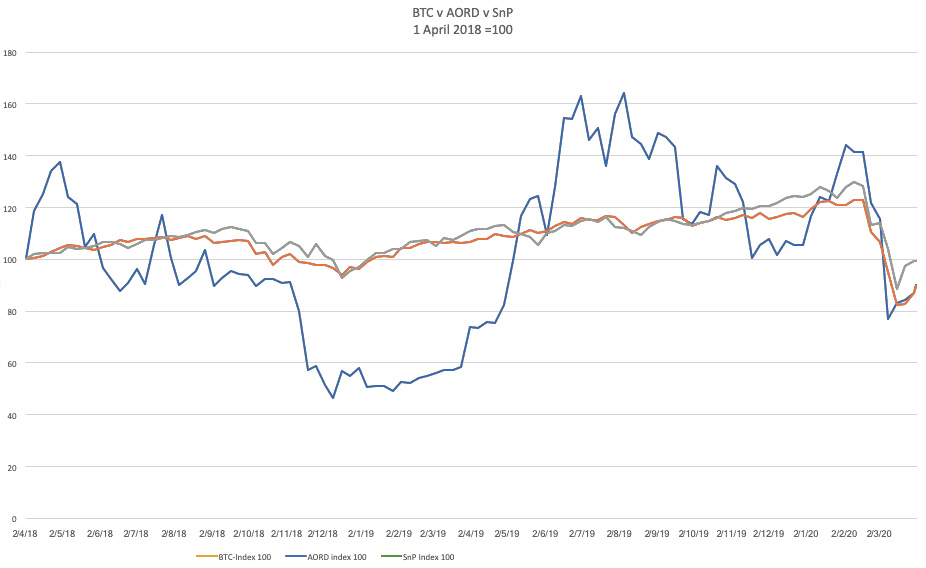 Cryptocurrencies such as Bitcoin and Ethereum were created and used following the global financial crisis of 2008 as new forms of digital money combined with a payment mechanism.

While cryptocurrencies are thought to exist outside state monetary systems and are not regulated by national governments, they can be exchanged for fiat currencies (that is, money) on digital markets.

Unlike traditional money though, cryptocurrencies are proposed as a finite resource with finite money supply and due to this characteristic have been likened to gold.

Cryptocurrency advocates have claimed these qualities meant it would resist the sort of volatile sharemarket fluctuations we have been seeing in the several weeks, as it theoretically cannot be affected by government interventions, money supply decisions or inflation.

But during the COVID-19 pandemic, this has not held true.

“It’s no coincidence the first cryptocurrency was called Bitcoin using semiotics that gives the illusion of being real, using imagery such as gold coins, namely something like gold that you can hold in your hand, something trustworthy,” says Dr Vaz, who researches cryptocurrencies and the influence on financial markets.

During this time there have also been some substantial drops in sharemarkets around the world – and the most well-known cryptocurrencies have followed very similar trajectories, according to Dr Vaz.

Why?  “My conclusion is that in a crises people react in similar ways regardless of which market they act on,” Dr Vaz says. “Cryptocurrency is nowhere near as stable as gold over time, a commodity that bitcoin tries to emulate in a virtual sense.”

Dr Vaz says there are three different categories of Bitcoin users: investors looking for a diversified investment including speculators; people who use it as a form of money to acquire and pay for things; and operators who actually participate in the bitcoin ecosystem.

Dr Vaz is sceptical of this system and believes it is subject to manipulation.

“There are promises of cryptocurrencies being independent and trustworthy, but the observable data suggests it can be manipulated somehow and as we have seen it doesn’t offer any protection against the market.”

Markets on a wild ride

So if global sharemarkets are so volatile, where are people placing their investments?

Most investment classes have dropped. Gold and the US dollar have maintained reasonable value. Both are the traditionally favoured hedge and safe havens respectively, against tough times, and both have fared better for their investors than cryptocurrency.

“During a crisis, everything will move down together for a while but an asset like gold won’t fluctuate as much as it is the popular perceived safe ground,” says Dr Vaz.

Although cryptocurrencies are not proving to be as immune to markets as they make themselves out to be, they are still likely to play a role once the current crises pass and the effects on fiat-based financial markets and the real economy flows through.

This will depend in no small part on confidence in the financial system and the money underpinning it. Cryptocurrencies as an alternative form of money may increase in importance depending on how governments handle the interplay of the macroeconomy with monetary policy, government debt and fiscal policy.

Slower economic activity as a result of the pandemic is inevitable as small businesses struggle to survive, unemployment rises and people refrain from anything but essential spending.

“With reduced activity and employment, people are forced into indebtedness, seek government aid or resort to using their savings to sustain them and investments will invariably decrease and the gross domestic product contract,” he says.

What about the future?

To keep Australia’s economy going, the government is implementing measures such as increasing money available, subsidising firms, lowering interest rates and increasing debt. This always comes at the risk of high inflation and traditional fiat money may devalue significantly.

Dr Vaz says that may alter attitudes of both consumers and investors, who post-crisis may lose confidence in the Australian dollar and resort to currency substitution such as the US dollar to preserve their buying power.

In addition, they could turn to other assets to protect wealth such as gold and even some of the main cryptocurrencies. These may increase both in popularity and value if confidence falls in fiat-based assets, given the finite supply constraints of the latter assets.

How well the government copes with the situation in terms of managing the financial aspects of the economy post-crisis will be decisive for the future role of cryptocurrencies, he believes.

“Bitcoin definitely has a place post-crisis if governments make a mess of the fiscal and monetary policy. If people don’t trust traditional money, this could be the armageddon of fiat currency and bitcoin will be seen as more reliable. It’s all about trust,” he says.

Why have 'safe haven' cryptocurrencies sunk with the markets?