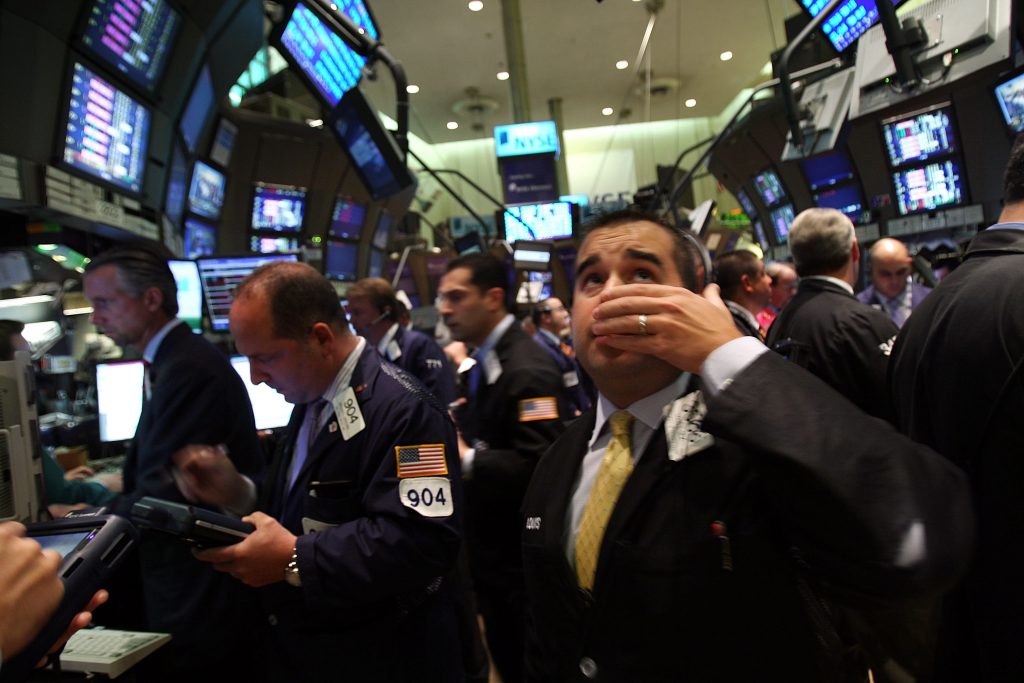 Following the 2008 crisis, those tasked with steering the global economy out of a recession through corporate bailouts had one thing on their minds.

Confidence is the first casualty of a crisis. Once lost, it’s not easy to regain.

Nowhere is confidence more critical than in financial markets.

When the markets suffer a crisis, confidence goes into a freefall and markets freeze.

It is generally up to the government to bail out banks and other financial institutions and pull the economy out of a death spiral.

The billion-dollar question is – how?

In a forthcoming paper in the Journal of Finance, Professor Chongwoo Choe, Director of the Centre for Global Business at Monash Business School, considered how an optimal corporate bailout policy should be designed.

Together with co-authors Professor Yeon-Koo Che (Columbia University) and Assistant Professor Keeyoung Rhee (Postech) they developed a model of ‘bailout stigma’; where accepting a bailout signals a firm’s balance-sheet weakness and worsens its future funding prospects.

They found that to avoid stigma, high-quality firms either withdraw from subsequent financing after receiving bailouts or refuse bailouts altogether to send a favourable signal.

“Withdrawing leads to a short-lived stimulation with subsequent market freeze even worse than if there were no bailouts,” Professor Choe says.

“Refusing bailouts revives the funding market, albeit with delay, to the level achievable without any stigma. Thus, an initial lacklustre response to bailout offers does not mean a policy failure; rejection of bailouts can be a blessing in disguise.’’

He explains that a raft of multiple bailout programs worsens market freeze because more signalling opportunities compound the stigma problem.

Of course, the stigma problem can be avoided if the government conducts a bailout in secrecy.  Although secrecy may be difficult to achieve in practice, it can be done at the time of crisis.

‘Too big to fail’

History is littered with financial crises followed by large-scale government interventions, often involving a highly visible and significant wealth transfer from taxpayers to banks and their creditors.

Banks once labelled ‘too big to fail’ such as Lehman Brothers and Merrill Lynch came crashing down.

During the 2007-2009 Great Recession, the US government paid $125 billion for assets worth $86-109 billion to the nine largest banks under the Troubled Asset Relief Program (TARP), dubbed Paulson’s Gift, named after the Secretary of Treasury at the time, Henry Paulson.

As you can see, they paid above market value for the assets. Why? 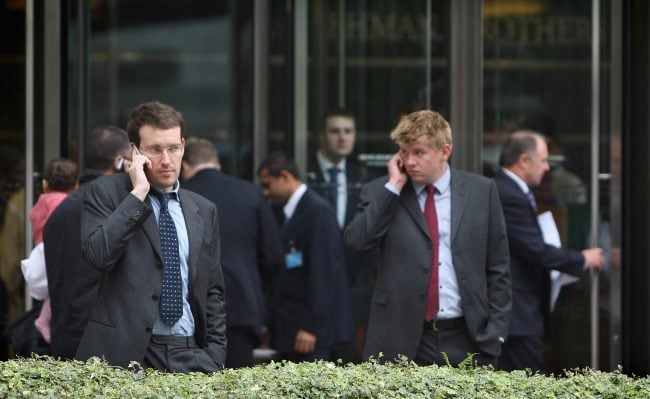 Workers wait outside Lehman Brothers’ London office in 2008, as the fourth-largest American investment bank announced it was filing for bankruptcy protection during the unfolding financial crisis.

The need to pay a premium for assets

“Bailout stigma necessitates the government to pay a premium over the market terms to compensate for the stigma. But even in the absence of stigma, a premium is necessary as shown by Professor Jean Tirole, the 2014 Nobel laureate in economics,” Professor Choe says.

Professor Choe offers a hypothetical by way of example.

Suppose the government offers $1 billion in a bailout to struggling companies in exchange for their assets. Only companies with assets below $1 billion are likely to sell. Those that are worth more will not sell.

The market then thinks the value of the assets that did not sell as more valuable – that is they must be worth more than $1 billion or they would have accepted the offer.

In this case, the government has cleared up the bad part of the market – this is what Professor Tirole calls “dregs skimming”.

Cleaning up the market

In a paper published in 2012,  Professor Tirole explains that the government’s main role at the time of the market freeze is the dregs skimming, which is why the government needs to pay a premium for the legacy assets.

“However, the flipside of such dregs-skimming is that bailouts can attach a stigma to their recipients, increasing future borrowing costs.”

The fear of this stigma may in turn discourage financially distressed firms from accepting bailout offers in the first place, undermining the effectiveness of such interventions.

But Professor Tirole considered only one round of government bailouts so that bailouts do not have any subsequent reputational effect.

Suppose a company with asset worth just under $1 billion accepts the bailout.  When there is a second round of asset sales, the market will trade down this company’s asset as if its value is the average of all the assets that were dregs-skimmed.  This is the cost of bailout stigma.

Then, what if the same company refused the bailout?

“The market now believes the company’s asset is worth more than $1 billion.  So, the bailout stigma makes rejection of bailout offer an attractive way to build reputation and portray oneself as a healthy company,” Professor Choe explains.

What this means is that companies are more reluctant to accept the bailout in the presence of stigma.  This is the rationale for the government paying a premium over and above the premium paid in the absence of the stigma.

There is plenty of evidence that fear of stigma is real.

Participants in the TARP were eager to exit the program early, citing stigma as their main motivation.

The Signature Bank of New York was one of the first to repay its TARP debt of $120 million for this reason.

Its chairman, Scott A. Shay, said: “We don’t want to be touched by the stigma attached to firms that had taken the money.”

It is also well known that Jamie Dimon, CEO of JP Morgan Chase, wanted to exit the TARP to avoid the stigma. He told Bloomberg in 2009 that he was eager to repay the ‘Scarlet Letter’ that was TARP. 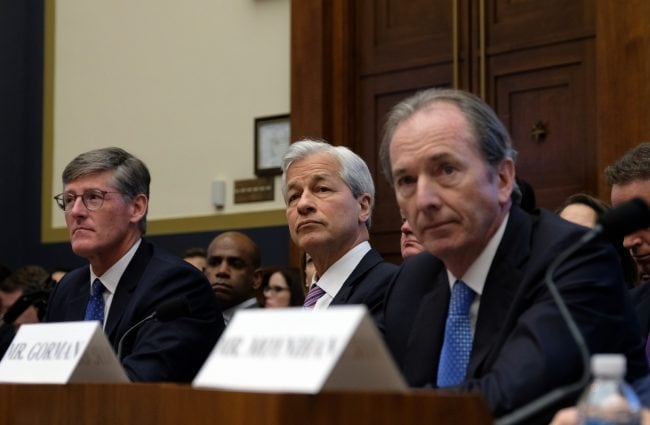 The main takeaway from the paper by Professor Choe and his co-authors is that optimal bailout policy in a dynamic setting is quite different from the one in a static setting.

First, dregs skimming is no longer the feature of optimal bailout policy.  Second, bailout offers need to be generous to compensate for the stigma attached to the bailout recipients. Third, delayed market rejuvenation is a good thing, as it means market signalling is working by allowing high-quality firms to refuse bailouts to send a favourable signal.

According to Professor Choe, another important policy to consider is to hide the identity of those who took the bailout, called secret bailouts.

“The reason why the stigma arises is that the market knows who took the bailout,” he says.

But if the identity of those companies taking the bailout remained secret, the market would be unaware, and the stigma would not exist.

“Of course, the market would scream that this is not politically sound, the lack of transparency would be astounding. But stigma is a huge problem,” Professor Choe says.

He believes secret bailouts, subject to some conditions, can be a better way to conduct bailouts.

“At the time of crisis, new laws are enacted such as the 2008 Emergency Economic Stabilization Act in the US during the Great Recession,” he says.

“The condition can be incorporated into the law such that the terms and identities of bailout recipients will be in the public domain after a certain period of time with criminal liability for any wrongdoings.”

But how long would policymakers need to wait before it is safe to divulge the details?

“We would suggest a period of around 10 years. By that time, it would not make a difference to the value of the assets as things would have moved on,” Professor Choe says. 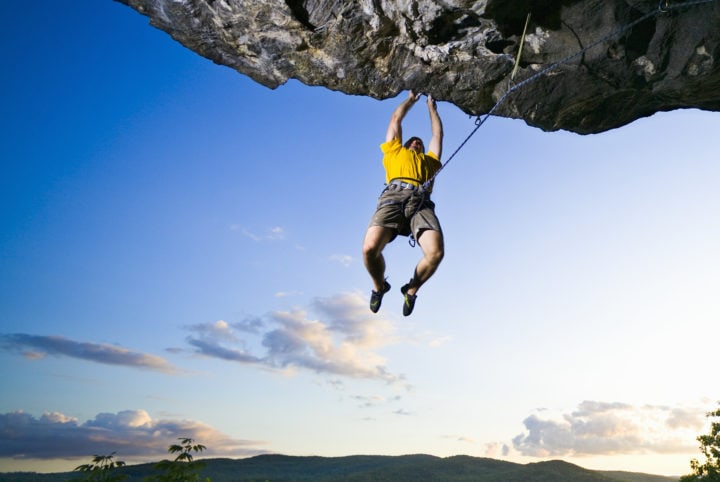 Paying over the odds: Bailout 'stigma' and its role in saving the world economy