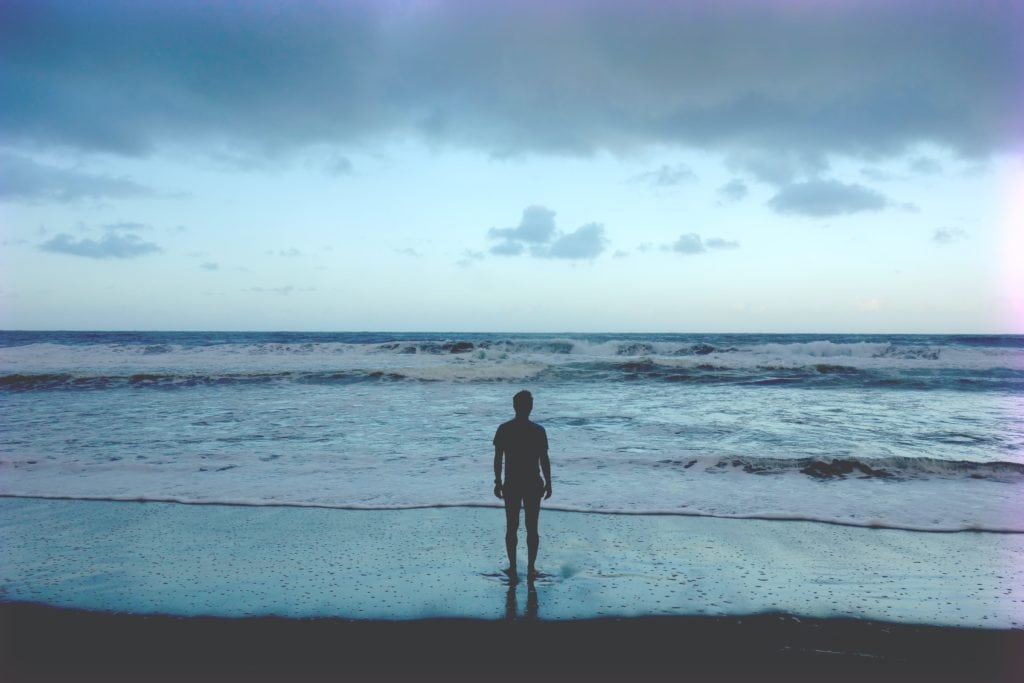 Loneliness has an economic cost.  As a new study reveals its link with mental health in Australia, what can be done?

It is therefore no surprise that loneliness is now part of the national discussion around public health policies.

When the COVID-19 pandemic hit, this heightened the need for the community to understand the impacts of loneliness on the broader community.

At the onset of the COVID-19 lockdown last year, the Royal Commission into Victoria’s mental health system issued a statement outlining how the pandemic had shifted the social and economic landscape in which we live. The Commission stated that there was an urgent need to reduce the impact of loneliness and isolation by keeping socially and emotionally connected.

Dr Claryn Kung, Dr Johannes Kunz and Professor Michael Shields from Monash Business School’s Centre of Health Economics have investigated the often-overlooked area of the economics of loneliness. Their recent findings were published in The Australian Economic Review.

Professor Shields explains that loneliness is not just about the availability or frequency of social interactions, it is a discrepancy in what an individual perceives as their current situation, relative to the desired frequency and quality of their interactions.

“It is a distressing and pervasive experience and has been described as social pain,” Professor Michael Shields says.

“It can be thought of as a measure of scarcity, that is, having less than you feel you need.”

Loneliness is an economic problem

Importantly, he believes that with regard to policy responses, loneliness is not simply the same as social isolation: some people appreciate solitude, while others can be surrounded by people but still feel lonely.

“The correlation between loneliness and social isolation is moderate at best,” Professor Shields says.

“We would argue that besides being a public health issue, loneliness is an economic problem.”

The research provides evidence on trends in loneliness for different age groups, and the extent of the socioeconomic gradient in loneliness.

“We also illustrate the strong relationship between loneliness and mental health in Australia, as well as how it relates to physical health and healthcare usage,” he says.

“Our aim is to encourage more economics research on loneliness, particularly relating to identifying causal relationships, and undertaking rigorous economic evaluations of policies and interventions.”

Who are most lonely? Young women.

While it is often thought that loneliness is prevalent only among older individuals, the data shows this is not the only case.

The longitudinal Household, Income and Labour Dynamics in Australia (HILDA) Survey proved a powerful tool for investigating the socioeconomic aspects of loneliness.

The survey has tracked a large, nationally representative sample of adults for up to 19 years (2001–2019), where experiences of loneliness and social support, and information on aspects of social isolation, are captured every year.

Respondents were asked to rate the extent to which they agree with the statement ‘I often feel very lonely’ on a Likert scale between 1 ‘strongly disagree’ and 7 ‘strongly agree’.

The study defines loneliness as reporting a value of 5, 6 or 7 (agree that they are often lonely).

Researchers charted the responses of male and females aged from 15 to older than 65 years, revealing crucial trends for policymakers.

As the charts below show, females have a significantly higher prevalence of loneliness than males within each age group and every year. Young women aged between 15-24 years report the highest levels of loneliness of all groups.

Worryingly, loneliness is a problem not only for older individuals in Australia, among whom around 16.1 per cent are reportedly lonely; around 15–20 per cent of those aged 15–24 years can also be categorised as lonely.

“Since around 2013, those aged 15–24 have displayed an increase in the proportion agreeing with the statement that, ‘I often feel very lonely’,” Dr Johannes Kunz says.

There is a small note of reassurance for older women. “While they found no clear pattern for older males, there is a continual decline in the proportion of female respondents aged over 65 years reporting to be lonely,” Dr Kunz says. However, even these levels are not substantively lower than the highest levels reported by men.

The study raised important research questions to address such as: in a rich country such as Australia, why are so many young people reporting to be lonely? To what extent do lonely youth become chronically lonely adults?

Interestingly this implies that the most effective policy responses are likely to differ when aimed at reducing loneliness in the young relative to the old.

The difference in loneliness between respondents in the lowest and highest household income quintiles, and the difference between those living in disadvantaged and advantaged areas, is even greater.

“When we look at how loneliness is related to age, marital status, education, household income and SEIFA deciles (referring to Socio-Economic Indexes for Areas, the summary measure of the usual residents in an area) together, we find that significant and substantive socioeconomic gradients in loneliness remain,” Dr Kung says.

There were also differences between respondents residing within the lowest and highest SEIFA areas with 7.1 and 5.6 percentage points for females and males, respectively, after controlling for education and income.

“Around 15 per cent of females and 13 per cent of males with a college‐level education report loneliness, but this is about 70 per cent higher among respondents who did not complete high school,” Dr Kung says.

The lonely use more healthcare

With regard to healthcare usage, as expected they observed increasing doctor visits and hospital admissions with age, but from the young to the old, being lonely is markedly related to greater healthcare usage.

However, Professor Shields explains that it would be an enormous challenge to identify the costs to the healthcare system that can be attributable only to loneliness, and thus saved by reducing its prevalence and severity.

Besides the costs of mental and physical health more generally, there is an excess of other potential risk factors, including lifestyle and health behaviours, that are likely to confound this relationship.

“Loneliness is complex in that it involves health care use, physical as well as mental health issues and varies by socio-economic characteristics,” Professor Shields says.

“This suggests that effective policy interventions need to be targeted to the individual’s circumstances and needs.”