Prescott Family Foundation lecture series: What does a modern worker look like? 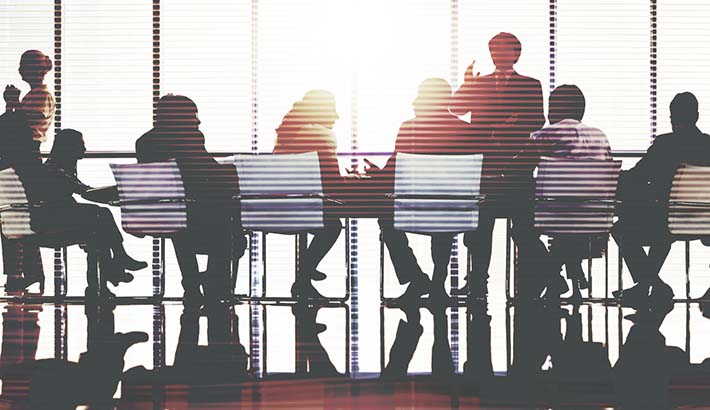 The way we work is in constant flux, turbo-charged by demographic, technological and social changes. What does the present world of work for the modern worker look like? What can younger people today expect from their career? What expectations do they have of their leaders?

These were some the of the questions posed by Professor Peter Wilson, Chairman Australian Human Resources Institute Limited and Adjunct faculty member, in the inaugural Prescott Family Foundation lecture, held on October 10, 2016.

“There is no doubt the world of work itself today, is a giant work in progress,” he told guests. “What forces are at play in our daily working lives, and which of them can we control, and what must we accept are those that now control us?”

Here are some additional highlights from Professor Wilson’s speech:

Five new characteristics in the way we work:

Professor Wilson explains the impact of these digital forces at work is being compounded by two demographics and diversity. Future working lives will need to be reinvented and span nearly 70 years, while more women are making their way into full-time careers.

“Further we are pushed further into diversity at work by responding to compelling claims for inclusion from Lesbian, Gay, Bi-Sexual, TransGender, Intersex, and Questioning (“LGBTIQ”), Indigenous, people with disabilities, and other nations and races working hard every day, or seeking to, throughout this great country.”

Professor Wilson says, “In the last two years my institute has observed four critical features of the digital ‘me’ generation that have emerged to create a ‘top dozen’ of younger worker needs”.

These are: extensive workplace flexibility that offer continuous work life integration; access and active input into their careers and company; instantaneous rewards, and continuous feedback and recognition; and “access to talent development activities, almost as of right”.

“From an employer’s perspective however, those demands from digital millenials aren’t always seen as rational or sustainable. However, the war for talent has been won by talent even if somedays they look confused on how best to use their victory.”

“Today the successful new digital disrupters are very disciplined about their informal organisational size and management levels, and that rigour is having its impact on big organisation thinking and practice,” he says.

“As an illustration, Uber hold themselves to only three core leadership levels in any country: a city GM; a head of community; a head of pperations; and the rest of the Uber organisation must adapt to that, because Uber Central says so.”

“The move to the new leadership school is inevitable, but the battles in this silent war continue as the control commanders are unwilling to give up what has delivered them material personal benefits. While retirement is seeing most of them off, many are leaving indelible marks on others who follow them, and that second generation influence is proving difficult to eliminate,” Professor Wilson says.

“That is the area of mental health,” he says.

“Whilst I am sceptical of many of the public calls for business to do more in areas of life where others have a primary responsibility it suits them to ignore, mental health is an exception where the average experience in Australia is well below potential best practice.”

The John Prescott lecture is proudly sponsored by the Prescott Family Foundation in partnership with Monash Business School.

Prescott Family Foundation lecture series: What does a modern worker look like?