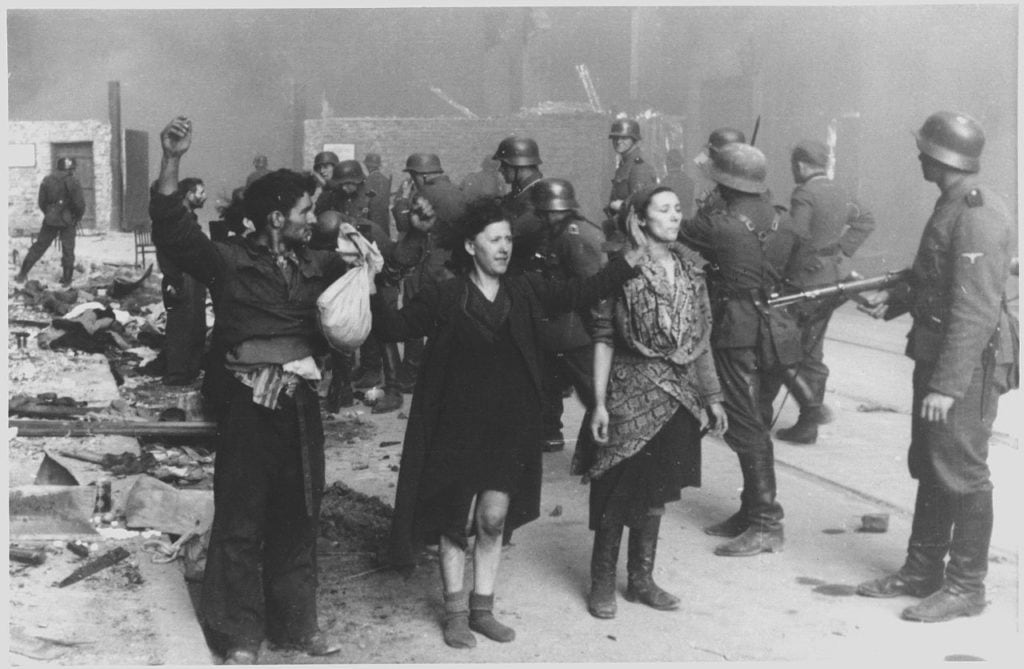 A new book paints a fresh picture of the Germans who sought to resist – and mostly, failed to thwart – Hitler’s brutal Nazi regime.

We live in a time when the future of democracy itself appears under threat. Indeed, according to the Economist Intelligence Unit, in 2016 only 4.5 per cent of the world’s population lived in “full democracies” compared to 32.7 per cent in authoritarian regimes.

If “hybrid regimes”, which blend elements of democracy with healthy doses of authoritarianism, are included, as much as 50.7 per cent of the world still live under regimes which are far from being democratic.

Understanding authoritarianism in its various forms, therefore, remains an important field of research.

But one aspect of authoritarianism that has attracted comparatively less attention to date is the study of those who resist the dictator’s claim of total authority from within.

Perhaps somewhat surprisingly given the brutality and comprehensiveness of state terror, the histories of most authoritarian regimes are marked by at least some degree of internal resistance – admittedly, at most times, by just a very few.

And unless they prove successful in toppling the regime – and the vast majority of such resisters do not realise their goals – the tendency is for their stories to be ignored or, if not totally forgotten, then perhaps in a later, more enlightened era, to be depicted in highly monumentalised forms.

Nazi Germany, one of the most tyrannical regimes of all time, certainly conforms to this pattern. Between 1933 and 1945, small numbers of Germans and Austrians actively resisted the Nazi regime from within, challenging its legitimacy, undermining its support in the community and offering alternative futures to their nations.

In research recently undertaken with Wayne Geerling from the University of Arizona, we have sought to extend our knowledge of such resistance.  To do so, we have compiled from official records a database of individuals charged with high treason and treason who appeared before the central courts of the Third Reich. 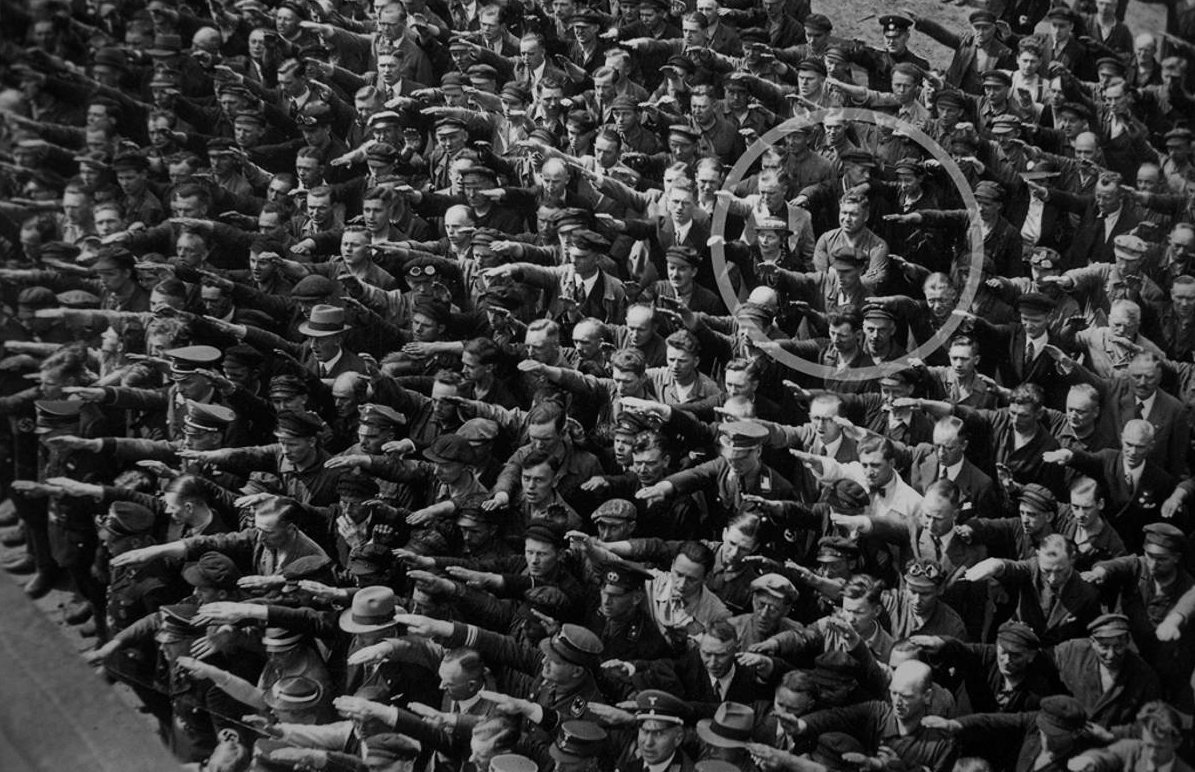 An unidentified person (possibly August Landmesser or Gustav Wegert) refuses to give the Nazi salute at the launch of the naval training vessel Horst Wessel on 13 June 1936. Source: unknown (Public Domain).

Analysis of this database affords new vistas on not only the configuration, timing, impact and profile of serious resistance to the Nazi state, but also on a range of real-world behaviours common within authoritarian states, such as defection, reward and punishment, and commitment to group identities.

For us, perhaps the most striking feature of our study of German and Austrian resistance has been the great diversity of people who, for one reason or another, were drawn into it.

By taking a systematic quantitative perspective, we are able, for example, to offer a new periodisation of resistance, in which the struggle against the regime peaks in the first half of 1942 – much earlier than traditionally thought.

This finding challenges the widely held notion that serious home-grown resistance to Nazism only really began in the aftermath of the crushing defeat of the German Sixth Army at Stalingrad or the D-Day landings in Normandy.

We also found that the patterns and prevalence of resistance varied by age, ethnicity, gender, region, and socioeconomic status.

That said, serious resistance was overwhelmingly an activity of a male, ethnically German, blue-collar worker aged in their 30s or early 40s.

Yet beyond this norm, various other shades of resistance could, and did, blossom. Each of these strands had their distinctive and distinguishing features.

The spike of high profile, middle-class, military and professional resistance predominately by older males in the last year of the war is perhaps the best known. But there were others. Foreigners, stateless people, and those of Jewish ancestry, though less visible, were in fact disproportionately more active in serious resistance.

Likewise, juveniles and women offered their own distinctive varieties of resistance, which because they tended to depart from archetypal images of resistance, have hitherto generally been under-recognised. 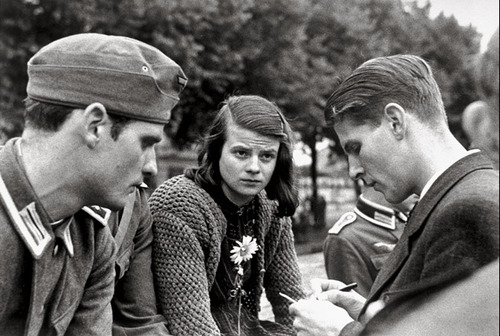 Our study has also devoted considerable attention to what might be called the post-resistance stage of the resister’s experience, namely, that period between their arrest and trial. In particular, it reports the results of quantitative analyses that have shone new light on, firstly, the life-determining choice made by all detainees in Gestapo holding cells and interrogation rooms – to cooperate with the authorities or not – and, secondly, the determinants of sentencing outcomes.

With regard to the former, in analysing a context that is about as close as one can get to a real-world example of a “prisoner’s dilemma”, we found that, despite the enormous incentives for an individual to cooperate – nothing less than the securing of one’s life and liberty – somewhere between one-in-four and one-in-five detained resisters remained quiet and did not divulge information about themselves or their collaborators to the Gestapo or prosecutors.

Diversity of those drawn into the resistance

Exploring what made such defendants behave as they did, we discovered that higher education levels, a strong commitment to a more dogmatic variety of ideology or theology, shared identities between co-defendants, the idealism of youth, and having a strong sense of community were all factors that discouraged cooperation with the authorities while in custody.

Beyond the fate of resisters, though, these findings suggest more generally that investing in social capital and encouraging deeper engagement with civil society may be two ways in which communities can mitigate some of the baleful ramifications of individualistic, self-interested behaviour. 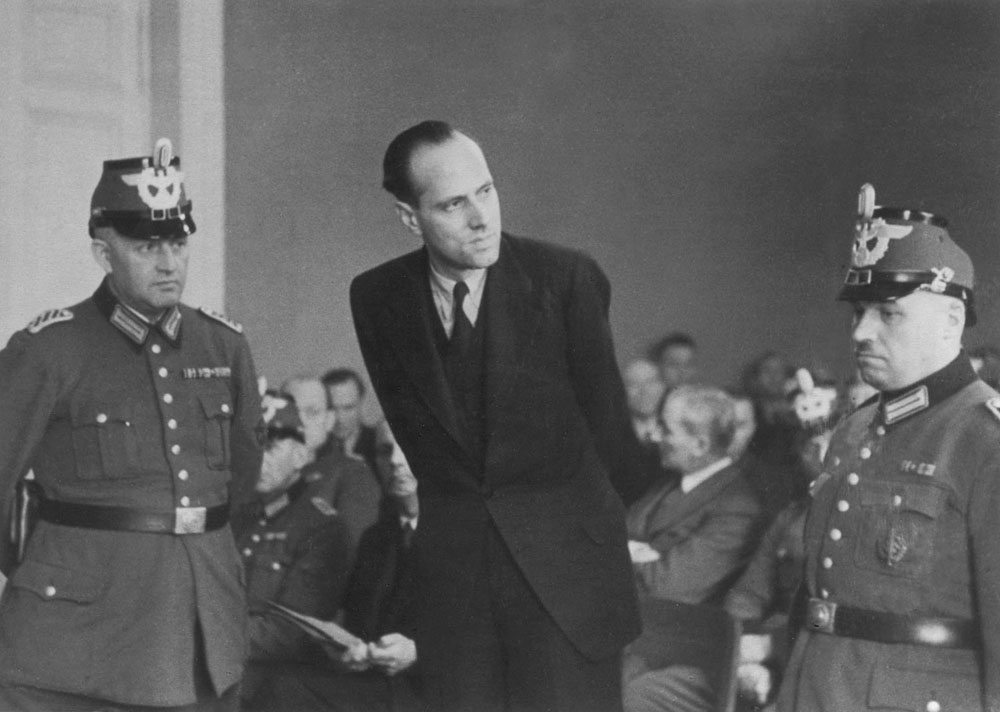 Our statistical analysis of the sentences handed down to resisters adds weight to those who have argued for a more nuanced understanding of the workings of the courts in authoritarian states.

Most resisters, far from being the heroised figures often propagated, were in fact normal, everyday Germans and Austrians.

Among other things, it has revealed previously unnoticed systematic variations in the decision-making behaviour of the regime’s judges. We have found that judges consistently factored – each to different degrees, of course – specific aspects of the defendant’s background and life experiences into the sentences they handed down.

Younger and older resisters; women; the better educated; those active in non-political and non-religious community organisations, or married, or with no prior convictions, or who showed “good character” by cooperating with the authorities were all more likely to receive some extent of leniency.

Moreover, sentencing was also shown to have been influenced by the depth of the judge’s ideological commitment to National Socialist ideology (which ceteris paribus – all other things being equal – encouraged harsher sentencing), the extent of their judicial experience (which could predispose them to relative leniency), and their susceptibility to the transference of negative emotional feelings from a disturbing external context to their courtroom. 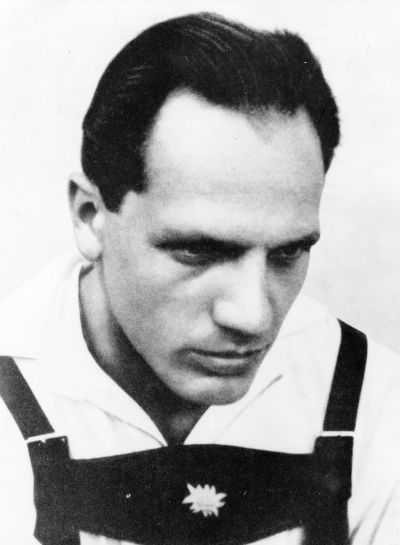 For us, perhaps the most striking feature of our study of German and Austrian resistance has been the great diversity of people who, for one reason or another, were drawn into it.

The attributes needed to stand up to the terror and brutality of the Nazi regime clearly did not belong solely to any one type of individual. Indeed, rather than being taken by the otherworldliness of the resister, we have instead been struck by their ordinariness; indeed, by the very ordinariness of bravery itself.

Most resisters, far from being the heroised figures often propagated, were in fact normal, everyday Germans and Austrians, with basic educations and ordinary blue-collar jobs, living standard lives, virtually unknown to all but their families, friends, and colleagues.

What made them special was their involvement in the resistance.

It was their persistence and belief in the rightness of their actions that drove the resistance against National Socialism and ensured that its dystopian vision would not go unchallenged.

In this most crucial of regards, those who resisted, despite their failure to dislodge Hitler, succeeded. It was a victory that lay not in the concrete achievements of a few, but in the endurance of many.

Wayne A. Geerling and Professor Gary Magee are authors of Quantifying Resistance: Political Crime and the People’s Court in Nazi Germany, published by Springer, September 2017.

The 'ordinary' bravery of resisting tyranny from within