Why wages are higher and other tales of the city: with Professor Tony Venables

“An absolutely charismatic figure for graduate students like me.” How a Nobel prize winner helped Oxford Professor Tony Venables pioneer the study of cities and spatial economics.

Often there are people who have a profound effect on our lives. Mentors we hope to emulate.

For Oxford University’s Professor Tony Venables, there were two huge figures presiding over economics when he was a graduate student studying international trade at one of Britain’s most prestigious universities and he was lucky enough to know both ‘pretty well’.

As it happened, he was supervised by them – Sir James Mirrlees whom he describes as a ‘straight-laced Scottish Presbyterian’ who was a very impressive ‘mathematical’ economist. The other was Joseph Stiglitz.

In those days world-renowned American economist Stiglitz was still in his early 30s and a full professor at Oxford. “An absolutely charismatic figure for graduate students like me,” Professor Venables says. Both mentors were later awarded Nobel Memorial Prizes in Economic Sciences.

Professor Venables now has his own distinguished career.  He is Professor of Economics at the University of Oxford where he also directs the Centre for the Analysis of Resource Rich Economies.

As one of the pioneers of ‘new economic geography’, he has published extensively in the areas of international trade and spatial economics (most simply defined by encylopedia.com as ‘the economic study of what is where and why’) to explore why economic activity and incomes appear to cluster so unevenly, between regions and even countries.

For instance, why do some cities like London become known for financial services? Is there a geographical reason Silicon Valley has developed as a technology hub?

Touring Australia recently to discuss the Economics of Cities, he had the opportunity to sit down with Monash Business School Deputy Dean Professor Richard Hall, for the second episode of our video series, Impact Exchange. 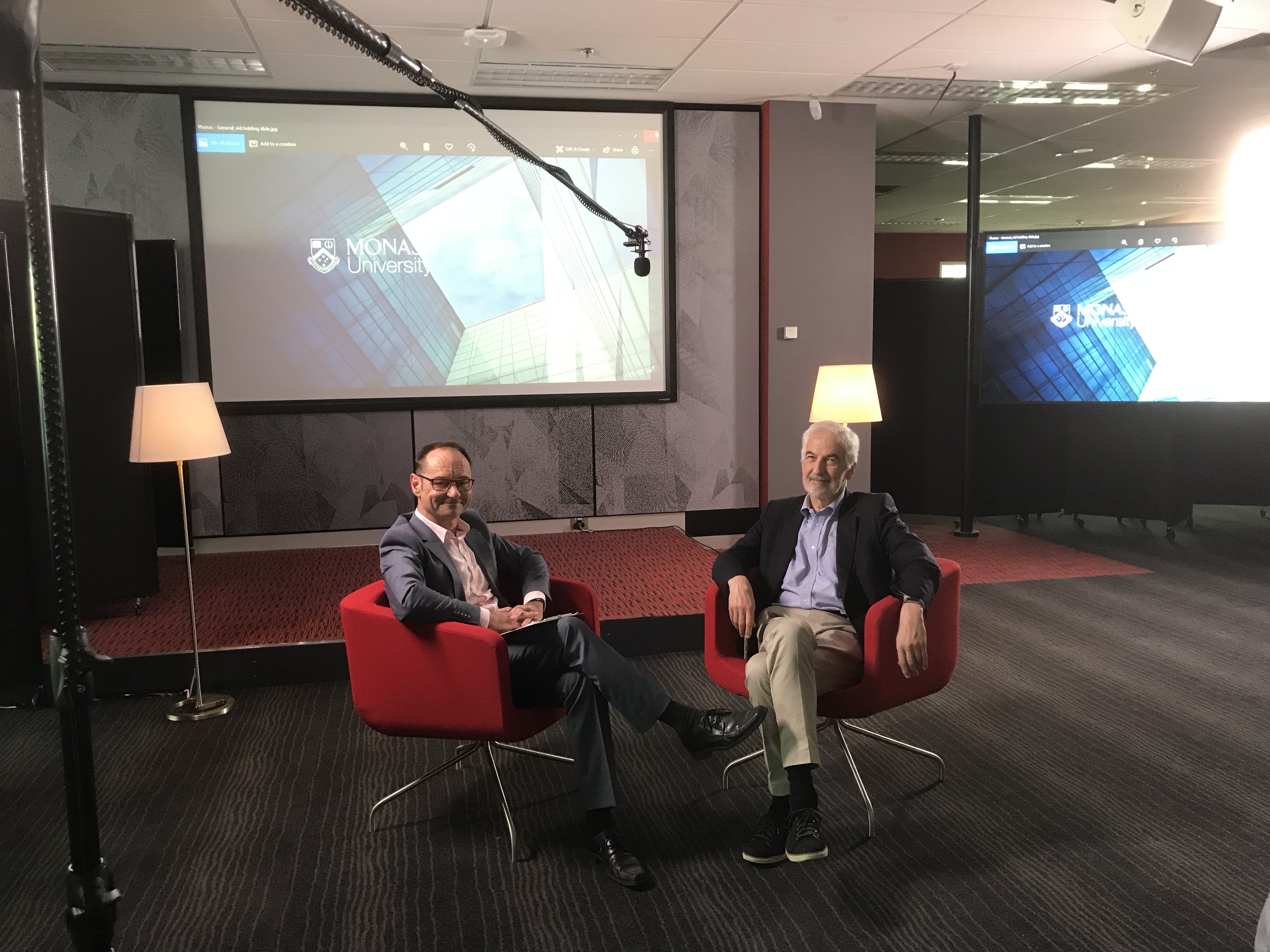 Where are we most productive – cities or regions?

If you answered ‘cities’, you’re not wrong. “There’s lots of evidence to back up this claim – productivity is 60 per cent higher in London than in the rest of the United Kingdom,” Professor Venables says.

“Urbanisation is, of course, one of the great mega-trends of our time, pivotally involved in both the policy of economically advanced and developing countries.”

In this episode, they consider what makes cities and regions distinctive.  Have planners helped create this specialisation, or does it happen naturally?

Australian cities are also dealing with the challenges of urban sprawl.  The key is infrastructure, says Professor Venables.

“Planning is essential, the market can do most things, but the centre needs to be defined so that investors know where to build,” he says. “This could be a city plan, or by putting in infrastructure. (When) the rail link is there, that’s the place that develops, not someplace else.”

Then there are the issues of how we pay for the infrastructure and other commitments in an era when governments have limited resources.  What is the most effective efficient and fair way we can fund infrastructure?

For Professor Venables, a land tax of some sort is the obvious choice, suggesting that urban land should be taxed higher because land increases in value due to the activity going on in the city.

“Who benefits from that productivity? The people who really benefit are those who own land in the city centre,” he says.