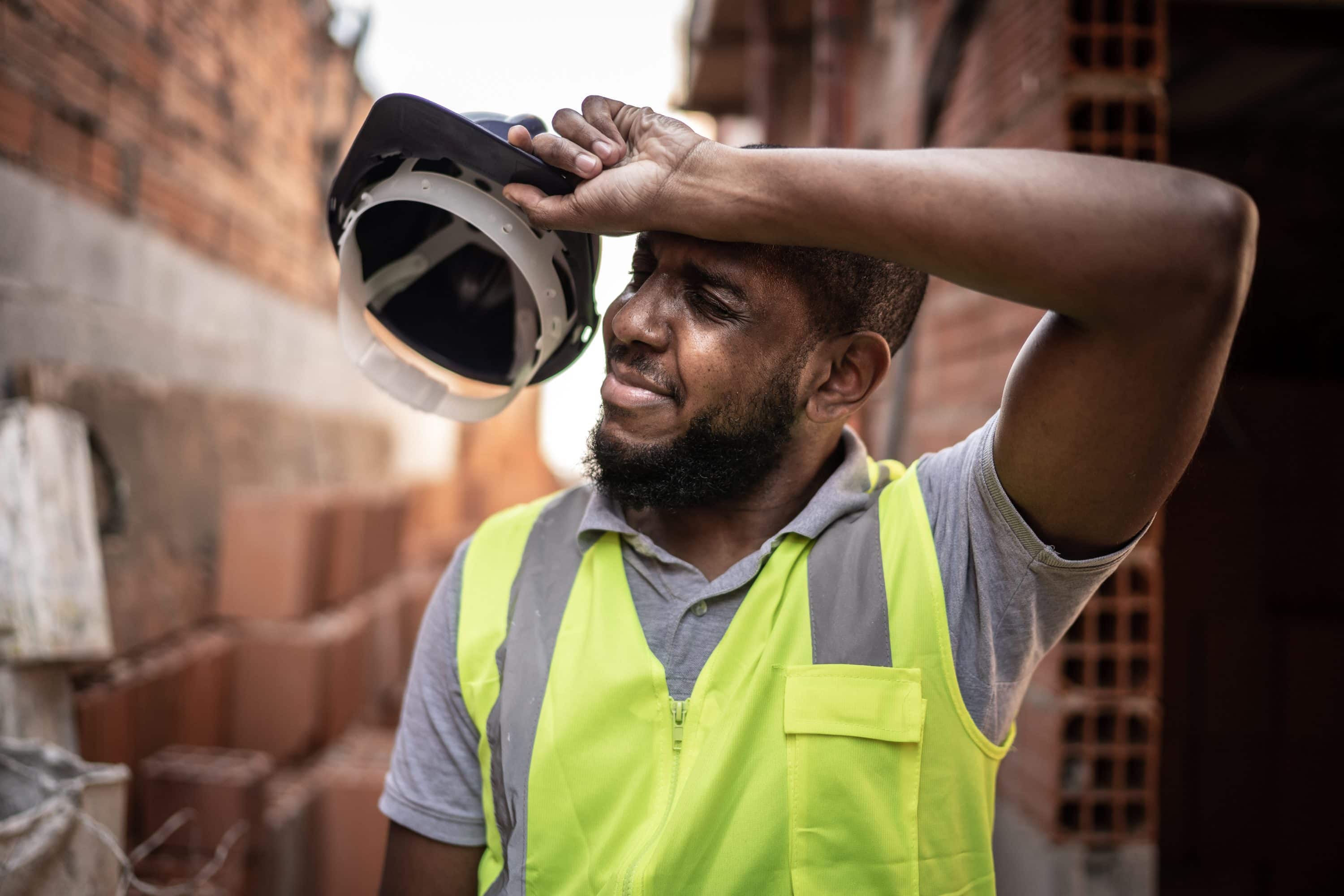 Workers will feel the impact of rising temperatures not only through dehydration and heat stroke, but from a wide range of accidents due to attention lapses and environmental hazards.

New research from the Centre for Health Economics using data from WorkSafe Victoria shows that high outdoor temperatures increase workplace injuries and accidents. Manual workers – particularly those in outdoor industries where avoiding the heat is not possible – are most at risk.

PhD candidate Andrew Ireland from the Centre for Health Economics, with his supervisors Professor David Johnston and Dr Rachel Knott, investigated the impact of heat on Victorian workers.

The results suggest that machinery failures and decreased concentration may explain the additional injuries, which affect virtually all parts of the body.

The study used over two million claims submitted to Victoria’s mandatory workers’ compensation scheme from 1985 to 2020 to measure the occurrence of workplace injuries.

Manual workers are disproportionately affected by heat throughout the 35-year period, particularly in outdoor-based industries.

The study also shows that heat increases claims from various accident types and injuries. Naturally, high temperatures lead to an increase in dehydration and heat stroke.

However, hot days also experience a marked increase in burns, lacerations, and fractures to most parts of the body. This suggests that workers experience a reduced level of concentration during high temperatures.

“The effect is greatest for small and medium-sized construction firms, and is not limited to firms with a high number of claims overall. Even firms with a relatively low number of health claims experience a marked increase in afflictions on hot days.” Mr Ireland says.

The researchers provide evidence that the mechanisms producing the adverse impacts of heat on workers’ safety extend beyond a direct effect of heat on the body.

“The underlying presumption in the climate-economy literature is that the observed effects of heat are a result of human physiological limits. However, high temperatures also create a more dangerous environment with additional hazards such as hot surfaces, chemicals and fire,” Mr Ireland says.

“The direct effect of heat on the environment is an important insight for the broader effects of heat on economic and health outcomes.”

For instance, reported excess mortality and reduced worker productivity on hot days may also plausibly result from factors unrelated to human sensitivity to climate – such as machinery malfunctioning.

“Effective heat policy should not only address workers’ physiological needs, but also the hazards around them,” Mr Ireland says.

The study shows the impact of heat is largest in the last five years, which have been the warmest on record.

“High temperatures have remained a significant threat to workers in Victoria throughout the 35-year analysis period, despite considerable policy attempts to address the risks,” Mr Ireland says.

Workers may make changes to adapt to a warming climate in many ways such as altering their working hours, wearing lighter clothing or taking longer breaks. However, along with prior research, the Monash team found there may be limits on workers’ ability to adapt.

“In Victoria, workers already take more leave during the hottest months, and so further avoidance of work to reduce risks is increasingly difficult or infeasible,” Mr Ireland says.

While Victorian workplaces have introduced measures to mitigate workers’ risk to extreme heat, including heat thresholds for the cessation of work, this may not be enough.

“Our results indicate that these measures have helped improve worker health on days with temperatures above 36°C, but health risks increase at even modest deviations from workers’ thermal comfort zone,” Mr Ireland says.

Along with these human costs, there are also financial liabilities imposed on the community by rising temperatures.

Work-related injuries in Victoria were estimated to have cost A$14.6billion in the 2012/13 financial year, which was equivalent to 4.4 per cent of gross state product, according to 2015 data from SafeWork Australia.

These estimates included costs for medical expenses and loss of earnings for injuries and illnesses occurring at work. However, other costs such as damage to property or well-being losses, such as pain and suffering, were not included.

In 2015, SafeWork Australia estimated that 74 per cent of the costs were borne by workers, 21 per cent by the community and only 5 per cent by firms. The largest contribution to the cost was for reduced long-term earnings and productivity.

Based on corresponding unit costs, the researchers calculate the additional cost of workplace injuries and diseases attributable to an increase in hot days.

“We estimate the warming that has occurred in Victoria’s climate since 1985 costs AU$35.6million each year in heat-related injuries and diseases at work, and this figure would be much more if pain and suffering costs were also included,” Mr Ireland says.

This research uses unit record data from the Compensation Research Database (CRD). The CRD contains administrative data from WorkSafe Victoria however the findings and views reported in this publication are those of the author/s and should not be attributed to WorkSafe Victoria.