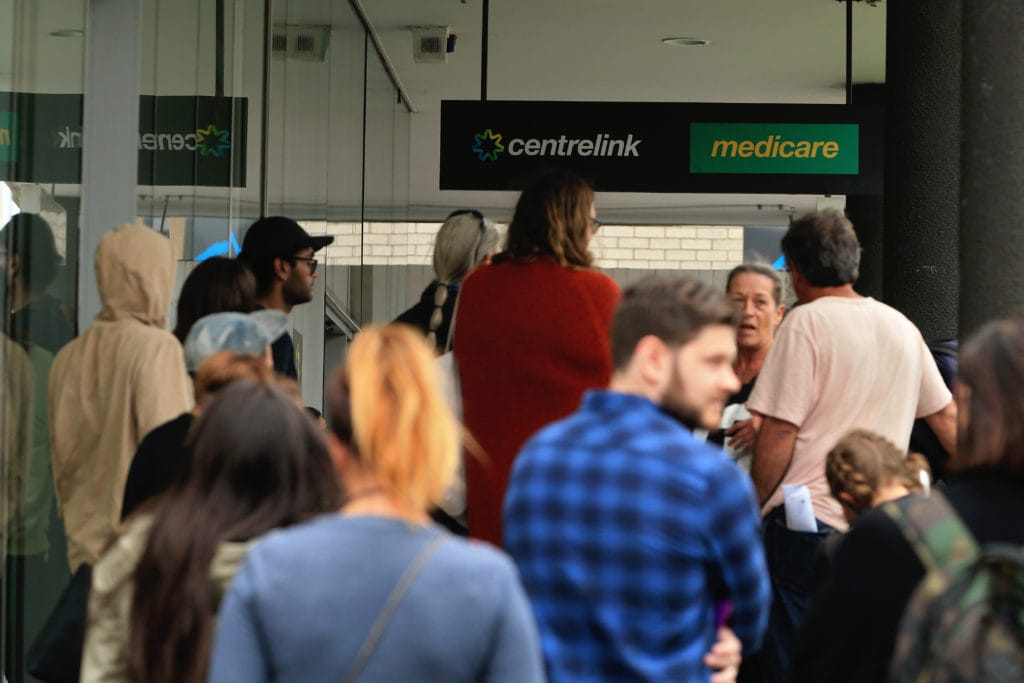 With the COVID infection curve flattening, attention now turns to plans that will transition Australia to normal economic activity.

With real signs that Australia has managed to flatten its curve of COVID-19 infections, a transition to normal economic activity is centre stage. The next steps will be critical and one of the main issues all countries are now grappling with is ways to safely bring non-essential workers back into the economy.

Prime Minister Scott Morrison has laid out a three-stage plan to re-open Australia’s economy; each state is in the process of lifting restrictions and has made the decision on individual grounds. But it’s agreed opening up must be cautious and gradual because of the very real possibility of fresh outbreaks (as occurred in Singapore) that may jeopardise hard-won successes.

The key idea of our suggested approach for a phased re-opening of the Australian economy is around issuing renewable limited-period (temporary) work passes, based on a major expansion of the current testing regime to non-symptomatic workers, using age as a one of the main prioritising criteria.

We’ve drawn upon the burgeoning research internationally, as well as observations about the nature and severity of infections related to important demographic attributes, and drawn on insights from the rapidly growing international discussions around proposals for returning people to work.

Why test by age?

We’re suggesting short-duration work passes be issued to general workers based on an initial negative COVID-19 test result or recovery after a positive COVID-19 test; then renewed upon a negative re-test result; or if symptomatic before it expires, retested and revoked if positive for COVID-19.

The distribution of these passes would be prioritised primarily – though not solely – on age categories, after taking into account whether these workers were engaged in essential services.

Why test by age? It’s been demonstrated there is a strong correlation both here and internationally between age and intensity of illness (especially mortality). In Australia, the median age of hospitalised cases was 60.5 years, with the highest proportion of hospitalised cases in the 60–69 and 70–79 age groups. The median age of deaths is 79 years.

While the young and old can certainly pass infections to each other, the older age groups are most vulnerable to more severe infection and the need for intensive hospitalisation. It does appear that younger people are at lower risk of requiring critical care.

So, this demographic pattern provides a reasonable basis for an approach that combines testing and age-based prioritisation for a phased plan of return to work.

Such an approach provides a triple layer of risk reduction. First, it is test-based, mitigating the risks of asymptomatic transmission. Second, it is staggered demographically by increasing risk of disease severity. Third, the limited duration of the passes aims to guard against the unknown length of immunity and the current error margins of testing.

Our calculations show that if 50,000 tests are conducted per day, in principle, all general workers could be tested in about 186 days (about six months).

To arrive at this estimate, we needed some illustrative figures in trying to work out how many workers other than essential workers could be prioritised by age, tested and issued temporary work passes subject to a negative test result.

We used labour force employment data from the Australian Bureau of Statistics to work out the age distribution of employed workers. As of February 2020 (just around the onset of COVID-19 in Australia), there were about 13.06 million (full-time and part-time) workers in the labour force in Australia.

We then assessed which workers were employed as essential workers in the health sector, grocery stores, chemists, farmers, key transport, logistical services. Our rough estimate is about 3.77 million.

(These workers should be offered work passes, which essentially amounts to formalising their current status, either with symptomatic testing, or they could be tested whether symptomatic or not, and issued limited period work passes it testing negative.)

We then prioritised the general workers in age groups.

Our calculations in Table 1 show that if 50,000 tests are conducted per day, Priority 1 workers, who make up the largest single group of Australian workers, could be tested and issued temporary work passes in 88 days; Priority 2 workers in about 78 days; and Priority 3 workers in 20 days, giving us our figure of 186 days.

If testing (Table 2) could be ramped up to 100,000 per day, this could be reduced to 93 days (about three months). Given what is at stake, in reality these are not very ambitious targets.

Please note that the numbers presented should not be taken literally, but only as illustrative of the kind of considerations relevant to this issue.

Age cut-offs for priority categories for Temporary Work Passes are suggestive and variations could be considered. Our intent is to present the key idea with illustrative numbers, while related alternatives could be developed building in any additional considerations.

The duration of the work pass would need to be calibrated both to the testing rate as well as epidemiological considerations.

Any plan would still need to be supplemented with additional protection for the elderly and a continuation of contact tracing and isolation measures for all (regardless of age) who test positive for the virus.

The other issue outside the scope of this short piece is the mechanics of how a voluntary testing regime of this kind would actually work – clearly requiring the support of both state and federal governments, unions and the private sector – as well as important privacy considerations.

It’s also important to note this approach differs from the ‘immunity passes’ being launched in countries such as Chile as the WHO has cautioned there is not enough evidence around antibody immunity to guarantee the accuracy of an ‘immunity passport’ or ‘risk-free certificate’.

Also, when the work pass has expired, the pass-holders will need to sign up for re-testing for a pass renewal.  Depending upon the rate of testing, if there are capacity constraints on testing, they may need to join a queue to wait for their turn for re-testing, while having to revert to work from home (WFH) status till such time that a re-test confirms their negative COVID-19 condition.

This isn’t ideal for the employer, worker, or the economy as it creates uncertainty.

But there is a large economic pay-off around widening and accelerating COVID-19 testing and re-testing, to gradually expand the set of people who can resume work.

Thanks to Professor Sisira Jayasuriya (Monash Business School), Professor Martin Ravallion (George Washington University) and  Dominique van de Walle (Fellow for the Centre for Global Development) for useful comments in the formulation of this article.