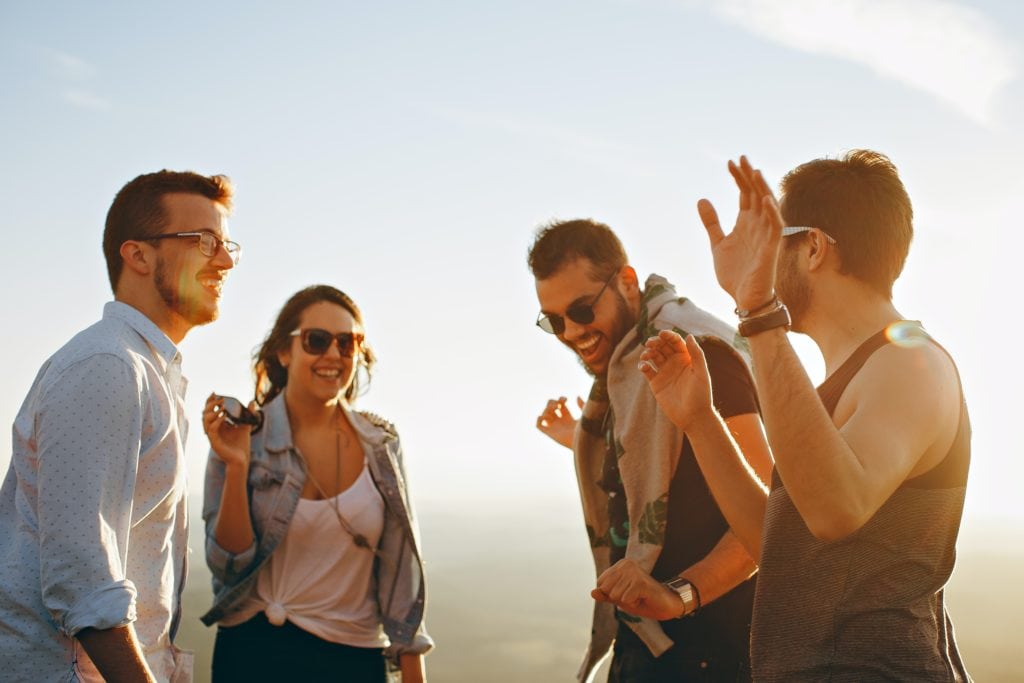 How much influence do your friends’ opinions have on your own political views?  Quite a bit according to research.

Do your friends hold the same political opinions as you? Is it possible that hanging out with a more conservative crowd will sway your views to also be more conservative? It turns out that yes, they will.

Research from Monash Business School has found that friendship groups can impact an individual’s own political views. This is particularly the case if your friends hold similar views, to begin with.

“Your friends’ political opinions have a direct impact on your views,” says Professor Yves Zenou from the Department of Economics.

“This also extends to friends of friends, though to a lesser extent, and then it stops.”

The recent rise of populism and political polarisation occurring around the globe sparked Professor Zenou’s investigation into the role that social interactions play within friendship groups.

He decided to examine this phenomenon by looking at the elite Sciences Po or The Paris Institute of Political Studies in France – a school renowned for its famous alumni of top French politicians since World War II.

“Sciences Po is a very important school for this study,” explains Professor Zenou.

“Students from this institution are generally more proactive in political movements and associations and have more exposure to politically orientated activities.

“Around 90 per cent of French prime ministers have been to this school. It is important to understand how these kids form their opinions because they are going to be the future politicians of France.”

In the week before first-year students start at the school, Sciences Po randomly allocates first-year students into groups – by alphabetical order into separate groups of around 16 students – in order to help them settle into the school. These integration groups are formed for just a week and are designed for social activities to bond the new cohort.

“The first question we investigated was what impact being in the same integration group had on two people being friends,” said Professor Zenou.

Sciences Po students generally do not know each other before their first year with around 75 per cent of the students coming from high schools from all over France.

“We found that students were 17 per cent more likely to be friends with the people in the same group as them. After they finished the integration week, we interviewed them and asked who their friends are, the people in their social network and to rate on a scale ranging from extreme left to extreme right (from one to 10), their political views.”

Six months later, the team revisited the students to ask them again to position themselves as to where on the scale their political views lay.

“What we found is that friendship tends to reduce the range of political opinions, particularly among friends with complementary views,” says Professor Zenou.

“For example, friends tended to join the same political association together and then that tended to reinforce their views. However, if the students had completely opposing views, friendship didn’t change those views.”

A significant reduction in the opinion gap between friends

Being in the same integration group significantly reduced the opinion differences between friends – by 30 per cent of the average opinion gap. Secondly, a friendship link between two students reduces their differences in political opinions by more than half a point (on a scale between one and ten) after just six months of friendship.

This effect is most powerful among students with similar political views – implying that because they had similar views, they were more likely to join similar associations, talk about their views, thereby reinforcing their opinions and pushing them to interact more on politics.

The friendship effect has an impact on polarization and extremism. Social interactions and friendship lower opinion gaps mostly by reducing when opinions drift apart, particularly among politically similar students.

The study shows how friendship reduces polarisation among groups of people who have slight differences. It has long-ranging implications for other contexts such as the assimilation of migrants and the labour force.

“This research has implications for how friendship can impact the labour market,” says Professor Zenou. “For example, if people with a more negative attitude towards their employer mix with people that like their job, there is a high likelihood they will develop a more positive attitude.”

In another study, Professor Zenou studied the assimilation of Syrian refugees into Turkish society. At a school, Professor Zenou studied classes of 20 children in the Turkish education system that had different percentages of Turkish students and Syrian students. It found that if students were forced to mix with each other, they had a better chance of developing friendship and of assimilating better.

“Our results suggest that encouraging immigrants and natives to reside in the same neighbourhoods and interact regularly would be useful to induce friendships between them and foster immigrants’ integration,” he says.