Google’s merger with Fitbit puts our health data at risk. It should be opposed. 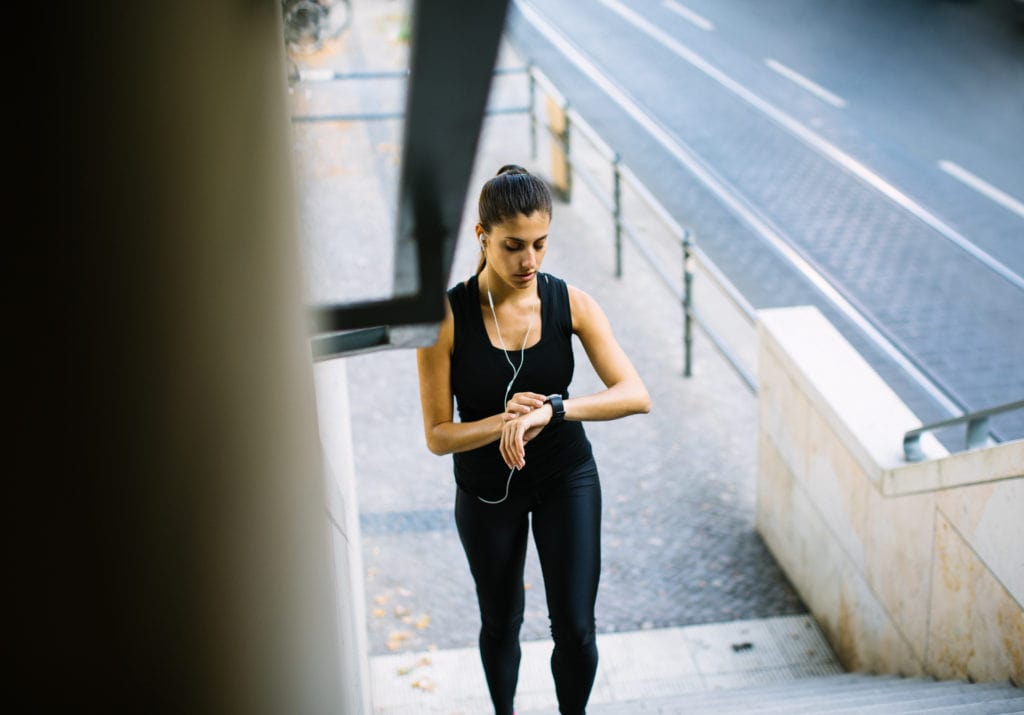 If Google is given the green light to acquire Fitbit, sensitive health data could find its way to advertisers and insurance companies, to the detriment of global consumers.

Before the end of the year, European and Australian regulators will decide on whether to grant permission to Google to proceed with its planned acquisition of the maker of the popular fitness tracking wearable, Fitbit.

But research from Monash Business School and other world-leading academics has been presented to the European Commission and the Australian Competition and Consumer Commission (ACCC) in an attempt to avert the merger, or at least temper the union with strict restrictions around how the data can be both collected and used.

Google announced its intention to buy Fitbit in November 2019, offering $2.1 billion in cash to acquire the company and the health data it holds on roughly 28 million-plus users.

But a group of leading economics academics found this concerning enough for them to speak out against such a merger.

“Sensitive health data held by Fitbit can be added to users’ personal profiles Google aggregates from its other services such as emails, maps, and online searches,” warns Professor Chongwoo Choe, Director of the Centre for Global Business (CGB).

“While Google says it would not use Fitbit data for advertising purposes, this does not rule out Google’s use of the data in other markets such as healthcare.”

Professor Choe and his Monash Business School colleague Associate Professor Zhijun Chen, a coordinator for the CGB’s Digital Economy Research Network joined with 15 other global researchers to put together an amicus brief (a legal document submitted by interested non-litigants) opposing the merger.

It has been submitted to the European Commission’s competition authority in the hope of raising the alarm on behalf of unsuspecting global consumers.

“Google’s bid for Fitbit is consistent with its strategies to expand into health care, life sciences and insurance.”

This month, the US Department of Justice (DOJ) filed a landmark antitrust lawsuit against Google alleging the tech giant used its search engine to create monopolies and undermine rivals.

“They are separate cases so, in principle, should be considered separately. On the other hand, some of the arguments presented in the Fitbit case in opposing Google’s acquisition of Fitbit were based on showing Google’s abuse of market power in other areas.

“So the current DOJ lawsuit can strengthen this line of argument.” 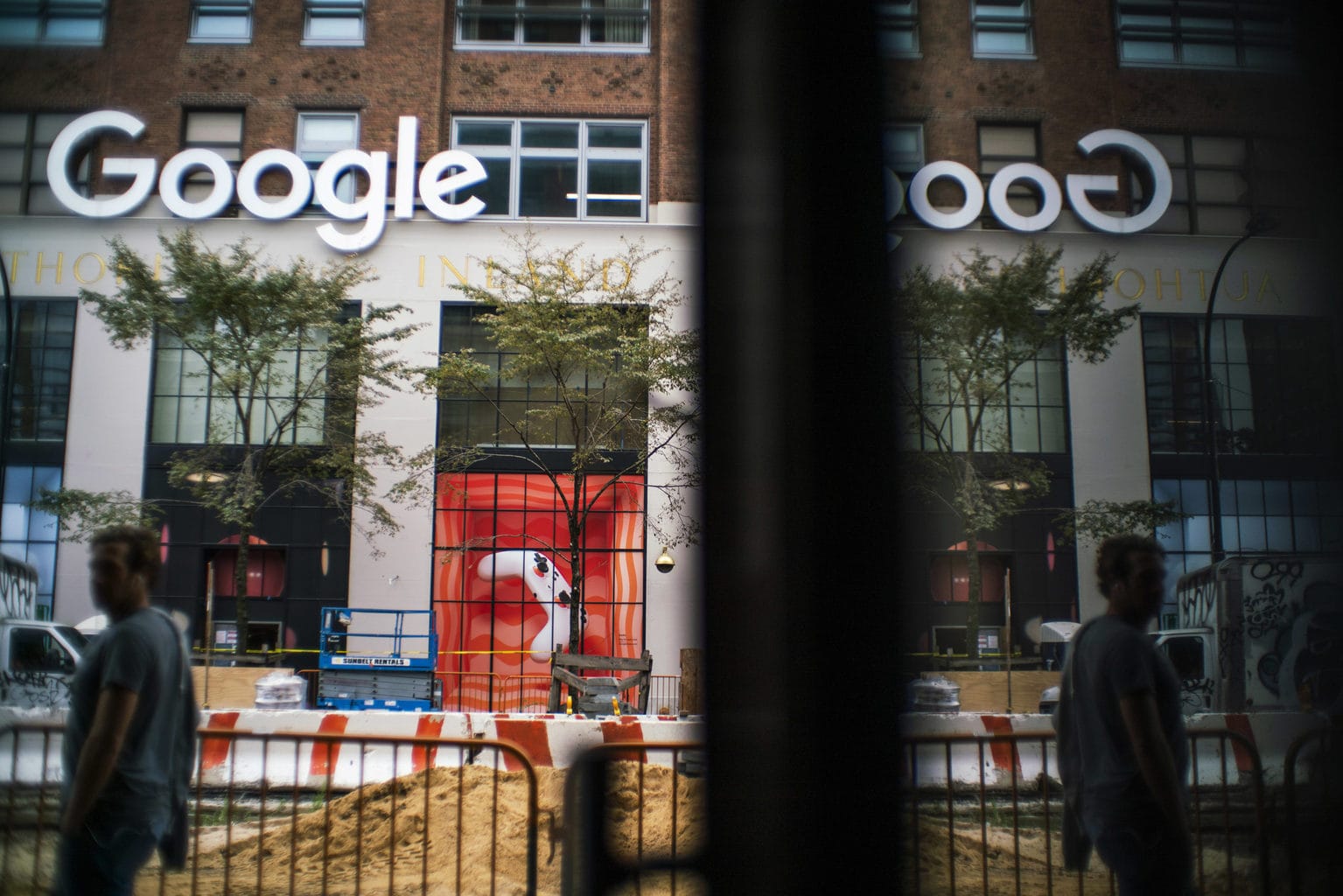 The researchers recognise that mergers involving data can also have beneficial effects, as firms can better tailor their products and personalise their offerings to foster data-driven innovation by the merging parties.

“But Google is not just ‘anyone’. It is arguably dominant in non-health data as well as multiple related product markets and has a track record of leveraging that dominance,” Professor Choe says.

“Putting a break on Google’s ambitions in this space is, in our view, the price one should be willing to pay for the prospect of more innovation over time from others (as well as less consumer exploitation).”

This paper was included as key evidence in the submission to the European Commission and was also presented to the ACCC for the case team reviewing the Google-Fitbit merger.

In the paper, the researchers agree that access to richer sets of data can enable firms to tailor their products in a way that is more personalised and better targeted for individual consumers.

This can improve the quality of matching between firms and consumers. It can be also pro-competitive by allowing the merging parties to enter a new market through data-driven innovation.

However, the flip side of personalisation and better targeting is the firm’s ability to engage in price discrimination and consumer exploitation, they argue.

“The combination of Fitbit’s health data with Google’s other data creates unique opportunities for discrimination and exploitation of consumers in healthcare, health insurance and other sensitive areas, with major implications for privacy too,” Professor Choe says.

“We also need to worry about incentives to pre-empt competition that could threaten Google’s data collection dominance. As the consensus is now firmly that preventing bad mergers is a key tool for competition policy vis-a-vis acquisitive digital platforms, the European Commission and other authorities should be very sceptical of this deal, and realistic about their limited ability to design, impose and monitor appropriate remedies.”

EU regulators were quick to sound the alarm about letting the tech giant go shopping for such a major cache of sensitive personal data, with the European Data Protection Board warned in February 2020 that the proposed purchase poses a huge risk to privacy.

“Google likes to advertise that its mission is ‘to organise the world’s information and make it universally accessible and useful,’ but their business practices of the last decades suggest that a more accurate statement of its mission is to monetise the world’s data,” Associate Professor Chen says.

Google’s ‘playbook’ is by now well understood. Its history of systematic acquisitions across a vast ‘chessboard’ of disparate activities, bolted onto its original search behemoth, are unified by a common vision: to enhance and protect its unique data empire, integrate functionalities, and enable its monetisation in ever-expanding applications.

In acquiring Youtube in 2006, Google followed the strategy it employs for search, offering access for free to consumers to be monetised by selling ‘audiences’ to advertisers.

It had already set the scene in 2005, when it acquired Android and then offered it for free to developers and handset manufacturers as part of a strategy to build the ‘bridge’ that enabled the shift of Google’s search monopoly from the desktop to mobile.

Like Google’s suite of popular ‘free’ services (Gmail, Calendar, Maps, News, Chrome, etc.), it was not monetised directly through the sale of ads, but through the collection of consumer demographic, interest, and location data to better target the sale of ads.

Associate Professor Chen says the Google-Fitbit merger provides the chance for the European Commission and the ACCC to remain a front runner in enforcement and indeed guide merger policy in the digital era.

“While some remedies are conceivable that can mitigate the risks to competition and long-run consumer harm, they are complex, at risk of circumvention in multiple dimensions, and will continue to require constant monitoring,” he says.

“This cannot be the preferred road to take even if a proper regulatory structure were already in place. The ex-post consequences of failing to prevent a harmful combination in digital markets have been documented time and time again, and there is a widely held consensus that given the difficulties of ‘unscrambling the eggs’ over time, the only principled approach to merger control in this space is to prevent harmful mergers from being consummated.”

‘Look back and lament’

Professor Choe believes this is something worth fighting for and raising the alarm is important for the future, even if the merger is approved after some remedies, which looks increasingly likely in the Google-Fitbit case.

“All too often, academics and policymakers look back and lament a failure to intervene more decisively and bemoan their hopeful reliance on remedies that just do not work. In complex digital industries, monitoring and enforcing remedies can be a tall order,” Professor Choe says.

“The acquisition of Fitbit is not just about one more gadget being brought into Google’s ecosystem, but one involving highly sensitive data that is likely to harm consumers in health insurance, medical services and even labour markets and protect Google’s dominant position in demographic, interest, and location data.

“Blocking the merger does not solve all problems related to health data, but it avoids amplifying already existing problems. A bad merger with bad remedies remains a bad merger for society.”

Google’s merger with Fitbit puts our health data at risk. It should be opposed.