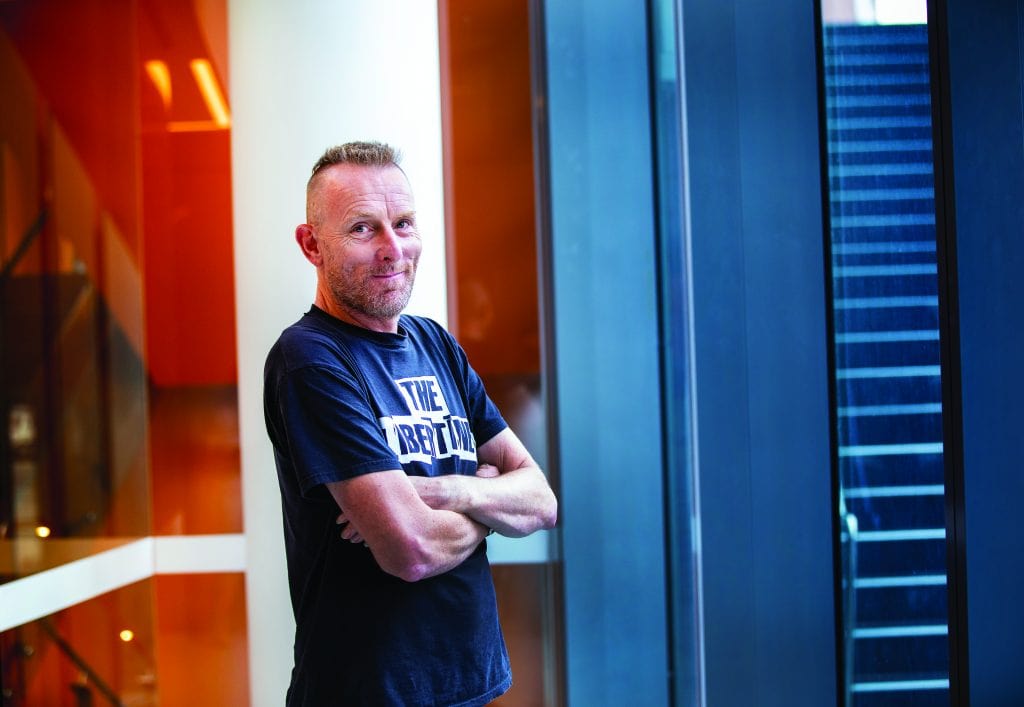 South Korean culture is now a major influence around the globe. Most prevalent in pop music (K-pop) with bands like BTS dominating the US music charts, it has morphed to include movies such as Parasite, K-Beauty and more recently in the hit Netflix show Squid Game.

Monash Business School’s A/Prof Wayne Geerling is an economics lecturer and researcher with a curiosity for using South Korean culture to help students learn. By plugging himself into the zeitgeist and embracing all things South Korean, he has turned the boring and difficult to comprehend subject of economics on its head.

And in the process given himself a level of ‘rock star’ status among first-year students.

Ask him which he prefers – research or teaching and he is quick to respond – helping students grasp difficult concepts and having fun doing it – is at the top of his list.

A/Prof Geerling believes that at every turn learning should be fun and it is the only way students will deeply learn so that it sinks in – rather than rote learning from books which can disappear as soon as exams are over.

Realising that he cannot replicate himself, his research mission is to help other educators to teach students by providing resources that will make classroom learning more dynamic through pop culture references. He has recently published articles that use K-pop and resources from across the globe to break down barriers to learning.

“Our intention is to help economics educators diversify their pop-culture resources and mirror trends that are occurring outside of the classroom. Each paper contains comprehensive teaching guides which are available to educators globally, including digital clips, descriptions, warm-up activities, questions and answers. It’s a 1-stop shop for anyone teaching,” he says.

“Given the increased access students have to international music, movies and television programs, using examples that they can relate to helps them to grasp more complex theories.” 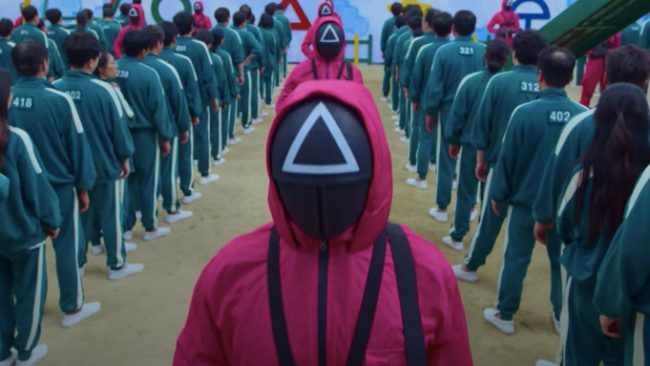 What hooked viewers around the world was the Hunger Games’-style contest where 456 players, all of whom are in deep financial debt, risk their lives to play a series of deadly children’s games for the chance to win a $54 million (US$38m) prize. Oh, and did we mention that the losing players are killed?

In his paper “Using Squid Game to Teach Game Theory” A/Prof Geerling reveals how integrating the strategies of the smash-hit dystopian series can revolutionise the way students learn Game Theory, which as he puts it is “one of the most challenging concepts in introductory economics”.

A/Prof Geerling has identified a number of scenes from the immensely popular television series that can be used to teach the principles of game theory. But parents need not fear: the deadly games are not replicated in class!

Developing a range of innovative and interactive teaching tools, from semester one, his students studying first-year microeconomics will be using these Squid Game insights.

“Game theory helps us understand interactive decision-making in strategic situations, where the outcome of each player depends on the actions of all players. It has a lot of real-world applications in everyday life situations, ranging from games to sport, from politics to war,” he says.

He believes the players in Squid Game are a metaphor for companies.

“Companies must interact, adapt, think in real-time when making decisions, often without full knowledge, and in a cut-throat environment,” he says.

And the research has garnered attention from media around the world including the Financial Times, the Daily Telegraph (UK) and the Epoch Times (US) along with Melbourne’s Herald Sun, 3AW and ABC Radio.

Throughout his career, his style has been dynamic – combining music (K-Pop), commercials, TV and movies. In class, he frequently uses YouTube clips and gives in-class experiments that really drive home to students how basic economic principles related to their everyday life.

“To keep lectures relevant, you need to add value and give students something they can’t get online or by simply reading a book,” he says.

This makes sense in an age where all the answers to every question are stored in a phone in your pocket. But it is comprehending and really understanding that information that makes learning at University relevant.

“Engagement is the first rule of learning. And enthusiasm is the hook that gets students interested in actually learning,” he says.

A/Prof Geerling’s passion and enthusiasm are infectious. He thinks if he can get the students involved (and excited) about learning then it becomes deep learning rather than rote learning regurgitated in an exam then forgotten.

“As a lecturer, you have to think on your feet and be flexible enough to adapt to what is going on in the room – to be able to judge the mood and be flexible about what you are teaching,” he says.

“But the fundamentals of learning never change. The more things change, the more they stay the same. Learning always starts with engagement,” he says. Sounds like great advice. 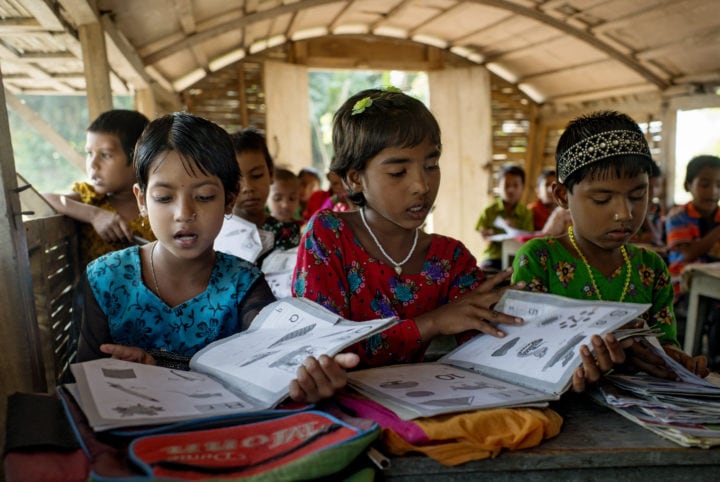