Does consuming make you happier? 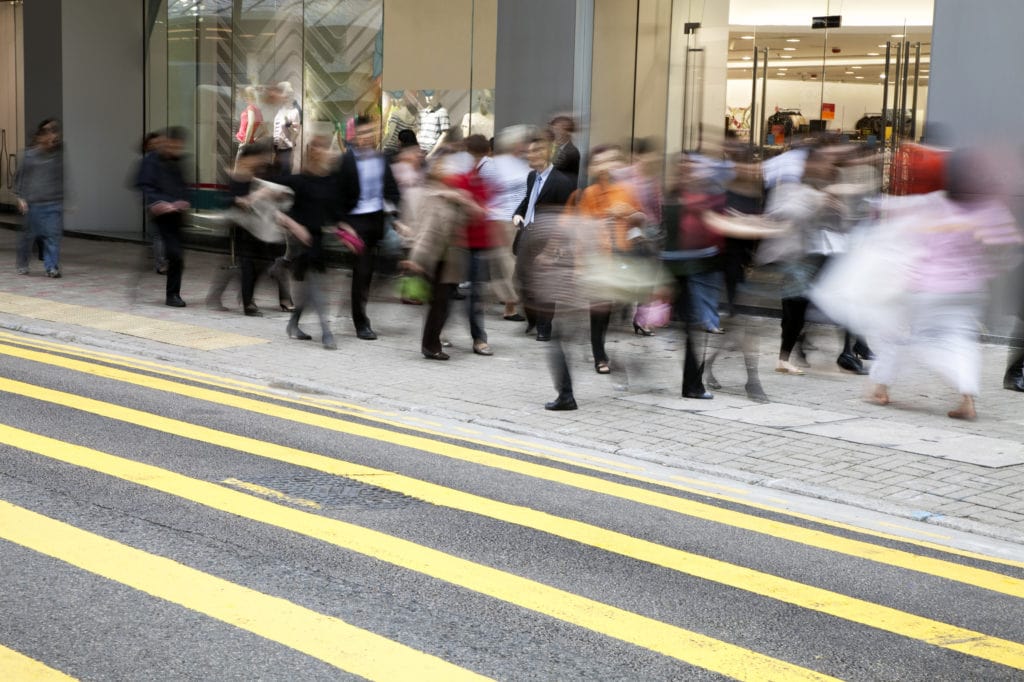 Anyone who has splurged on a new pair of shoes or a new gadget can testify to the rush of satisfaction afterwards. And research proves that spending money does make you happier.

But the links between happiness and consumption are somewhat surprising – it depends what types of consumption, says Professor Russell Smyth.

Professor Smyth and his co-authors, Zhiming Cheng, from Macquarie University and Dr Haining Wang from Shandong University, mined one of the largest and most recent data sets on more than 67,000 people in China for their paper Does Consuming More Make You Happier?

The bottom line, says Professor Smyth, is that consuming more does makes you happier. “But then there are different aspects to that,” he says. “Consuming different types of things make you happier while others don’t.”

It’s often reported that buying memorable experiences, be it a holiday or a sky diving session, deliver the greatest long-term satisfaction. But Professor Smyth discovered the basic high of buying clothes also rates well on the happiness scale.

“A potential explanation for this result is that clothing consumption is very visible and may have a positive effect on happiness through signalling wealth and other status attributes,” according to the paper. In other words, says Professor Smyth, people might buy nice clothes because they want to show off or be seen.

So, a great new frock or dress makes you feel great. Convention tells us that buying many new frocks can be too much of a good thing. But that didn’t pan out in the study. “We actually don’t find that,” says Professor Smyth.

Happiness is very much a relative concept. The higher the expectations, the more you expect and you set the bar higher. You measure your happiness relative to your bar.

Shopping to mask other problems might not lead to a long and satisfying life, of course. But provided you’re spending comfortably within your income level, regularly indulging in conspicuous consumption makes the average person happier — and the more you make and spend, the happier you might actually be.

“There is a maximum consumption point but it’s at a very high income level,” Professor Smyth says.

While Professor Smyth looked solely at China for this paper, the findings echo many other studies. “In general, a lot of the findings that come out of this literature are fairly common across the world,” he says.

The pursuit of happiness

The pursuit of happiness became a worldwide movement in 2011 when the United Nations passed a resolution to put it on the global agenda. Convening the UN gathering was the prime minister of Bhutan. This remote Himalayan kingdom near China became renowned for trying to improve its citizens’ life satisfaction through its Gross National Happiness index.

One person’s concept of happy can differ wildly from another’s, of course. It’s a slippery concept to measure. But Bhutan, the UN and many other bodies now realise that simple economic rankings like the gross national product don’t necessarily measure social progress. It’s factors like freedom to make life choices, social support and democratic standards that help shape a society’s level of satisfaction.

Professor Smyth says that the global notion of happiness is actually quite standard. “If you try to measure people’s happiness on a 10 point scale, around the world, most people will be in the range 7 to 7.5, on average,” he says. “You can be in rural China living in a hut, you can be in Melbourne living in a penthouse.”

The role of homeostasis

Some of this can be attributed to homeostasis, the psychological need for stability and equilibrium. Winning the lottery or receiving an inheritance will also bring you great joy. No surprises there.

But you might be surprised about what happens next. “For one or two years their happiness levels go up and then after about two years they go back down to about that 7.5 level,” says Professor Smyth. Conversely, the death of a spouse or bankruptcy will trigger great sadness but will abate within about two years.

With regards to consumption and happiness, expectations also factor into the equation. Those who live simply often have simple, or perhaps more realistic, expectations about what they can earn or consume. If you make more money, says Professor Smyth, it’s likely that you expect more.

“Happiness is very much a relative concept. The higher the expectations, the more you expect and you set the bar higher. You measure your happiness relative to your bar,” Professor Smyth says.

Sometimes, that measure is set by what the people around us have. “A general finding that you get everywhere is that an increase in absolute income does have some effect on happiness, but not that much. What really matters is relative income,” he says.

When the income of people around us increases, it can have two effects. The status effect gives us a feeling of what Professor Smyth calls “relative deprivation”; we feel deprived by having less than others.

But it can go the other way, what’s called a signalling effect. “It depends partly on who you’re comparing yourself with,” says Professor Smyth. “If you’re part of a team and you see that the other members of your team are earning more, that might have a positive effect on your happiness. It might signal to you that if you work hard within that particular environment that your income is going to quickly increase too in the future.”

Does consuming make you happier?