Are women never the ‘right age’ to work? 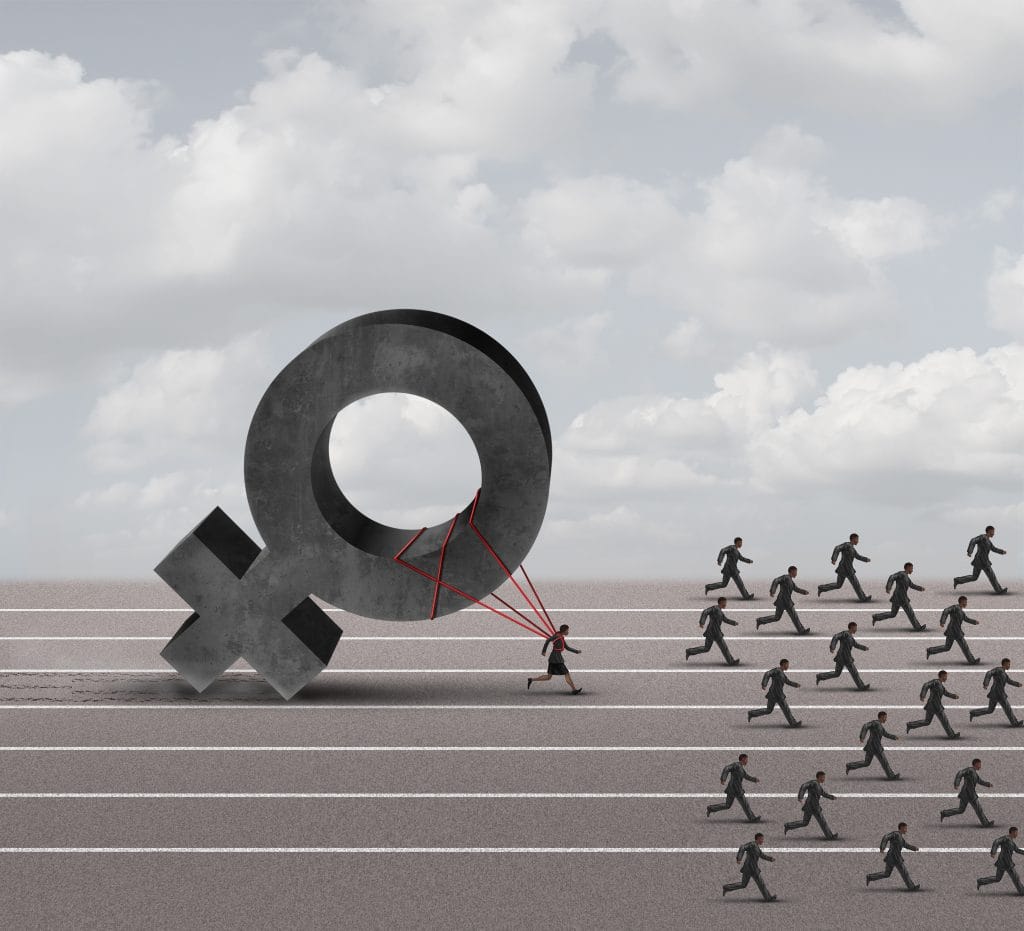 Pay inequality over the course of a woman’s life results in significant financial disparities in later life.

But to begin to challenge the pay gap that exists between men and women, we need to understand how the concept of “gendered ageism” manifests for women across their careers, and how it can be addressed through organisational practices and public policy.

Gendered ageism is a manifestation of gender and age-based biases and stereotypes that subsequently play out in the way people think, perceive or act towards an individual or group. And women are subjected to its effects in a variety of ways.

There needs to be a consideration of how we define career expectations and orientations on account of someone’s gender or age.

While men may also experience negative perceptions due to (mainly) older age, due to cultural norms and expectations, the story behind the pay gap shows that gendered ageism plays out for women is far more pronounced across the whole of their working lives.

Sowing the seeds of gendered inequality

Early research suggested that women are “never the right age” and it appears this is still true in Australia, where the seeds of gender pay inequality are sown in childhood.

Not only do girls get less pocket money than boys but, from a young age, children are aware of what jobs are preferable for men and women. The gendered divisions of these jobs mirrors occupational wage segregation. For example, we see girls align themselves with lower paid “caring” roles such as nursing or teaching.

Yet even in the same occupations, female graduates earn less from the beginning of their careers. This is most notable for women in architecture and building and the humanities earning 10 per cent less than men entering their first job. This may occur due to socialised expectations that mean women are less likely to negotiate salary or ask for pay rises.

Men are also more likely to be either promoted more quickly or move companies in the first five years of their careers compared to women. That has significant effects on their position in the hierarchy later on in their careers; a trend often termed the “glass escalator”.

Perceptions of youth heavily influence women also mean expectations and perceptions of women are different for men and women. While men are more likely to be seen by those around them (who are usually of the same gender and background) as equal, women are referred to predominantly by their age (such as “young Emma”) or their looks (even if intended to be complementary), which detracts from their skills and capacities.

At the same time, they may be positioned as not having the career drive or lacking the confidence of their male counterparts, although may also be perceived as not fitting with the expectation of being a “polite young woman” if they do express ambition and confidence.

‘Babyproofing’ versus getting ahead

Career planning may also be influenced by gendered expectations about projected responsibilities. In one study we interviewed men and women in their 20s and 30s working in financial services, and found that men’s main career objective was to be in a breadwinner position by the time they became parents.

By comparison the narratives by women were more focused on “babyproofing” their careers and building up skills or good will with one employer so they might have the option of returning on a part-time basis.

As a result, the men in our study emphasised the importance of moving jobs regularly to improve salary, while women preferred demonstrating loyalty to colleagues and an employer over a longer period of time. Such dimensions are likely to contribute to women’s salaries growing at a slower rate than men’s.

Women’s mobility may be further limited due to maternity eligibility. Despite legislation to improve conditions for working women who become mothers, the wage penalty increases for each child a women has.

The “motherhood” penalty has long-term consequences, as analysis of data from the Household, Income and Labour Dynamics in Australia (HILDA) Survey suggests, where these wage disparities occur years after any parental leave has taken place.

Culturally, women also report being subject to a “distracted mother” stereotype, assuming her career is backgrounded due to caring responsibilities and promoting an “either/or” narrative surrounding career-or-caring that men rarely face.

The invisibility of older age

Women between 55 and 64 facing a 17.9 per cent pay gap, which is the result of accumulative inequality having built up over the working life course, and exacerbated through negative perceptions of being an older women. Older women searching for jobs may also be subject to impressions that they simply don’t “look the part”, especially as corporations increasingly desire employees who embody a “dynamic” or “fresh” brand.

A range of more subtle manifestations of gendered ageism are also likely to come into play across women’s working lives where social expectations inadvertently impact on their pay such as enduring traditional conceptions of family responsibilities surrounding caring for elderly parents.

In one study exploring menopause at work, older women also spoke of feeling invisible in the workplace, being overlooked or not even considered for promotion. This is a particular waste of talent since it may be a time of life when many women experience a renewed fervour for career development as their responsibilities change. 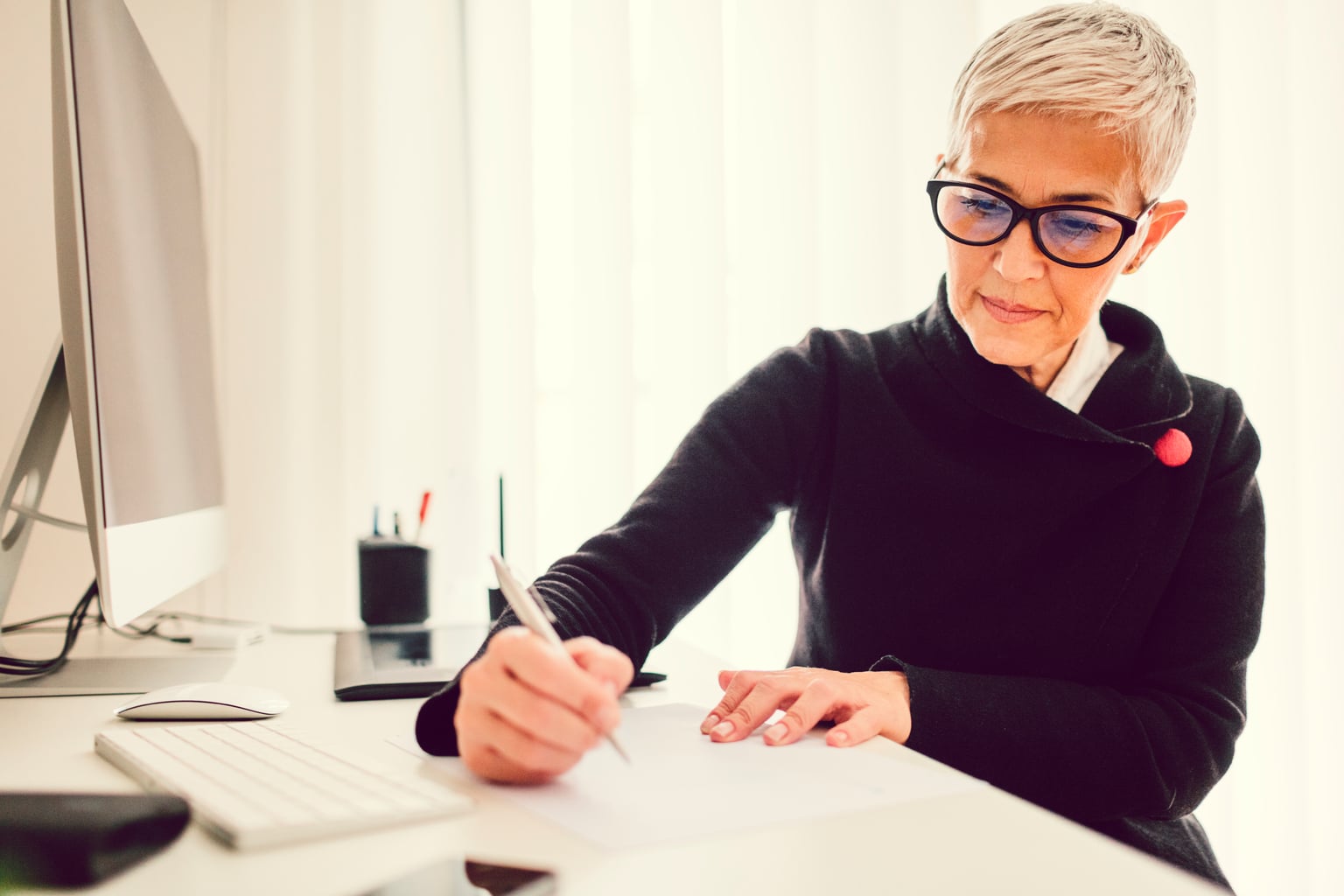 What can be done?

So what can be done to break the legacies of gendered ageism and prevent the accumulative effects of the gender pay gap? It is all too easy to suggest that women should negotiate harder, or be cannier about career choices, but this is not simply about “fixing the women” one by one. Instead, broader organisational and policy initiatives are likely to be more effective.

One approach is ensuring the legacy of being low paid in one job does not impact future work.  For example, a new law in the US has now prohibited employers asking for previous salary history in an attempt to prevent the chains of inequality spreading into new jobs.

There may also need for organisations to reconsider aligning mobility (that is, the employee’s ability or propensity to move jobs) with competence. External hires are still paid nearly a fifth more and promoted faster, despite having weaker performances than internal hires. Instead, organisations should ensure they have clear and transparent criteria across all merit-based award criteria.

This may also stretch to re-examining policies surrounding counter offers, where employees who gain an offer from an outside company negotiate their salary with their current employer to encourage them to stay.

This is particularly important surrounding compensation schemes; discretionary areas where inequality can arise.  Currently men earn around 8 per cent more than women in bonus payments such as share allocation, superannuation and allowances, rising to 15 per cent in the financial and insurance services. More transparent criteria would limit the grey areas where discrepancies can emerge.

Finally, and perhaps most importantly, there needs to be a consideration of how we define career expectations and orientations on account of someone’s gender or age. Despite seismic changes in the workplace, too many companies are hardwired into assuming a linear, uninterrupted career trajectory where certain benchmarks are achieved at particular stages of one’s career.

When expectations are so bounded by age and gender-related expectations, it is little wonder that women experience accumulated disadvantage as manifested in the pay gap.

Assumptions about who, how and when we reach the pinnacle of our careers need to be re-evaluated to allow women to start on more equal footing and allow them to achieve success or advancement at different points of their working lives, without being overlooked or dismissed.

Are women never the 'right age' to work?