How Indonesia and India navigated the 2013 Taper Tantrum

In May 2013, a global over-reaction over misinterpreted comments from the US Federal Reserve on the future of controversial monetary policy of quantitative easing triggered the “Taper Tantrum” – a horror sell-down of the currencies of emerging economies.

Brazil, India, Indonesia and Turkey were badly affected by the sharp falls in their currencies. These countries were dubbed “the Fragile Five” by Morgan Stanley investment bank analysts, due to a perceived over-dependence on foreign investment. But two managed to ride out the turbulence: India and Indonesia.

The key to recovery for both was decisive action to address large current account deficits and recognition of the need to provide investors with stability, argues Muhamad Chatib Basri, a former Indonesian finance minister who played a pivotal role in Indonesia’s response at the time.

Professor Basri presented a special lecture at Monash Business School, where he gave a behind-the-scenes perspective and explained the valuable lessons from the crisis. 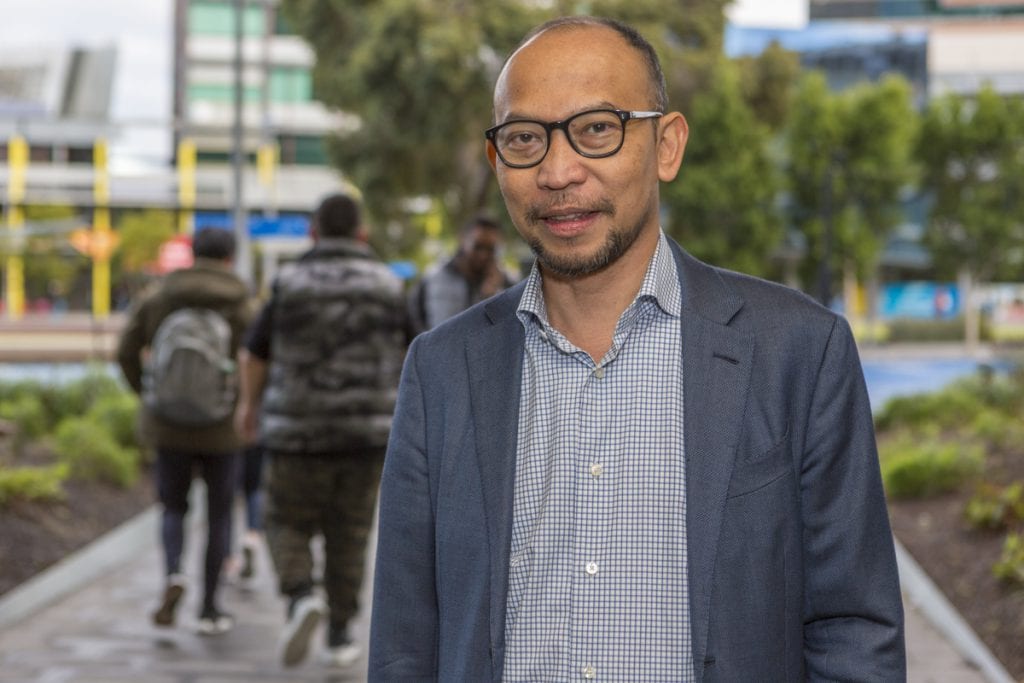 It was May 22, 2013. Basri was just one month into his new job and was feeling confident. Economic indicators had been looking positive. But this was about to dramatically change.

Indonesia had managed to power through the 2008 global crisis and had in fact ridden a wave of investment flowing out from developed countries into emerging economies. While GDP growth had slowed, it was a still enviable 5.6 per cent; the country had a low debt-to-GDP ratio and low fiscal budget deficit.

Then-US Federal Reserve Chairman Ben Bernanke had appeared that day at a congressional hearing to give an update on the controversial US quantitative easing program. A reduction of the large-scale bond buying program had been expected; but for the first time, Bernanke appeared to suggest this ‘tapering’ might begin to happen over the next few months.

In fact, the Fed would not begin its taper until December; but global investors reacted sharply, setting off the Taper Tantrum. Share prices and currencies tumbled, while ten-year bond yields (a measure that paradoxically sees a rise when economic confidence is low) soared.

For the emerging economies, the repercussions were immediate and hard-hitting. Following the 2008 global financial crisis, emerging economies had been the beneficiaries of vast injections of foreign capital as investors searched for yield and growth prospects. Between 2009 and 2012, emerging economies received close to half of global flows. But now the tide was turning.

Indonesia had been an investor darling but it also struggled with inflation and had a large current account deficit, driven mainly by expensive oil imports outstripping exports. Post-2007 foreign investment flows had gone mainly into portfolio-based in shares, bonds and debt, rather than direct foreign investment, but these had enabled the large current account to be financed.

Professor Basri knew, based on economic theory, that the solution was clear: cut expenditures and boost exports. So he made a tough decision – to raise the price of Indonesia’s highly subsidised fuel by 30-44 per cent. Indonesia’s fuel subsidy has had a long-standing place in Indonesian lives and was often justified as helping the country’s poor. But it was a significant drag on expenditure.

However, Professor Basri also knew the price rise would be highly unpopular (though he knew that the subsidy’s main beneficiaries have been the car-owning middle and affluent classes, rather than the poorest). “For three months I did not read the newspapers,” he quips.

And he first had to convince then-President Susilo Bambang Yudhoyono, with an election just nine months away, to follow through. “But bad times make good policy,” Professor Basri noted.

To tackle inflation, Professor Basri opened the markets on beef and rice imports. The rationale was also that this would make these staples cheaper and help shield the poor from the impacts of government spending cuts. The government also offered the people a small payment to offset fuel rises – with the proviso that people would have to queue to receive it. The idea, he explains, was that only the most desperate would stand for hours – “so we let the poor identify themselves,” he said.

Indonesia’s central bank also moved to protect the rupiah by raising the cash rate by 175 basis points. And the government abandoned a planned “Tobin Tax” on currency transactions, knowing that this may cause remaining investors to flee. 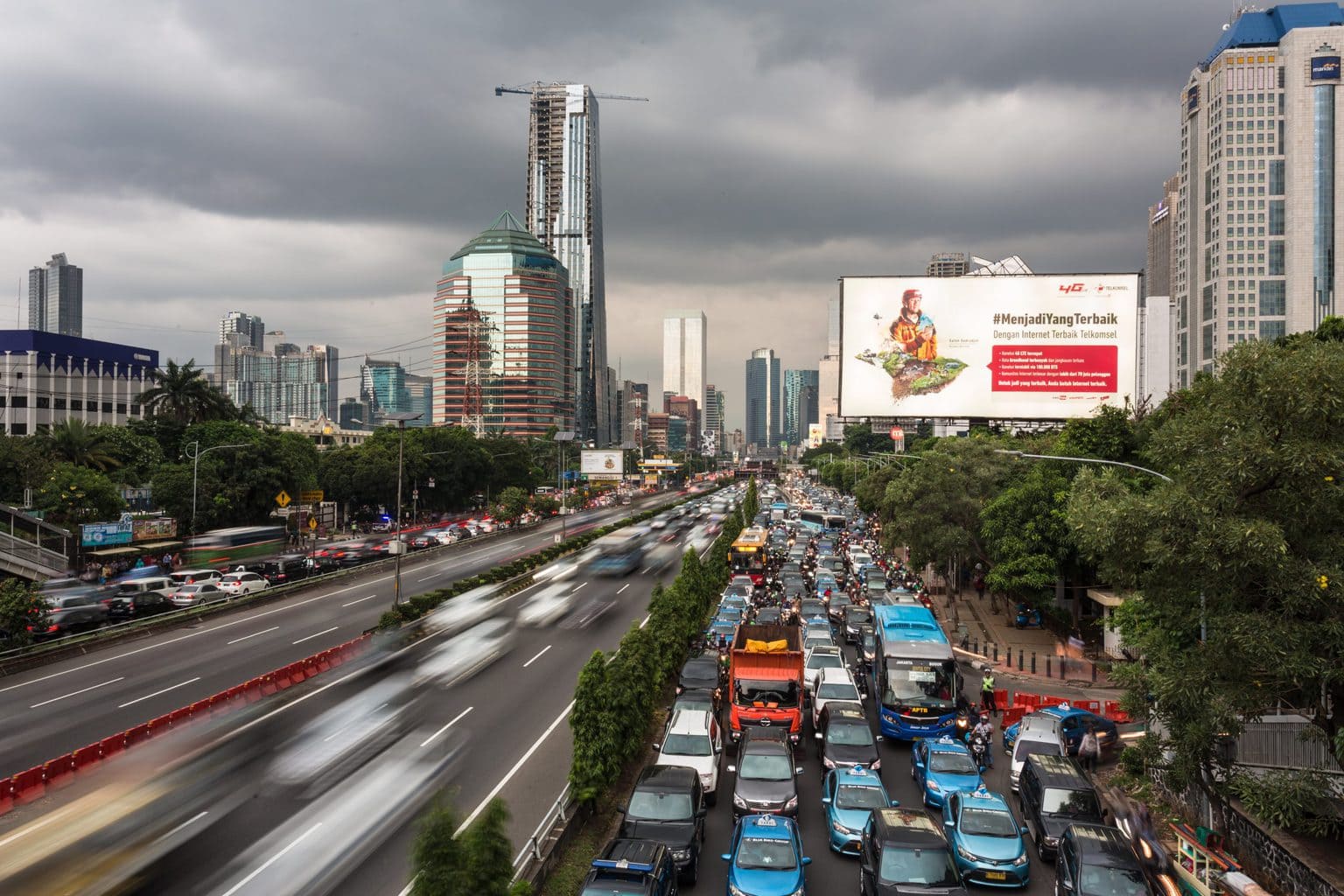 In 2013, Indonesia was a investor darling, but it struggled with inflation.

So how did these measures stack up? The current accounts problem was one Indonesia shared with other members of the Fragile Five. Pre-taper-tantrum, India had a fiscal deficit of 7 per cent of GDP and a government debt-to-GDP ratio of 46.5 per cent. But like Indonesia, it took decisive steps to tackle its current account deficit.

First, it reined in government spending by trimming routine expenditure by 10 per cent. And to stem declining foreign exchange reserves, India hiked the gold import tax from four per cent to 10 per cent and introduced a controversial 80:20 rule, which required that 20 per cent of all gold imports be re-exported. The country’s trade deficit dropped and its current accounts deficit improved – although some of these measures have since been scrapped amid concerns of illicit smuggling.

Professor Basri argues that in acting decisively to deal with their current account deficits and opting for stability over growth, Indonesia and India managed to ride out their predicament.

High current account deficits can make an economy vulnerable, particularly if financed through portfolio investments or if the direct investment focuses on the domestic market. Policy measures to ensure investor confidence is essential to maintaining stability.

Other countries in the Fragile Five were slower to respond: both Brazil and Turkey’s budget deficit has continued to rise. But Turkey alone chose a monetary policy response and has seen its current account deficit position improve.

Lessons from the crisis

This leads to one of the criticisms levelled at Indonesia: that too much emphasis was placed on stabilising the current account deficit through expenditure cuts, when the exchange rate could have been used as a “shock absorber” and allowed to depreciate, thereby reducing imports and exports.

Professor Basri says he essentially agrees – but with reservations, pointing out that the concept of “information asymmetry” is a particular risk in emerging economies.

In Indonesia, with the memory of the pain of the 1997 Asian crisis and bailout by the International Monetary Fund still fresh, a sharply depreciating currency would have led to investor panic and a financial crisis. If nothing else, this was politically untenable.

Professor Sisira Jayasuriya, head of Monash Business School’s Centre for Development Economics, says the fiscal policy response was a nuanced way of drawing on economic theory, while factoring in the specific historical experiences that has shaped market confidence in Indonesia.

“In principle, faced with large capital outflows, a country can allow the ‘market to work’ and permit the exchange rate to depreciate, until the lower exchange rate boosted the profitability of exports and cut real expenditures by raising the price of imports,” he says.

Professor Jayasuriya says the underlying factors that produced the 2013 Taper Tantrum have not gone away.

“If anything, arguably, they have deepened and intensified. Despite any short-lived forecasts of a return to normalcy, the post-GFC world economy remains subject to huge uncertainties and pervasive instability,” he says.

How Indonesia and India navigated the 2013 Taper Tantrum