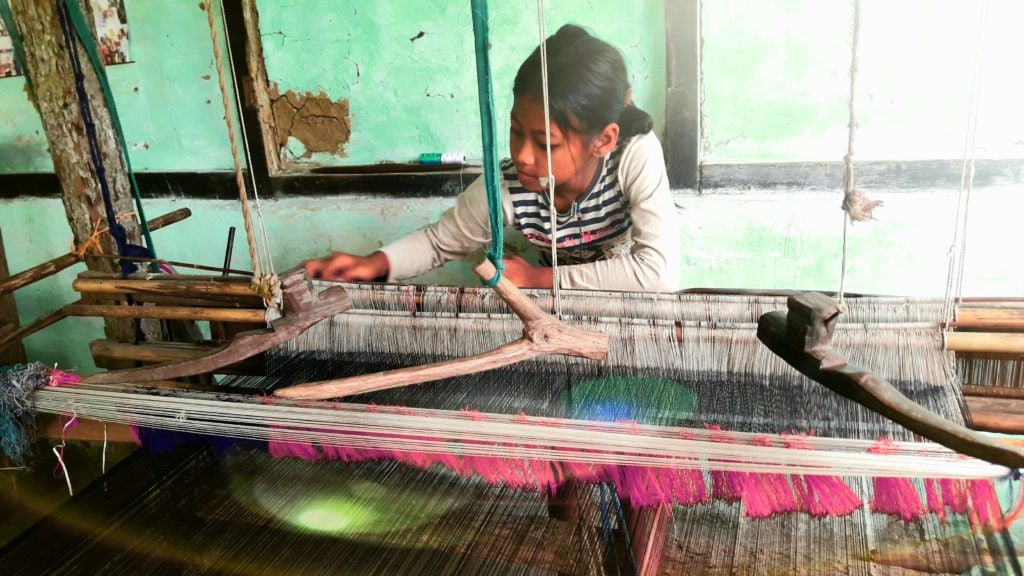 Major retailers Woolworths and Wesfarmers have come out on top of a scorecard of slavery risk reporting, along with Fortescue Metals. But other Australian companies are grappling with the need to disclose.

A new law requiring Australia’s biggest companies to monitor and report on their possible links to modern slavery has come into force – with widely varying results.

Under the Commonwealth Modern Slavery Act (2018), it is now mandatory for organisations based or operating in Australia with consolidated annual revenue of at least $100 million to submit an annual Modern Slavery Statement.

After the inaugural deadline for reporting under the Act passed on 30 June 2021, a new study by researchers at the Monash Centre for Financial Studies at Monash Business School has revealed wide disparities in the quality and disclosure levels of statements among Australia’s 100 largest stock exchange-listed companies (the ASX100).

While some of the biggest names in corporate Australia, led by Woolworths and Fortescue Metals, appear to have enthusiastically embraced the anti-slavery push – going well beyond mere compliance – other well-known companies have barely met the requirements of the law, the researchers found.

Modern slavery is a global phenomenon, with 40.3 million victims and $354 billion worth of at-risk products imported by G20 countries in one year alone, according to the Walkfree Foundation (2018). And it’s not just happening overseas. According to the Australian Border Force, 1567 instances of modern slavery were reported in Australia from 2015 to 2017.

Australia’s first national law dealing with modern slavery was passed in 2018. As defined under the Act, modern slavery occurs in circumstances where “coercion, threats or deception are used to exploit victims and undermine or deprive them of their freedom”.

The Act requires affected companies and other organisations to report on “the potential for your entity to cause, contribute to, or be directly linked to modern slavery through its operations and supply chains”.

The Act lists eight types of exploitation under the umbrella term of modern slavery – human trafficking, slavery, servitude, forced marriage, forced labour, debt bondage, deceptive recruiting for labour or services, and the worst forms of child labour.  Modern slavery is distinguished from other forms of workplace exploitation by the inability of its victims to refuse or cease work because of coercion, threats or deceptions.

The Australian law is not the first of its kind. Two notable predecessors are the United Kingdom’s Modern Slavery Act (2015) and the California Transparency in Supply Chains Act (2010). More recent regulatory regimes include the New South Wales’ Modern Slavery Act (2018), the French Corporate Duty of Vigilance Law (2017) and the Netherlands’ Child Labour Due Diligence Law (2019).

To test the level and quality of compliance with Australia’s modern slavery law in its first full year of operation, the Monash researchers conducted a detailed examination and analysis of 99 modern slavery statements by ASX100 companies available on 30 June 2021.

The statements were given a score out of 100 based on the extent to which they met – or exceeded – the disclosure requirements of the Modern Slavery Act across five categories (see Figure 1 below). Each disclosure category included a checklist of both mandatory and discretionary items, as well as other reporting criteria, to test and compare the quality of company statements.

The five disclosure categories were assigned different weightings, or values, based on reporting criteria in the Act. For example, Category 3 – in which companies reported risks of modern slavery in their operations and supply chains – accounted for the highest proportion (30 per cent) of potential disclosure points. It included checklist items such as whether the company had established a dedicated team to deal with its risks, and whether it had assessed and reported types of risks.

The researchers gave relatively lower weightings to category 1 disclosure items (company structure and operations) and category 2 (supply chains) because this information is already freely available in annual reports or on company websites. Information disclosed under categories 3, 4 and 5, by contrast, is generally only available in modern slavery statements and was accordingly assigned 75 per cent of potential disclosure points. 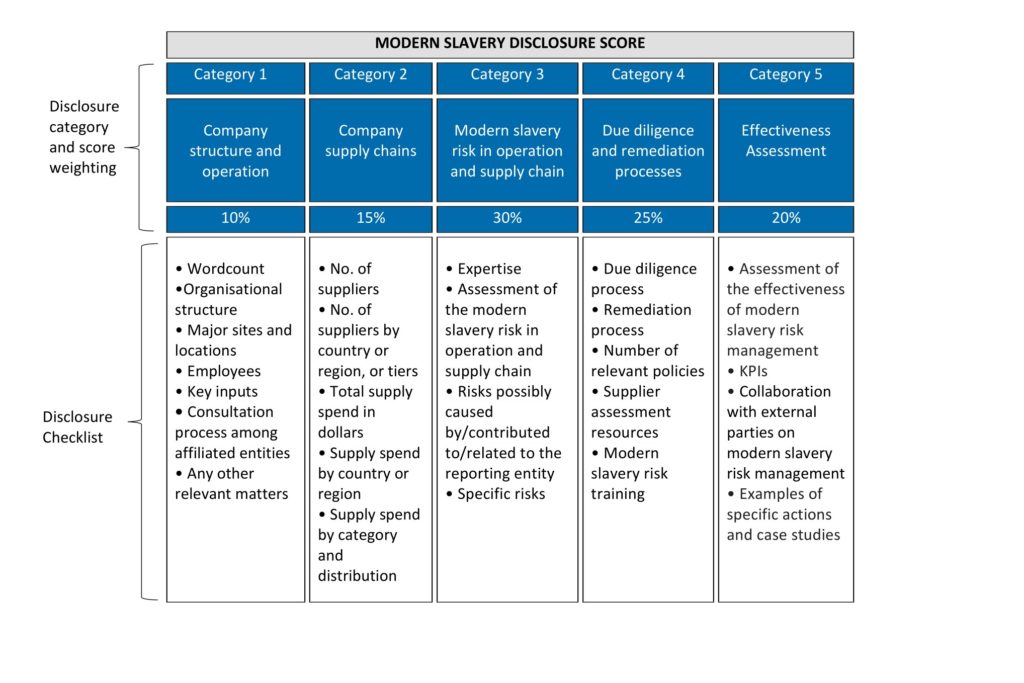 After completing comprehensive assessments of statements from the ASX100 sample group, the researchers identified the five major companies with the highest modern slavery disclosure scores.

Woolworths had the highest score of 85.01/100, followed by Fortescue Metals (84.96), Wesfarmers (83.48), Westpac (83.26) and Ansell (80.73). In each case, these companies significantly outscored their ASX100 peers by going well beyond the minimum reporting requirements of the Modern Slavery Act.

The gap between the best and the worst was large. At the other end of the scale, several ASX100 companies barely met the minimum reporting requirements. The lowest disclosure score, 10.0, was recorded by IDP Education, with Fisher & Paykel Healthcare (14.74), Cleanaway (19.60), Resmed (21.81) and Nine Entertainment (22.69) completing the bottom five.

In general, the researchers found good statements, with companies using case studies and examples to illustrate how companies mitigate types of risks, efforts to engage with and educate suppliers, highly detailed assessments of types of risks and disclosure of policies relevant to the governance of modern slavery risks.

In addition to scoring and ranking individual companies, the researchers aggregated the results of their analysis to measure general levels of disclosure and compliance with various reporting requirements of the Act.

While most companies provided comprehensive descriptions of their business structures and operations (Category 1 disclosure), fewer than half provided clear information about how they spent their money and where it went.

While some of the biggest names in corporate Australia, led by Woolworths and Fortescue Metals, appear to have enthusiastically embraced the anti-slavery push – going well beyond mere compliance – other well-known companies have barely met the requirements of the law.

The study revealed an apparently high level of spending and resource allocation by most ASX100 firms on assessing and addressing the risk of modern slavery practices in their operations and supply chains.

For example, 77 per cent of company statements stated that they had designated modern slavery risk-management teams. More than 36 per cent also reported using external consultants or experts for their modern slavery and other human rights risk management.

Just over half the firms in the sample group – 61 out of 99 – identified specific types of modern slavery risks in their lines of business. This enabled the researchers to chart types of risks common to particular business sectors (see Figure 4 below – representing cases where at least 20 per cent of firms in a sector cited the risk). The most common risks reported were forced labour, child labour and debt bondage.

Combating modern slavery is not a short-term project for any single entity. The government, companies and their investors all have a role to play.

And the results of this study reveal a pressing need for big Australian companies to proactively collaborate with peers and engage with investors and regulators to leverage additional influence to help eradicate, or at least reduce, modern slavery practices. 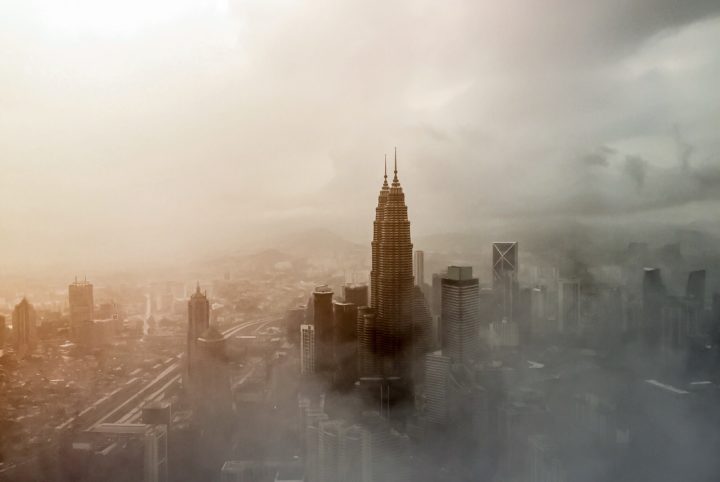