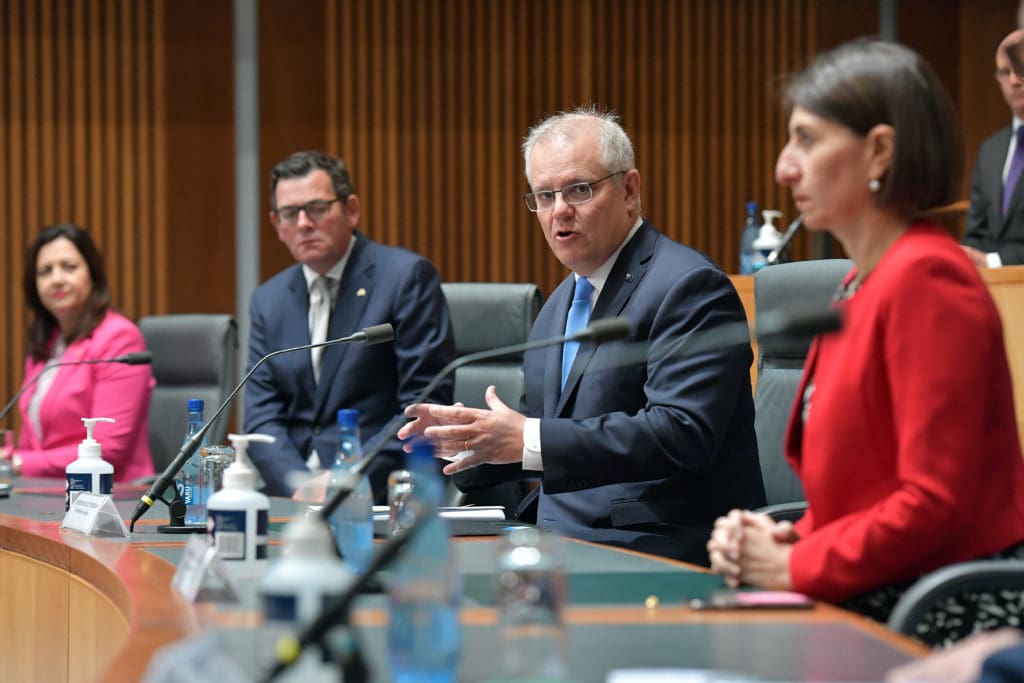 In a crisis are more heads better than one? Here are five ways your organisation can introduce collective leadership and put a group of leaders making joint decisions at the helm.

The different responses between the US and Australia to COVID-19 has been stark.  The US is currently recording over 550 times the deaths, and nearly 1000 times the number of cases, despite only having 13 times Australia’s population.

While there are many reasons for this difference; but the leadership approaches are in stark contrast. While then-President Donald Trump lambasted States’ Governors, dividing the country, the Federal and state governments met in a National Cabinet.

This new structure replaced the dysfunctional Council of Australian Governments (COAG) and was designed to bring unique knowledge about the respective states to the table to allow ‘frank discussion’ and provide a ‘flexible way of working’ to address the crisis.

This is an approach some of the corporate world has already embraced.  Companies such as Spotify and Google have been drawing on teams – or ‘collectives’ of leaders – rather relying on one individual for a number of years. These firms recognised early that the collective has knowledge and skills that exceed what one individual leader can achieve.

What is collective leadership?

In that way, leadership can be passed from one person to another depending on the situation or work demands.

For example, in dealing with COVID-19, neither Morrison nor Trump had all the knowledge and skills required to lead through the crisis.

What Morrison did adeptly was to share the leadership role among the National Cabinet, deferring to the Premiers, Chief Ministers, and Chief Medical Officers where needed.  Providing evidence that sharing of leadership can work at the highest level during the most trying of circumstances.

On the other hand, President Trump took centre stage to lead the US as an individual, but at times with very little input from his coronavirus task force or Governors.

How can organisations harness collective leadership?

The most common way collective leadership is developed is through team-work interventions and retreats to train teams on how to share the leadership role. This could include giving and receiving feedback, role and assertiveness training, and stress exposure training.

2. Building the relationship between the leaders (social network)

3. Reconcile your differences before you begin (institutional)

Under the pressures of crisis, members of the collective need to trust each other and know that everyone is on the same page. Critical conversations can be used to address past conflicts, reconcile opposing viewpoints, and come to a shared understanding of values and vision.

4. Improving communication between the collective (social-relational)

Building high-quality communication channels between the leaders can be done through emergent conversations, where practitioners set up a problem that the collective may face. They can use tools such as the world café to discover different ways of addressing the problem, resulting in the collective developing shared mental models and psychological safety.

5. Moving beyond the relationships (social material)

Collective leadership is dependent on all aspects of the organisation, not just relationships between team members. For example, dress, rituals, technology, office location and size, and structuring of time all impact how collective leadership works and who gets to be part of the collective. Teams can critically analyse how the office is laid out to facilitate conversation, and how meetings can be run to ensure that one individual leader is not prefaced over others.

While each of the perspectives has merit on its own, like collective leadership, they are better together.

Organisations should not expect one individual to be able to lead teams through a variety of complex situations, especially when research has shown that teams of leaders are better equipped to deal with such challenges.