Fuelled by a Netflix blockbuster, chess is making a comeback – and that’s good for children 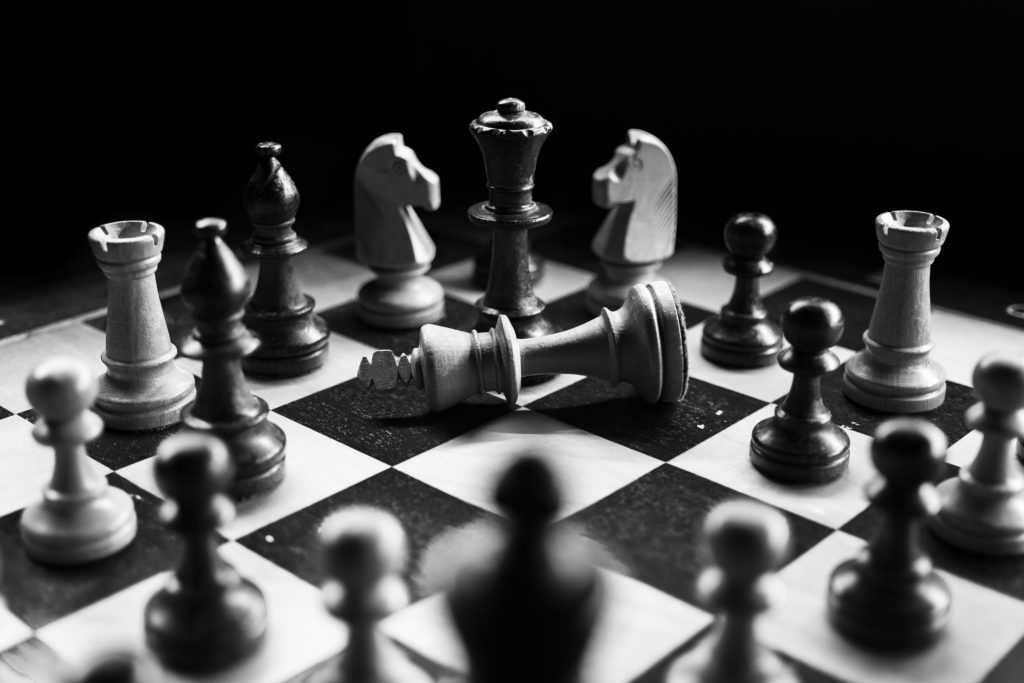 Learning to play chess at school helps teach young people to take more risks in the game of life.

The highly acclaimed Netflix series, ‘The Queen’s Gambit’, which has re-popularised the traditional game of chess if nothing else, concludes with Beth Harmon using a cunning opening gambit in her final match against Vasily Borgov, the Russian world champion.

This risky strategy provided her with the upper hand, and Harmon later demolishes Borgov with a spectacular queen sacrifice to win the game.

Taking a hit to win the game

Risk and reward is a concept that is articulated well in the game of chess. Players often sacrifice pawns, knights and bishops if it helps checkmate the opponent’s king and win the game.

Such sacrifices are inherently risky because if one’s calculations are faulty, the sacrifice could prove to be fatal, eventually leading to a quick loss.

In many life situations, it is also the case that with great risk often comes great reward.

However, the line between necessary calculated risk-taking and reckless behaviour is sometimes difficult to determine.

Surprisingly little is known about differences in risk preferences at an early age and how these preferences are developed. Moreover, can a simple understanding of the game of chess enhance the concept of risk from a young age and provide vital critical thinking skills to primary school students? 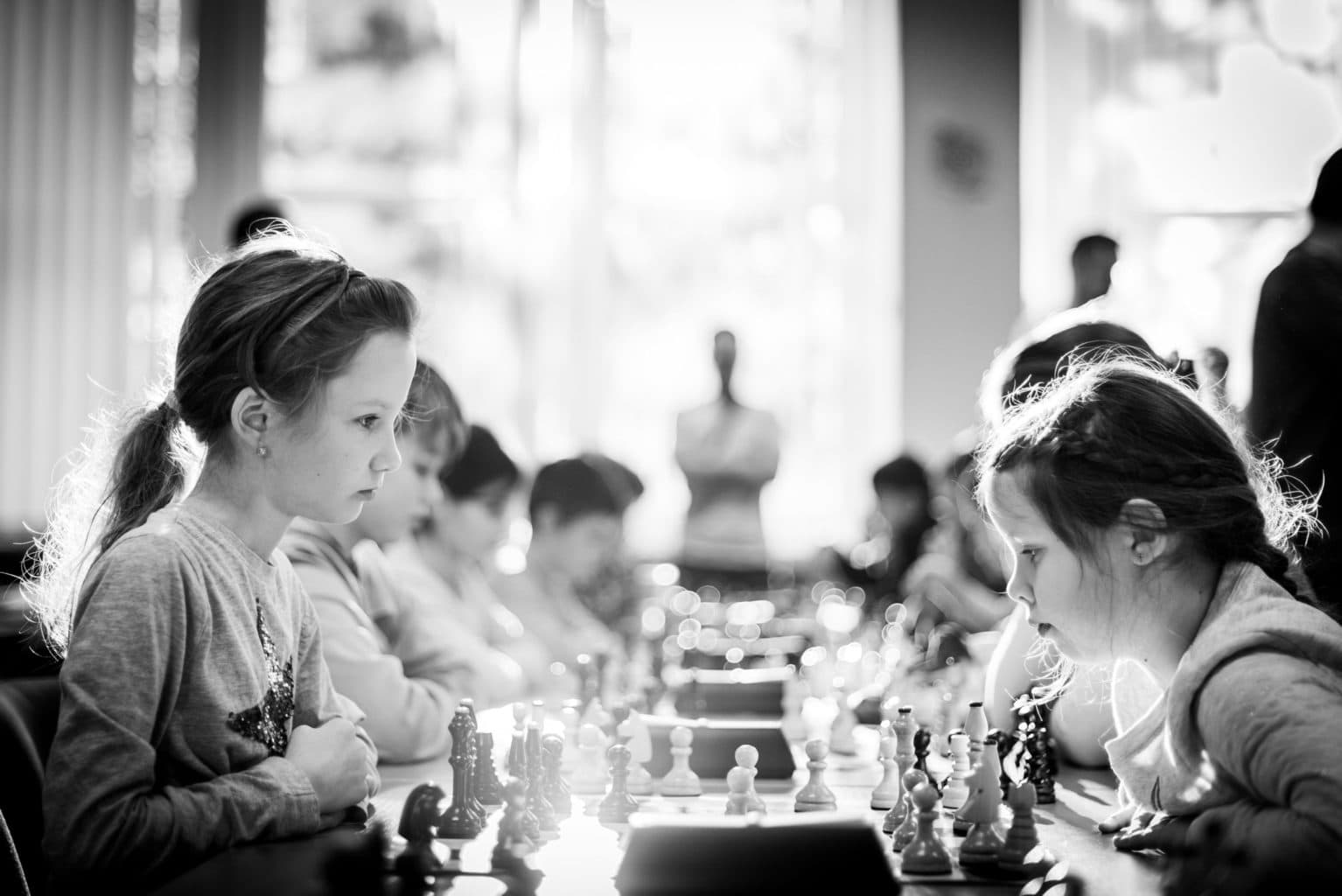 Teaching chess in the classroom can help young people deal with risk and reward later in life.

Chess in the classroom

The simple answer is, yes.

Our research indicates that education departments across Australia should strongly consider integrating the teaching of chess in the classroom to help young people deal with risk and reward later in life.

The European Parliament has expressed a favourable opinion for using chess courses in schools as an educational tool. Two European countries – Armenia and Poland – have already made chess instruction compulsory in their primary school curricula.

India is also making progress in introducing chess to the school curriculum. India currently has about 17 million children involved nationwide, especially in the states of Gujarat and Tamil Nadu where chess is part of the school day.

In 2007, Evan Thornley, at that time Victorian Premier John Brumby’s parliamentary secretary for national reform and innovation, wanted the Government to provide more chess programs across the public school system. In light of the research findings, it might be time to reconsider this proposal more seriously across Australia.

Our research, which was recently published in the Journal of Development Economics, identified that learning the rules of the game, basic chess strategy and repeatedly playing chess over time has a significant positive effect on reducing the level of risk aversion in children.

We conducted a field experiment to examine the effects of intensive chess lessons among grade five students who had no previous exposure to chess. Following a curriculum approved by the World Chess Federation, over 400 students participated in the randomised experiment.

Students participated in a 30-hour chess training program over a three-week period and were followed closely for nearly a year after their training had ended.

Learning chess from a young age may teach students to recognise opportunities to take calculated (rather than unknown) risks, as reflected in the choice of opening moves to use, and in assessing the appropriate time to sacrifice material to attack an enemy king.

Chess-playing may also decrease risk aversion through increased exposure to win/lose situations and competition, and by teaching them how to embrace loss and failure.

Risk aversion is an important concept due to its links to risky adolescent behaviours such as drugs, smoking, truancy, and involvement in criminal activites.

Higher risk aversion has been shown to be detrimental to key household decisions, such as choice of occupation, the likelihood of owning stocks in the share market, becoming an entrepreneur, and being active in sports for fear of injury.

Chess may therefore be of particular interest to policymakers who are interested in identifying programs that can provide early stimulation and help develop important “soft” life skills in children, such as an appreciation for the concept of risk, during their formative years.

Uncertainty is inevitable from birth and learning how to take calculated risks is important in many life situations. Arguably, being able to interpret potentially risky situations and the ability to avoid excessive risks are among the most important skills one develops throughout adolescence.

Helping to model, nurture and teach good risk-taking skills to children will help them be better prepared to meet life’s challenges.

Benjamin Franklin wrote more than two centuries ago that several very valuable qualities of the mind, useful in the course of human life, can be acquired or strengthened from playing chess.

By considering consequences before taking action, by not making chess moves too hastily, and by accepting the consequences of one’s rashness, important life skills such as foresight and caution can be taught.

In other words, Franklin was explaining how chess can teach one about the concept of risk-taking in life.

Perhaps it’s time to consider how chess can be taught to Australian children, thereby giving them the ability to contemplate the difference between calculated risk-taking and reckless behaviour.

Fuelled by a Netflix blockbuster, chess is making a comeback – and that's good for children