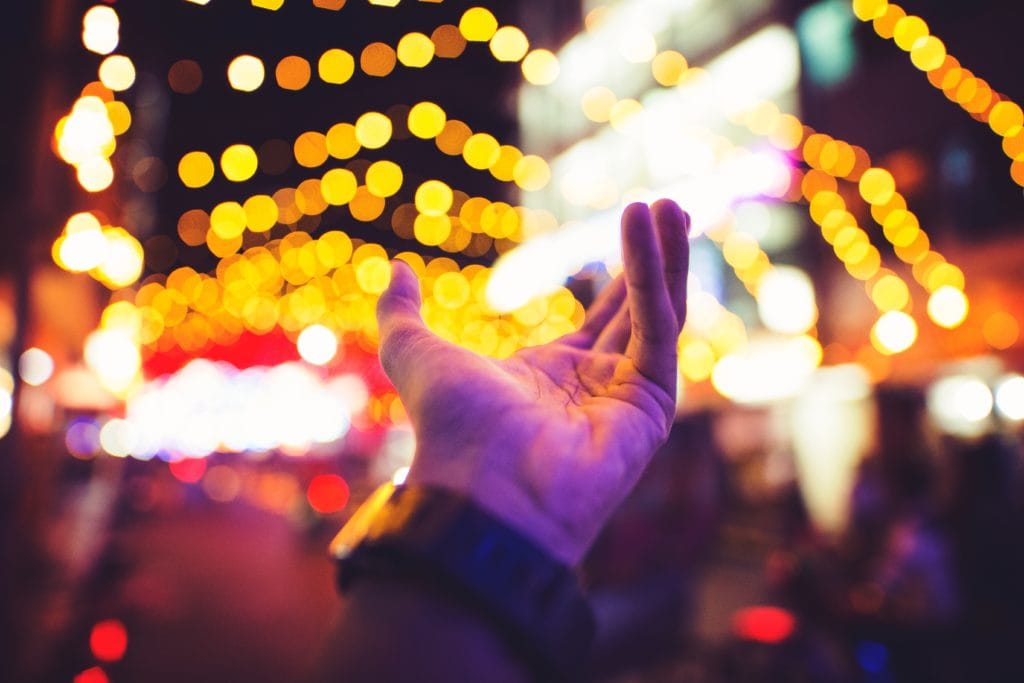 Using public recognition is a useful way to motivate volunteers and attract people who are not necessarily motivated by altruism.

Understanding what motivates people to volunteer their services and how to keep them motivated is not straightforward. Most people who work are lured by financial reward, but if that wasn’t the prime motivation what would provoke us to do a job?

Believing that volunteers may be motivated by social image concerns, new research from Monash Business School shows that dropout rates increase when volunteers are offered a performance-contingent public-recognition certificate, especially those with high altruistic and strong career motives for volunteering.

Associate Professor Asad Islam from Monash Business School’s Department of Economics has been working with volunteers who tutor students in Bangladesh to determine what motivates them and examine the effects of offering non-financial incentives on dropout rates and performance.

The research shows that even without financial compensation, there are incentives that will lift volunteers’ performances to get greater results.

“Despite nearly doubling the dropout rate for the most desirable volunteers, the incentive of a recognition certificate improved overall student performance because it motivated performance among volunteers,” he says.

Over the last two decades, Bangladesh has seen a significant improvement in secondary school participation yet student learning level is poor and dropout rates at the secondary level remain high.

Associate Professor  Asad  Islam and a team from Monash Business School including Dr Sakiba Tasneem and Associate Professor Liang Choon Wang, have been working closely with BRAC, an international development organisation based in Bangladesh, hoping to improve the educational outcomes of disadvantaged secondary school students in rural Bangladesh.

BRAC initiated the Chhatrabandhu (CB) Program in 2007 to provide students with free after-school tutoring services through the help of volunteers. 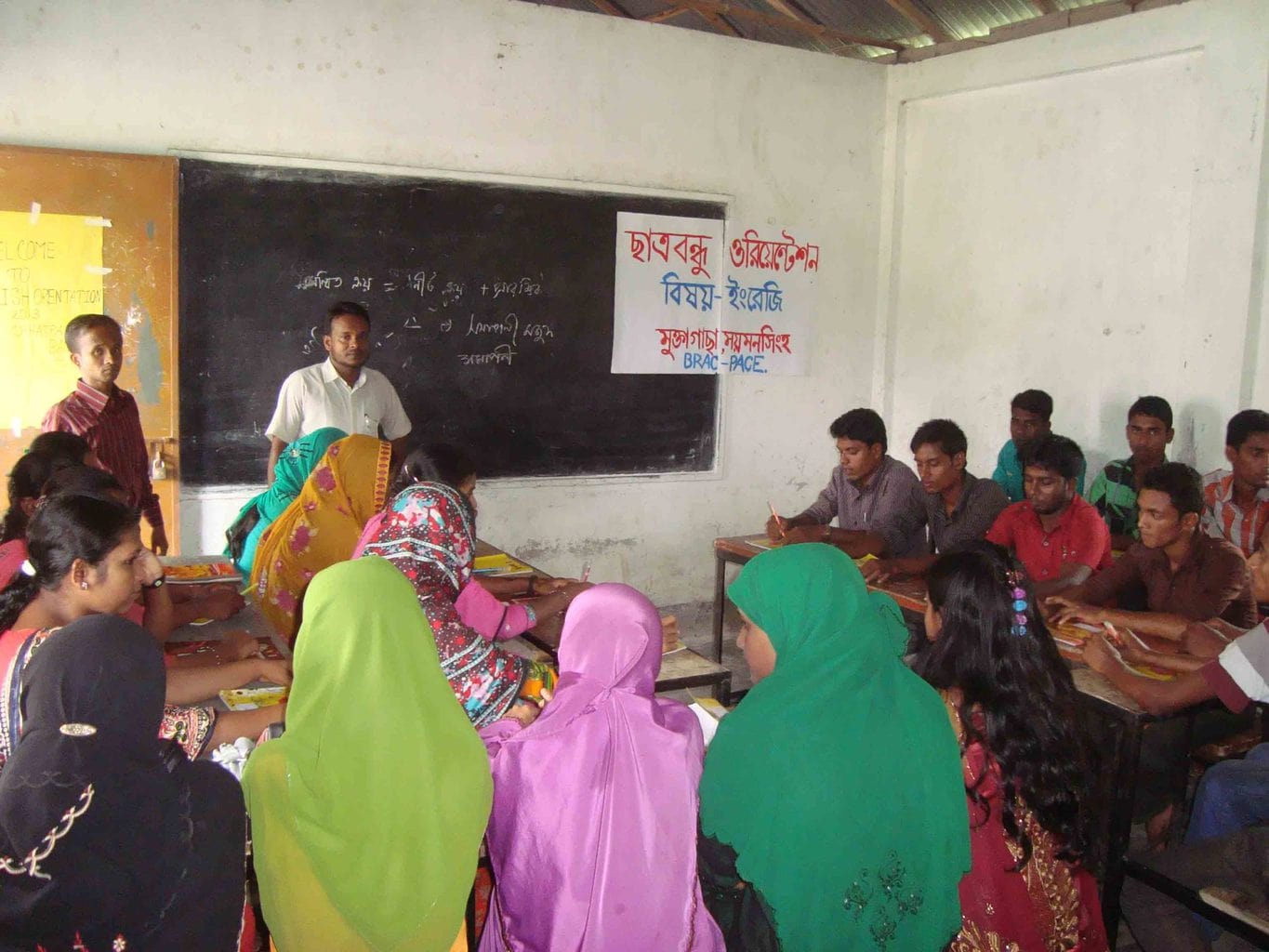 CB tutors meeting with BRAC for training about the project.

A common strategy to attract and retain the volunteers is to use awards, certificates, and public recognition to help retain effective volunteers.

Although widely recommended, Associate Professor Islam says there is a lack of experimental evidence in the field regarding the impact of public-recognition rewards on the retention and performance of volunteers.

“To examine whether the use of non-financial incentives such as public recognition improves the retention and performance of volunteers, we conducted a natural field experiment in the CB program of BRAC,” he says

“What we wanted to test was if motivating the volunteer tutors would help the students.”

The typical CBs are local youths who live in the same village as the students and have completed their secondary education.

The study involved more than 4000 CBs who provide free after-school tutoring services in mathematics and English to more than 5,000 underprivileged secondary students in about 500 schools across Bangladesh.

In the experiment, they randomly assigned the CBs into one of three groups. CBs in the first group were offered a certificate of excellence in a public ceremony at the end of the two-year program if their students did well in their academic achievements. If their students did not experience any achievement gain, these CBs were awarded a regular certificate of appreciation.

CBs in the second group were offered the same types of certificates, but the certificates would be provided privately rather than in a public ceremony.

While those in the third group would only receive the regular certificate of appreciation, irrespective of their students’ performance.

All the CBs received formal letters explaining the incentives they were offered at the beginning of the study in 2015, but they were unaware of the types of certificates offered to other groups.

“Interestingly, our findings suggest that offering the performance-based public-recognition certificate increases the dropout rate of volunteer tutors by 21 per cent, but that offering the performance-based private-recognition certificate does not. Instead of improving retention of volunteers, the incentives backfire,” Associate Professor Islam says. 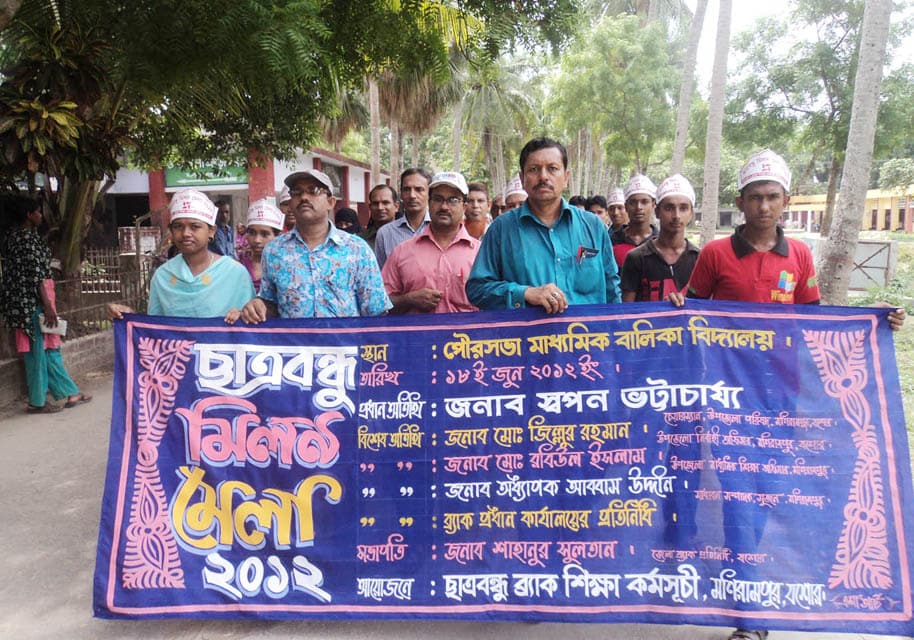 Tutors and local teachers in Bangladesh marching to the award ceremony where they will be publicly recognised for their work.

He explains that how volunteers respond to a certain incentive crucially depends on their motivations for joining the program.

Volunteers may also engage in volunteering activities because they want to ‘show’ to their community that they are public-spirited and altruistic.

Associate Professor Islam suggests that the public-recognition award may backfire the retention of an image-concerned volunteer if the volunteer is worried that their motive to help others is being misperceived as their desire for rewards, fame, or public recognition.

“To avoid being misperceived as reward seeking, fame seeking, or shallow, volunteers who are highly motivated by unselfishness and generosity drop out of the program,” Associate Professor Islam says.

Although dropout rates increase among the volunteers, they found that academic performance of students improves as a result of the performance-contingent public-recognition certificate award, on average. 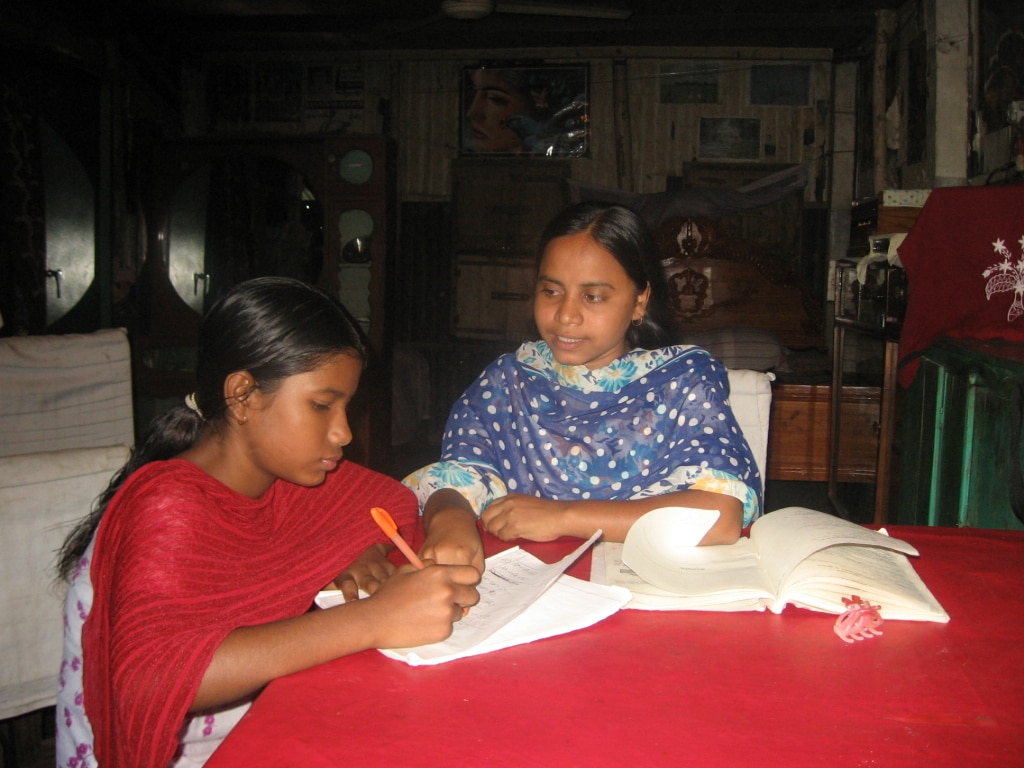 CB volunteer with a student

“The reason is that volunteer tutors who remained in the program, especially those who have a low altruistic motive for volunteering are incentivized to perform as the program increases the visibility of their participation and performance,” he says.