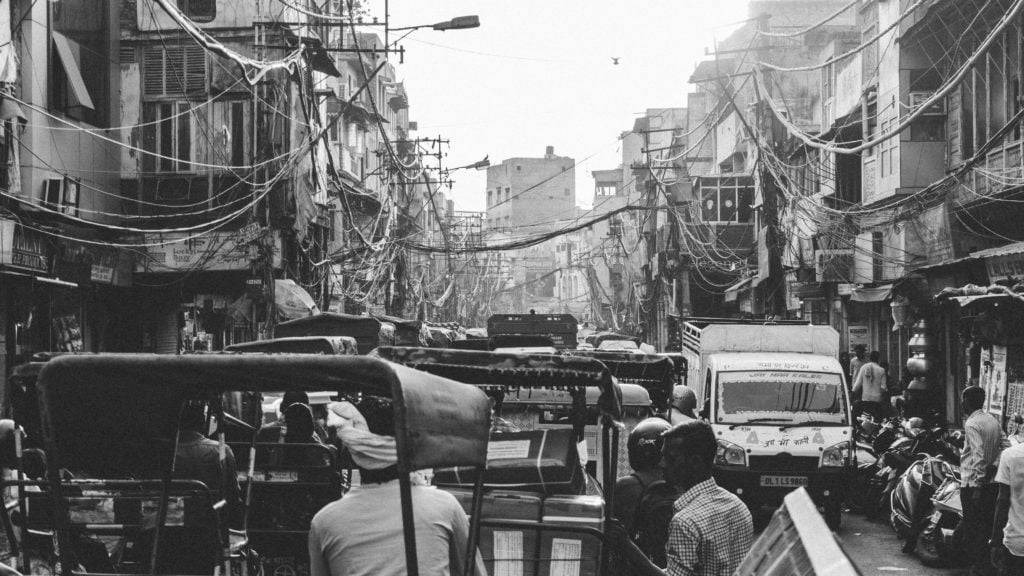 How do we erase poverty? A new book takes a look at recent developments in the analysis of household behaviour on prices and how we measure poverty, taking a fresh look at an age-old problem.

How do goods and services prices affect inequality and poverty within a country? And how do we know whether one country’s citizens experience more poverty than another?

It explores how the issue of prices has moved from macroeconomics based cross-country comparisons of inflation and GDP to microeconomics based behavioural and welfare comparisons between households. The book also outlines the advantages and problems of many of the indicators and indices around poverty, inequality and household well-being.

Purchasing Power Parities (PPPs) are a commonly used economic tool that provides the adjustments required to market exchange rates such that the price of an item in two countries is identical if expressed in a common currency.  These calculations ensure that the same quantity of goods and services are priced equivalently across countries.

The book investigates the role of PPPs in international comparisons and how they are used to calculate poverty rates in regions and globally. To calculate the poverty line, a detailed program is run by the ICP under the umbrella of the World Bank. The ICP determines the true purchasing power parities of an individual country’s currency in US dollars.

“Cross-national comparisons are very important now as countries try to capture the attention of the World Bank,” says Professor Ray.

“Yet how do we best compare countries that have different currencies? And also within a country, how do we compare the different prices offered in different regions within it.” 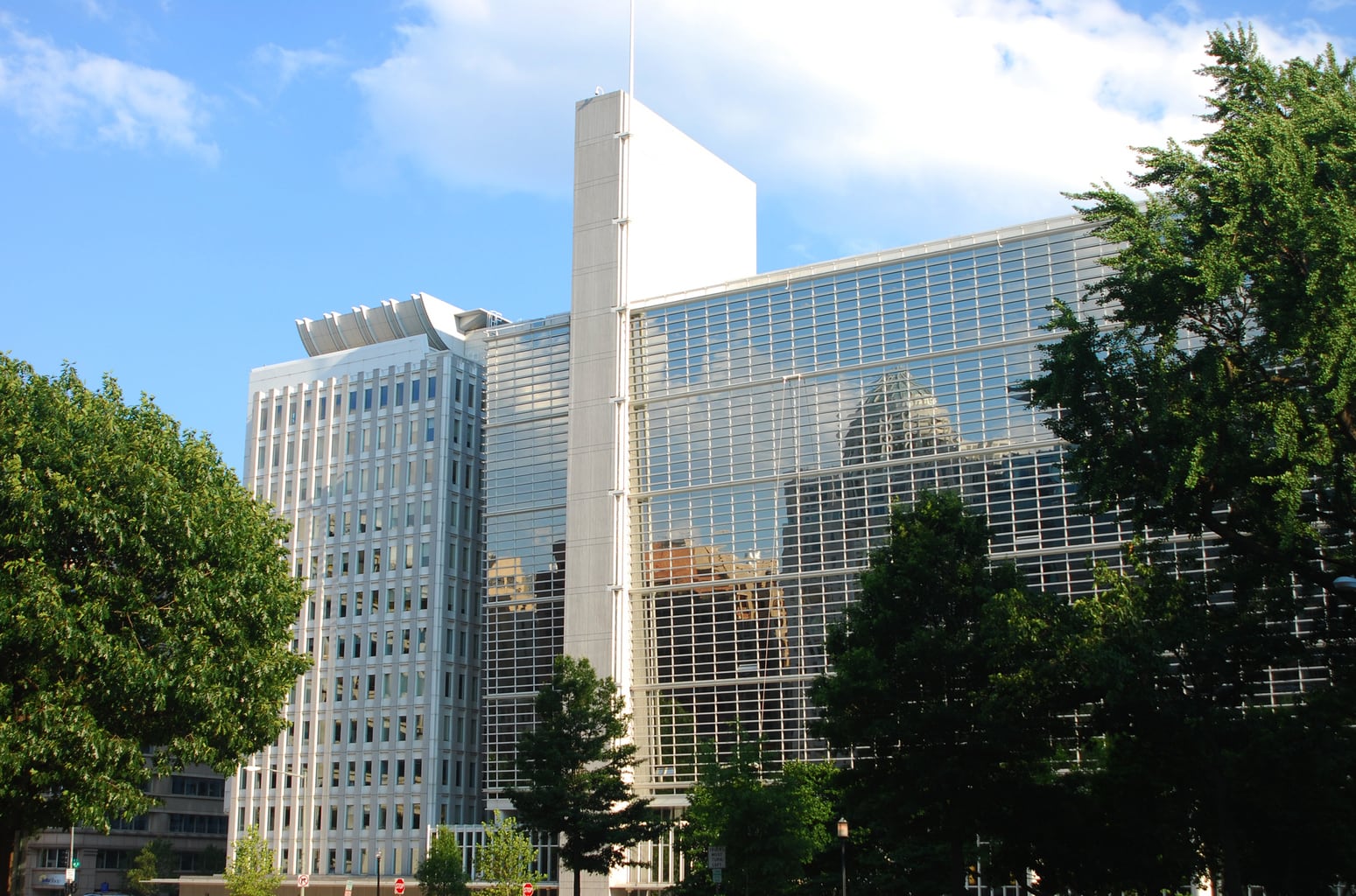 The International Comparison Project (ICP) which periodically brings out PPPs between currencies has now signalled – after reporting prominently on Professor Ray’s work – its intention to move its focus from single countrywide PPPs to subnational PPPs in its future rounds.

To set the International Poverty Line, the ICP uses the PPPs gathered from nations to work out a simple average of the national poverty lines from the 15 poorest countries in the world. PPPs are regarded as more appropriate for currency conversions than exchange rates.

Another area explored in the book is how the measurement of poverty has changed – from a simple money metric of a poverty line to a multidimensional view which encompasses a broader view of deprivation.

“The traditional procedure of counting the poor based on the income or expenditure-based poverty line has given way to multidimensional poverty measurement which requires an array of information at the household level on access to facilities considered essential for a decent life,” says Professor Ray

“It also illustrates that over time the data sets have become more policy friendly and can now be used to analyse behaviour at household and individual level, leading to better policy outcomes.”

The book has an emphasis on India – a country of paradoxes. The Indian economy is the fourth largest in the world in terms of aggregate GDP (PPP) behind China, USA and the EU, but on per capita GDP it slides right down the rankings and has high levels of poverty, illiteracy and undernourishment.

India lacks the kind of large-scale panel data of the type that is available in countries such as China and Australia. Instead, the National Sample Surveys of India are also slipping in terms of reliability, sampling biases and their increasing divergence from the national accounts. Professor Ray advocates the need to improve the quality of data available in India in order to improve policies in this area.

“It is important to not only measure poverty, but also to identify those who suffer long spells of poverty, the duration of such spells, and the dimensions where the spells are particularly acute,” he says.

“The Australian HILDA data has allowed us to identify areas of persistent deprivation and target groups such as indigenous Australians that are more deprived than others.” 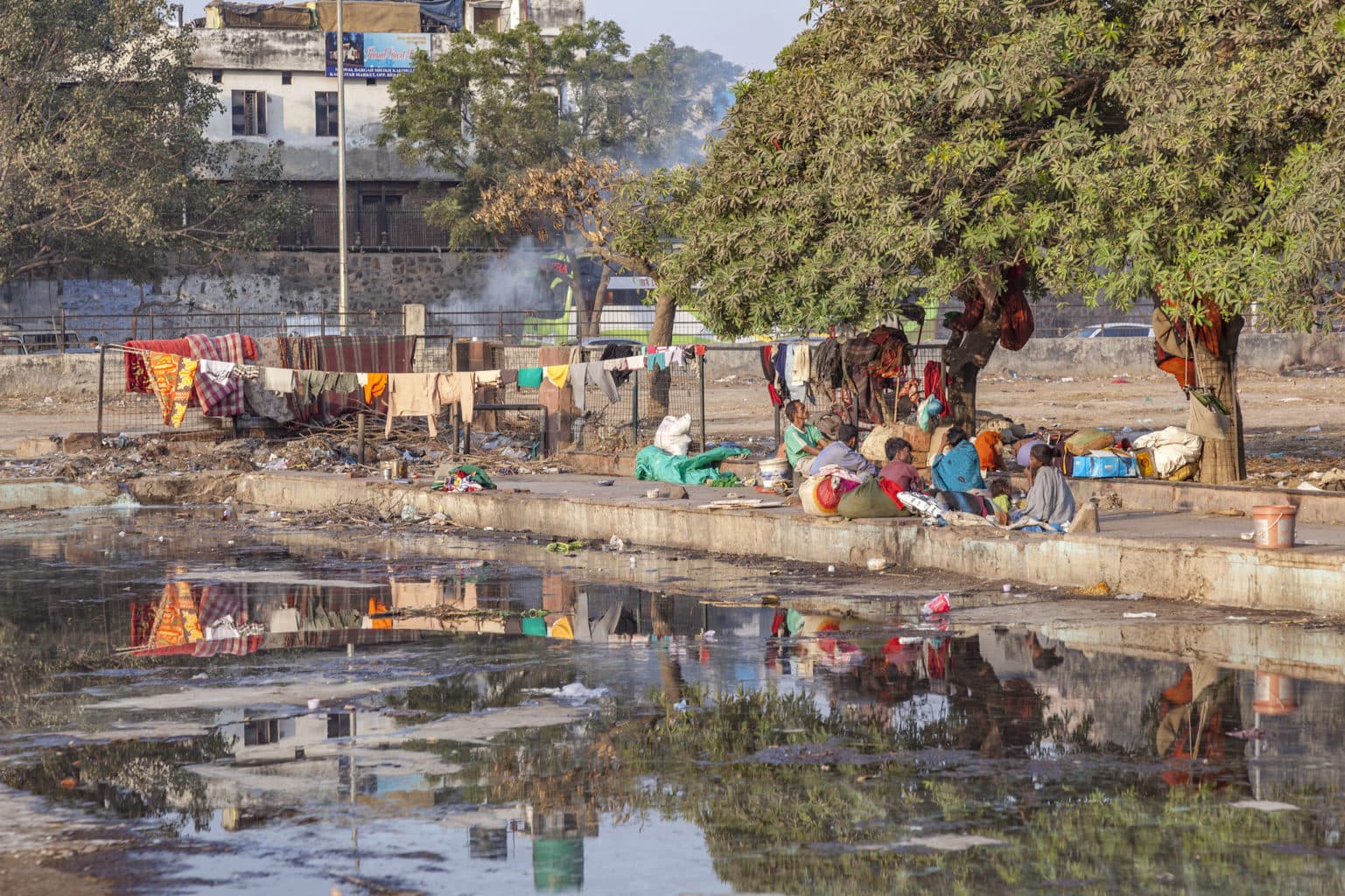 DELHI, INDIA -people live at the promenade of a canal near Meena Bazaar Market in Old Delhi, India.

Reviews for the book

Household Behaviour, Prices and Welfare – A collection of Essays including Selected Empirical Studies is a first attempt to integrate theory on household behaviour and welfare, methodology and policy in this area. 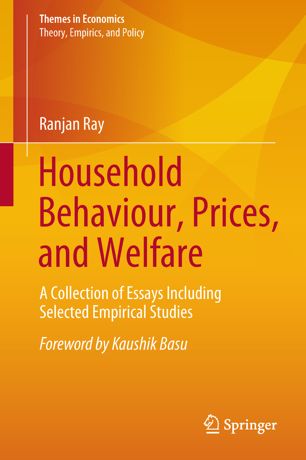 Due to be released in the first week of November, this will be the first volume in the Springer Series ‘Theme in Economics: Theory, Empirics and Policy.

“Not only does this book provide a comprehensive review of the literature in this space, but it also collates Professor Ray’s ongoing work as well as new papers.”

“The value of the book lies in the wonderful, encapsulated account it gives of all the specialized work that goes on behind the production of these headline numbers concerning inequality, poverty and household welfare, in India and other economies, that all of us take an interest in and only a few fully understand,”

Kaushik Basu, Former Chief Economist of the World Bank and Professor of Economics and Carl Marks Professor at Cornell University.

“This book contains a selection from the outstanding lifetime scholarly contributions of Professor Ranjan Ray which focus on the measurement of household behaviour and welfare.   It will serve as an invaluable resource for development economists, economic statisticians, researchers, policymakers and aspiring graduate students.”