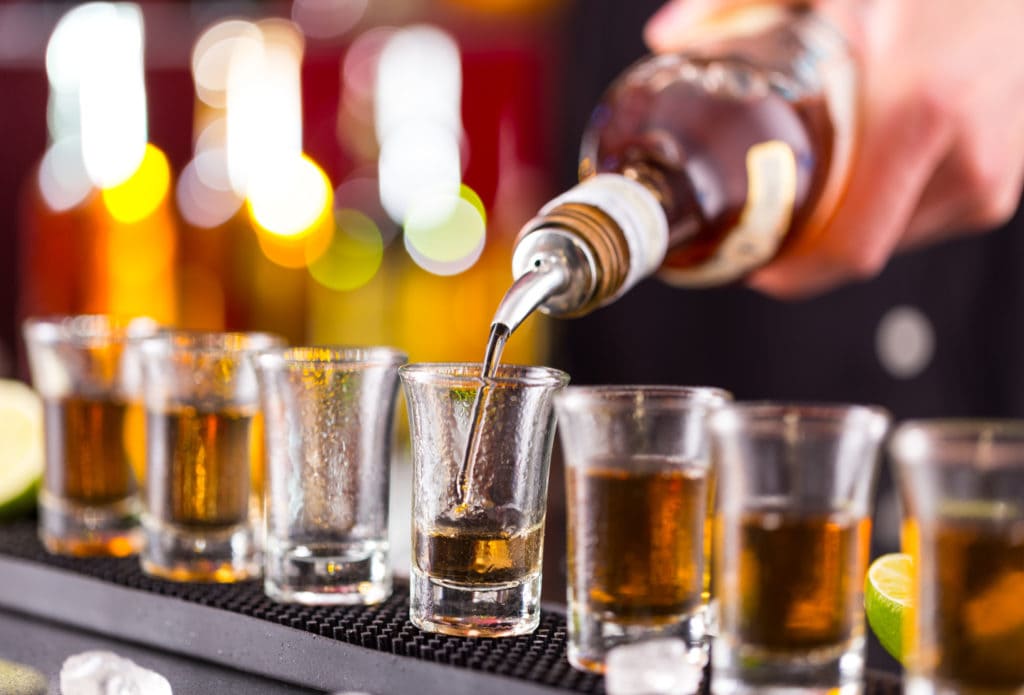 One tequila, two tequila, three tequila, floor: Could a minimum unit price on alcohol cause significant falls in the amount of alcohol consumed by at-risk drinkers?

An innovative analysis by our researchers could unstick a decades-old debate over alcohol taxation policy.

The new paper, by Anurag Sharma, Fabrice Etile and Kompal Sinha, provides much-needed insight into how alcohol consumption would look under a different alcohol pricing regime by applying a brand new technique.

“It has been established that increasing the price of alcohol leads to reduction in consumption, especially by heavy drinkers drinking at harmful levels.”

Alcohol prices in Australia are affected by a complex tangle of taxation regimes resulting from decades of competing policy objectives. As a result, wine is subject to a tax on its value, while a volumetric tax applies to spirits – often at a much higher rate. Alco-pops are the target of yet another tax. The result is policy that fails to target problem drinking.

Minimum unit price policies have already been applied in Russia and Canada. But in the UK doubt has impeded implementation. Would it actually work?

In 2013 the British government refused to apply a minimum unit price to alcohol on the basis of a lack of conclusive evidence it would deter problem drinking and not penalise other drinkers.  In Australia, a lack of evidence has also impeded change. But thanks to Dr Sharma and his colleagues the evidence basis is now substantially richer.

The new paper shows a minimum unit price would cause significant falls in the amount of alcohol consumed by at-risk drinkers, with much smaller falls among low-risk drinkers.

“The effect of MUP in reducing alcohol purchases would be concentrated on households purchasing at risky levels, and the subsequent drop in their alcohol consumption would yield significant benefits for public health,” the paper argues.

Risky drinking tends to be concentrated among households with lower incomes, who also tend to buy alcohol that would rise in price under a minimum unit price policy. Dr Sharma and colleagues caution that the policy would affect income related inequality, but that this must be viewed in context.

“Heavy drinkers are more likely to belong to lower socio-economic status groups. However our research has shown the average tax burden due to a minimum unit price for heavy drinkers is around $10 per week per person, whereas the health benefits are much higher,” Dr Sharma says.

The study used an existing data set containing 884 Australian households who purchased alcohol, surveyed over 52 weeks by a survey company. The households were required to scan all items purchased, yielding a data set rich in detail, including brand and price, although excluding alcohol bought and consumed outside the home.

This data fed into a model that is able to use the characteristics of the households in the data set to model how they would be likely to react under a different pricing regime.

“Since a minimum unit price is not implemented widely yet, and there is no real scenario data post implementation, the method we use allows us to create a counterfactual scenario under a $2 minimum unit price. It subsequently lets us calculate the reduction in consumption under such a policy,” Dr Sharma says.

The evidence it has helped create could lead to real change in the lives of Australians, says Dr Sharma.

“Drinking alcohol at harmful levels is strongly correlated with violence and poor health outcomes. A $2 minimum unit price has the potential to significantly reduce the negative externalities of alcohol consumption.”