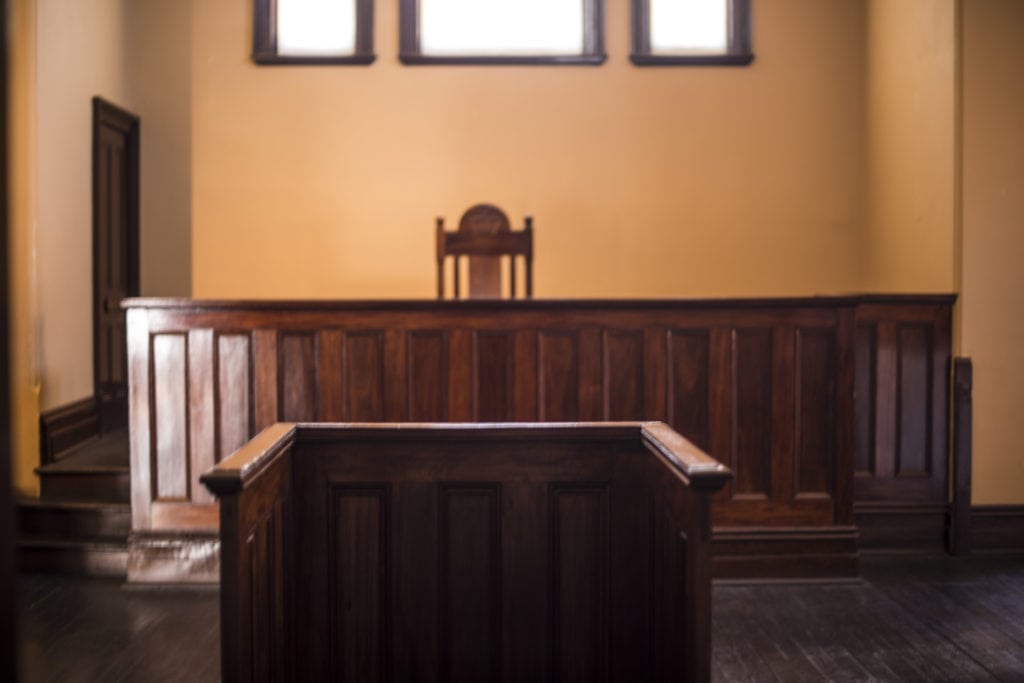 New research shows we are woefully ignorant about the function of the High Court. (Note to Australia: our Chief Justice is not Judge Judy.)

Last year, the High Court of Australia heard some pivotal cases, including the legality of the same sex postal vote and the seven parliamentarians who potentially held dual citizenship.

The first of its kind in Australia, the research shows most people struggle to identify the names of the High Court Justices, while few knew the number of Justices on the Court, how the Justices are appointed, or for how long they serve.

In fact, more survey participants knew of the US television judge known as Judge Judy than were able to identify any member of the Australian High Court, including Australia’s first female Chief Justice, Susan Kiefel.

Still others were confused about whether the Australian High Court had heard a legal appeal from former US celebrity and convicted felon, OJ Simpson.

Carried out by Professor Russell Smyth, Deputy Dean (Academic Resourcing) at Monash Business School and Professor Ingrid Nielsen at Deakin Business School, the Australian work builds on a similar US study, which showed that public support for the courts is strongly linked to their level of understanding about how they work.

For Professor Smyth, the Australian results point to a significant shortcoming in our understanding of the High Court, which can lead to confusion and cynicism around other executive functions.

The survey also revealed a mixed awareness about some of the recent high profiles cases heard by the High Court.

“Lacking awareness of the Court, the general public will invariably mix up the roles of the Court, on one hand, and the Parliament and the Executive on the other, leading the public to imply to the Court a more overt political role than is warranted,” he says.

They carried out a survey of a representative sample of 520 adult Australians over a two-week period last November. The researchers also examined the extent to which variation in the general public’s awareness of the High Court can be attributed to differences in participants’ age, education and gender.

They also tested awareness of recent High Court cases and compared how well people identified High Court judges against major political leaders in Australia, the US and UK. These were compared to US public awareness of major US Supreme Court decisions.

But awareness of recent cases decided by the Australian High Court was mixed. More people were aware of two very visible 2017 cases – the legal validity of the plebiscite on same-sex marriage and the ‘Citizenship Seven’ (involving members of parliament ostensibly holding dual citizenship). These on a par with public awareness in the US of major Supreme Court decisions.

However, there was low awareness of the less visible Julian Knight case, which tested the legal validity of Victorian legislation preventing the release of the convicted murderer.

More worryingly, many were not sure whether it had heard a failed appeal in 2015 from OJ Simpson to overturn his kidnapping and armed robbery conviction in the United States.

When asked “What political office does Susan Kiefel currently hold?” less than 13 per cent had a more-or-less correct answer of Chief Justice; compared to the 20 per cent who identified Judy Sheindlin. (Answer: she is Judge Judy.)

Respondents whose answers were ‘nearly’ correct were incorporated due to US research which argued this showed they have some level of awareness.

The Australian results compared unfavourably with awareness of the major political leaders in Australia, the US and UK.  Some 91 per cent of respondents identified US President Donald Trump; 86 per cent identified Prime Minister Malcolm Turnbull; 77 per cent correctly identified Opposition Leader Bill Shorten; and 85 per cent recognised the UK Prime Minister, Theresa May.

Public awareness of how the Justices are selected, how long they serve and how many Justices (and female Justices) there are on the Court was also much lower than in the United States.

“There are important reasons why we should care about the level of public awareness of the High Court and this is something that we are now looking at in some follow-up research,” Professor Smyth says.

“The idea that awareness is very low is what we expected. There is no other Australian research on this topic and Australia is a hard test because the judges are not really in the spotlight, unlike in America where the Supreme Court is more politicised.”