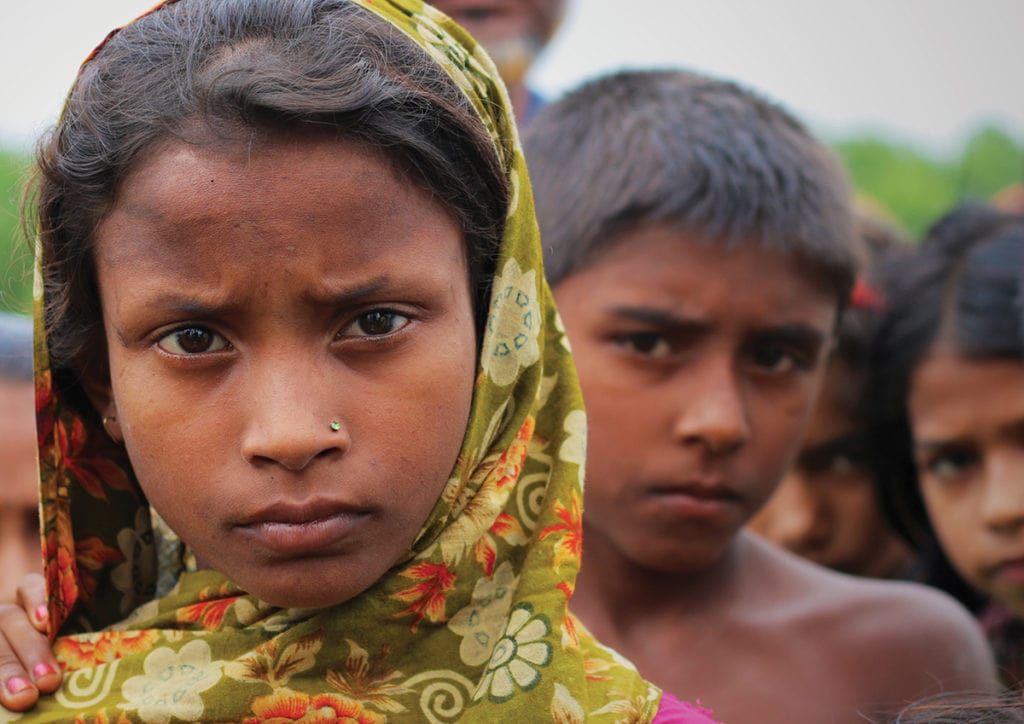 Parental gender favouritism has long been assumed to exist among developing countries, leading to prejudice against girls in areas such as education and health.

But a study of families in Bangladesh led by Monash Business School’s Professor Philip Grossman and Dr Asadul Islam along with Lutfunnahar Begum from the National Board of the Revenue, Dhaka, Bangladesh questions the assumption that this is based on favouring one sex over the other.

Instead, the research suggests that gender bias in these countries could be largely down to the social security system or labour market discrimination faced by women.

“Our results call for caution in attributing parents of gender bias in many developing countries,” says Professor Grossman.

According to Professor Grossman, gender bias in developing countries could be addressed primarily through affirmative action in the labour market or other policies, such as addressing the old-age security concern.

Many previous academic studies have established discrimination in developing countries against girls and women.

However, according to Professor Grossman, these studies have relied primarily on observational data and may not be the real preference of parents.

“For example, parents may just have higher expectations of their sons because they support them in their old age whereas daughters impose costs through dowries,” he says.

For the research, couples were randomly selected from households that had school-aged children between 6 and 18 years of both genders across 66 villages in two districts – Khulna and Satkhira – in southwestern Bangladesh.

On average, 13 households were selected from each village – with a minimum of four and a maximum of 34 households from a village.

Participating in the study were 882 couples or 1764 individuals who were asked to complete a task and answer a survey designed to find out how biased towards the sexes they were.

Parents were asked to divide a sum of money between an anonymous girl student and an anonymous boy student. They were told that all money allocated to both the girl or boy would be donated to local schools to fund education-related gifts for both sexes.

“On average, subjects in all treatments split the endowment equally between boys and girls,” says Professor Grossman. “When parents were forced to give more to one sex, there was a very slight preference towards boys.”

No bias towards either sex

The study goes against the belief that boys are favoured in developing countries, as no bias was shown in the study towards either sex and boys were not allocated a larger share of endowments overall.

Parents also were found not to display any particular favouritism towards children of the same gender.

“There have been a lot of previous academic studies that suggest that parents in certain countries put more money in health and education of males than female children,” says Professor Grossman.

“Our work shows that the evidence people were previously putting forth was driven by market forces rather than parental preferences. This is because boys work outside home and support their parents and so investing in boys was the wiser thing to do economically.”

When completing the survey, parents were also asked who makes the decision around the education of the children. In around half of the households, fathers and mothers chose different options – usually giving themselves more importance in the decision making.

“Generally both the father and mother each believes that he/she individually has more control over the decision-making process than what their spouse believes,” says Professor Grossman.

However, Professor Grossman cautions about applying the results of this study across all developing nations.

“Bangladesh differs from other developing countries in several aspects,” he says.

“In recent decades, the government has also undertaken several initiatives to foster female education and employment and there has been a rise in microcredit businesses which mean that women are also able to support their parents.”

Girls in the workforce

However, still more needs to done to encourage the role of girls in the workforce to ensure more education of girls during childhood.

As an extension of the study Professor Grossman, along with Dr Asadul Islam and Lutfunnahar Begum, also investigated further into the issue of parental gender bias – expanding the experiment to find out how parents who were biased invested in their children’s health and education.

The results show that parents who are biased in favour of their sons are more likely to have the boys enrolled in school and spend more on their education. They are also less likely to call for a doctor when their daughter is sick. Yet parents who do not favour either sex, do not differentiate between their sons and daughters when it comes to education or health.

“This finding has important policy implications, because if discrimination against females exists in the market or in the society, then this discrimination is further aggravated by parental bias,” says Professor Grossman.