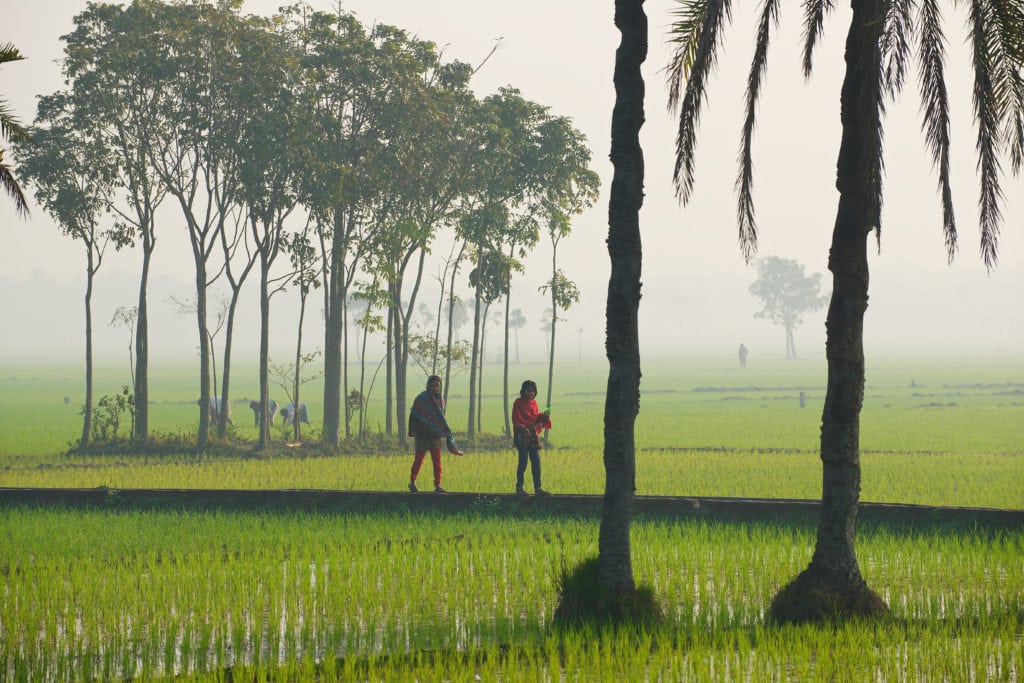 A new farming technique that tackles global food scarcity has revealed increases in both rice crop yields and farmers’ profits. But its broader implications could lead to a more sustainable environment.

It’s considered the simplest of food staples for millions around the world. But rice consumes both time and considerable resources.

Dr Asadul Islam from Monash Business School’s Economics Department has made a breakthrough in demonstrating a dramatic potential for increasing rice yields and associated incomes for Bangladesh farmers, without requiring additional costs such as seed, fertilizer or increased irrigation.

At first glance, studying the impact of a rice crop might seem an odd topic for economists. But in Bangladesh, more than 70 per cent of the workforce relies on agriculture for their livelihood and spend more than 60 per cent of their food budget on rice.

These days, economists are focusing more on solving the real world problem – understanding what works and what does not, and what benefits more.

Therefore, reducing the costs of rice production and improving the yield can have a dramatic and immediate impact on farmers and indirectly on the health of whole economies in developing countries.

“The project is important in that it’s examining how to improve agricultural productivity (and growth) in a developing country by focusing on a new and improved rice cultivation method. While it has been tried in many other contexts and proven to be useful,” Dr Islam says.

What is new here is that they used randomized controlled trials in a large scale which help to assure that the results obtained are not contaminated by selection bias that could arise if farmers self-select to adopt this SRI or if they use a different plot of land for SRI.

SRI was first developed in Madagascar in the 1980s and now used in countries such as Africa, Indonesia and India.

Dr Islam’s new research confirms for the first time the benefits of the method, showing both crop harvest and income can increase by more than 50 per cent. It is the first time a major study utilising a reasonably-sized randomly selected sample has confirmed this result. 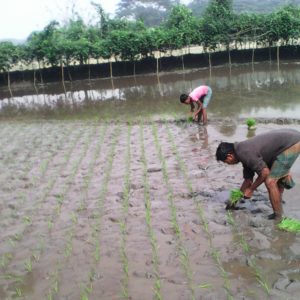 “These gains, although widely documented in observational data from a variety of countries, had not yet been verified with adequate scientific rigour before,” Dr Islam says.

Over two years, his research team have taught farmers about the technique, which had only been adopted in a limited way by farmers in Bangladesh.

Understanding the sheer scope of the issue is critical. Bangladesh has a population of 180 million. Yet it is a small land, so the ability to boost productivity is not as straightforward as in other countries and their food supply remains much more precarious.

Overwhelmingly, rice is their main food.  Born and raised in Bangladesh, Dr Islam understands the context. “Rice is very important to the whole country. Even the rich people eat rice 3 times a day,” he says.

SRI has previously shown to increase the crop yield by at least 50 per cent in the past, but the studies have been small. Dr Islam’s colleagues were confident they could prove the benefits were even greater than 50 per cent. But to prove the technique, the team needed a larger sample study; and to do that, they had to persuade farmers to set aside methods they had followed for generations.

One of these challenges was persuading farmers to sow fewer plants.

“In fact, you need fewer plants because given more spacing, the plant will be ready in 15- 25 days as opposed to 35-40 days, thereby increasing the number of crops per year and increasing the rice output,” Dr Islam explains.

But there were doubts. “To begin with, it looks different. As we went out to show them the SRI techniques, sometimes the farmers had a traditional thinking as to how the rice field should look – it’s not easy to change that norm. So, the study had to change their way of thinking first,” Dr Islam says.

The team held information sessions, undertook training and showed video demonstrations. They later returned to reinforce the method and to help farmers struggling with the change.

Because it’s about how the rice is cultivated, the SRI technique does not require more capital or technology. However, it requires more management skills because traditionally farmers cultivating rice in Bangladesh would simply plant it without much of a system. 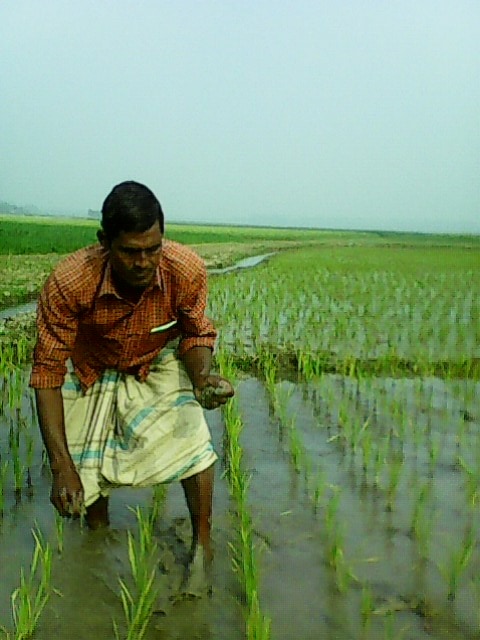 The method also includes small changes to irrigation, planting and fertiliser; yet interestingly uses more organic fertilizer rather than the chemical ones many were using. This gives them a more sustainable option, that is kinder to both the environment and the health of farmers.

“When the farmers use chemical fertilisers this can increase their chance of them getting infected hands. So this method is more environmentally friendly. By following these principles, they can see for themselves how this improves their farming,” Dr Islam says.

Dr Islam and some of his team have now met with Bangladesh’s Minister for Agriculture and the Head of the Department of Agriculture who is charged with helping to spread new seeds and technology to farmers.

According to Dr Islam, they are very encouraged by the results of the study and are willing to consider the technique. But they need further studies. In particular, they would like to conduct further studies through the government research association, the Bangladesh Rice Research Institute.

The team is currently looking for donors so that can undertake the next stage of research on a broader scale and convince the Bangladeshi government that this works. The study is hoped to be published before the end of this year.

“If we can convince them through further research and working with them then this could be a very good outcome for the farmers and people of Bangladesh,” he says.

“It will be the biggest achievement of my life if I can do this.”