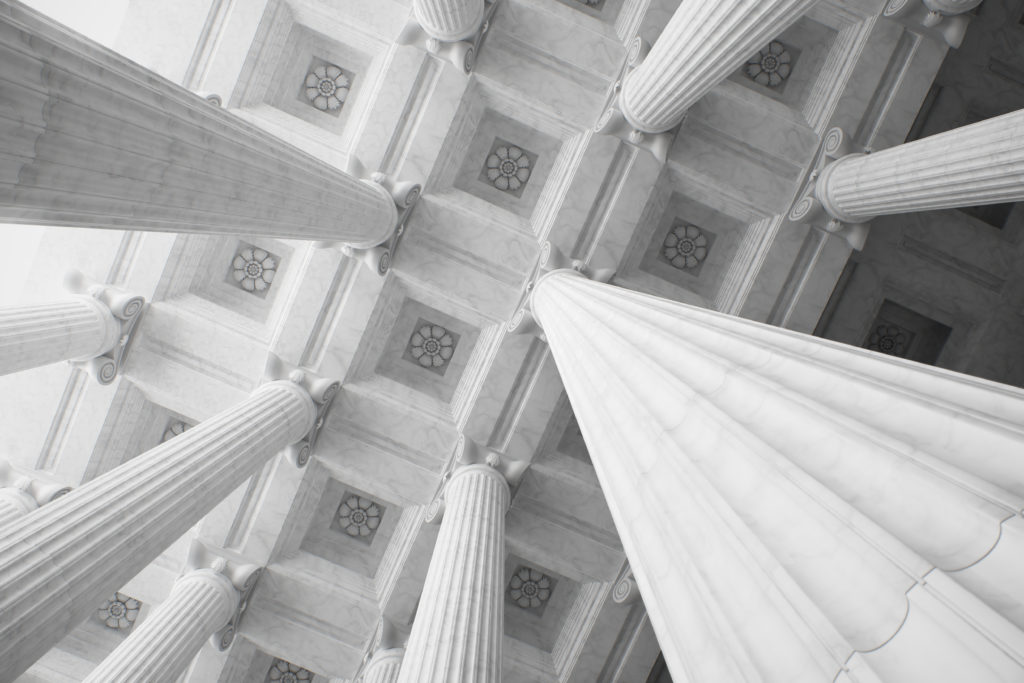 Two legal inquiries are currently underway into litigation funding; but just how much regulation is enough?

It now faces the task of trying to regulate the practice in a fair and just manner without the benefit of much overseas precedent.

At issue is the effective level of regulation around litigation funding – probably best known for its role in funding class actions in Australia – and the need to balance the interests of litigants seeking affordable access to justice, while policing conflicts of interest that affect the integrity of the civil justice system.

The tentative green light given to third party litigation funding in recent years has given rise to a lopsided situation where litigation funders financially backing plaintiffs are essentially unregulated, while funders effectively backing defendants (such as insurance companies) are highly regulated.

It joins an ongoing inquiry by the Victorian Law Reform Commission (VLRC), which began in 2016.

What is litigation funding?

In simple terms, litigation funding involves commercial companies funding the legal costs of a civil claimant in a court case, in return for a share of the proceeds of the suit if successful.

It has had a chequered history. Funding a civil litigant for a share of the proceeds of a suit used to be called ‘maintenance and champerty’ and was outlawed in English law for over half a millennia.

However, it was abolished as a crime in Victoria in 1969, with New South Wales, South Australia and the ACT following suit (although not in Queensland, Western Australia, Tasmania and the Northern Territory).

In Victoria and other states, litigation funding has increasingly been used to fund class actions. But a highly publicised case in 2016 involving 300 sacked Huon workers raised public concern. The workers won a $5 million settlement but received nothing, although lawyers and a litigation funder were paid.

In December 2016, Victorian Attorney-General, Martin Pakula asked the VLRC to report on specified issues concerning access to justice by litigants using litigation funders or through group proceedings, to ensure they are not exposed to unfair risks or disproportionate cost burdens.

It is not entirely clear why this distinction is drawn though there may be a rationale.

However, it is notable that such problems have been more in the insolvency area than the class actions area.

The VLRC are due to report first with the ALRC subsequently.

Just how much regulation is too much?

There is a range of opinion about whether to regulate litigation funding, how much to regulate it and how exactly to regulate it.  These are complex questions but certain key issues can be identified.

Historical legal research shows ‘maintenance and champerty’ (litigation funding) was originally prohibited mainly to remedy problems with corruption of public officials and those involved in the judicial system and process.

Today, there are substantial layers of law and regulation designed to more directly avoid corruption of the legal process, by banning bribery and regulating lawyers.

These laws operate in various forms to the present day. But although they generally work well, continuing regulatory vigilance will always be required to avoid conflicts of interest.

2) An increase in litigation – bad or good?

The ban was also justified on grounds that removing it would see the amount of litigation increased in a way that was considered to be against the public interest.

Today, legitimate public interest in minimising civil disputation is balanced against public interest and social justice arguments to ‘even up things’ in allowing plaintiffs to pursue meritorious claims.

This has gone some way to increasing access to civil justice. In some cases this has also seen better enforcement of laws which may sometimes have a public regulatory purpose.

Another basis for the ban was a bid to protect litigants from unfair or unconscionable funding agreements, as well as the consequences of a failed suit (such as being ordered to pay the defendant’s costs).

Theoretical research in agency theory and game theory suggests that the first is a legitimate concern and may benefit from laws for simplified and better disclosure.

The second is partly being remedied by market forces in terms of funders agreeing to provide indemnities, though laws requiring some prudential regulation of these funders’ indemnities may be justified.

Certainly regulation itself has become more sophisticated over the years and the old blunt instrument approach of banning activities outright has generally given way to the more modern approach of carefully regulating to avoid the negatives while preserving the positives of commercial activities.

Where to from here?

Litigation funding is probably here to stay; but it needs to be examined carefully as it is related to the integrity of our judicial process, the participants in it and ultimately to that pillar of liberal democracy, the rule of law.

Monash Business School and the Federal Court of Australia will hold a seminar: ‘Increased regulation of litigation funding – a timely crackdown or a regulatory ‘solution’ in search of a problem?’  on April 9. The seminar is organised jointly by the Federal Court of Australia and Monash Business School’s Corporate Law Organisation and Litigation Research Group (CLOL) and Ethical Regulation Research Group (ERRG).