Forty years of anti-discrimination law — how far have we come? 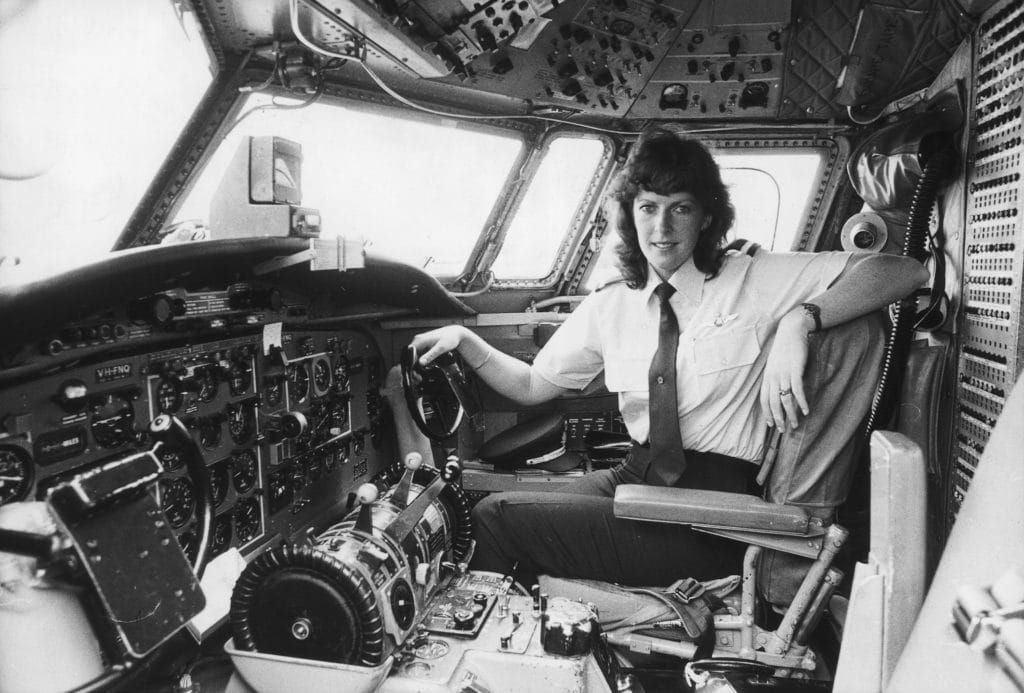 Anti-discrimination law was introduced in Victoria in 1978. But after 40 years we don’t seem to be any closer to equality for all. Could establishing a corporate watchdog be the answer?

Imagine running a job ad like this today. Yet, before the advent of anti-discrimination laws, employers were able to limit applicants to very specific age groups, sex and marital status.

The introduction of Victoria’s Equal Opportunity Act in 1977 put a line in the sand for sexual discrimination in the workplace. While race discrimination laws already existed at a federal level, the various state governments brought in their own legislation to cover issues such as sex, age and disability discrimination.

In 1979 flight instructor and qualified pilot Deborah Wardley took Ansett Airlines to task under the new legislation after she was prohibited from being employed by them as a pilot due to her childbearing potential.

Writing to the Women’s Electoral Lobby, General Manager, Reg Ansett said: “we have a good record of employing females in a wide range of positions within our organisation but we have adopted a policy of only employing men as pilots. This does not mean that women cannot be good pilots, but we are concerned with the provision of the safest and most efficient air service possible [and so] we feel that an all-male pilot crew is safer than one in which the sexes are mixed.”

Subsequently, the case came before the High Court of Australia and much to the chagrin of Reg Ansett, Wardley won and went on to a successful career as a pilot.

Fast-forward 40 years and have we really made that much progress?

Monash Business School’s Dr Dominique Allen doesn’t think so. And the move to private mediation is the main reason.

Dr Allen explains that in the early days of the legislation a number of prominent cases helped weed out the most blatant forms of discrimination and served to educate the public.

“When Deborah Wardley won the case, it was a significant victory for women fighting discrimination in the workplace,” Dr Allen says.

“But our legislation has really stagnated since then.”

Since the courts moved towards mediation and conciliation, most anti-discrimination cases are settled privately.

“The public thinks that discrimination was addressed in the 1980s and that it doesn’t happen anymore,” Dr Allen says.

And there are many reasons why people settle: the exorbitant costs involved, the risk of more costs if you lose, damage to their reputation and importantly the psychological pressures of being involved in litigation.

Most people don’t want to spend years pursuing a claim, and others who have lost their job simply move on and find another one, rather than front up to court.

While this makes perfect sense, it means that the whole system has become privatised — taking place behind closed doors so people aren’t aware that discrimination still happens and how it is resolved.

While settling cases may seem sensible, from a business or employer perspective, they don’t know what compliance looks like.

There is no deterrent aspect – they can’t see that someone else has made a claim against a certain issue or behaviour and make moves to prevent it from happening in their own organisation.

“There are problems with the system which focuses on the individual rather than the broader society,” Dr Allen says “We cannot rely on an individual to address the discrimination to “name, blame and claim” it as discrimination.”

She advocates a watchdog similar to corporate regulators to shift the focus to the employers and to business because they are best placed to foresee the impact of their actions on equality.

She proposes that such an enforcement body could make claims on behalf of people or represent them, in the way the Fair Work Ombudsman can in the industrial relations sphere; currently, there is not an equivalent body for equal opportunity.

“There’s nobody like the Australian Securities and Investment Commission (ASIC) or the Australian Competition and Consumer Commission (ACCC)  that can step in and enforce the law or pursue a case – it relies on an individual who is often a vulnerable person,” she says.

Other options to improve the current system include putting requirements on employers and business to act first, rather than waiting until discrimination occurs. Dr Allen says the UK does something similar; public authorities need to have “due regard to the need to advance equality of opportunity” in their undertakings.

Another early case involved Victorian trams issuing scratch tickets that were difficult for visually impaired people to use, while removing conductors who had traditionally assisted people with different disabilities to use public transport. Nine people with various physical disabilities took the Public Transport Corporation to court on the basis that these actions were a form of indirect discrimination. The judges of the High Court agreed.

Dr Allen says that it was one of the unusual instances where the court ruled that it was not just going to compensate people, it ordered the government to review the ticketing system on trams.

It would be unusual today to see a wide order like this. Now, court-awarded damages are fairly insignificant amounts.  Yet Dr Allen says it is one of the things that is needed to tackle discrimination effectively.

She says that while having the conciliation system is good – in that it saves costs and the deal remains confidential – from a societal perspective it doesn’t address broader issues.

Bring in the stick

From a business perspective, low amounts ordered by courts are not a deterrent and don’t encourage compliance with the law. Dr Allen says: “there is no big stick to wave if people are not doing the right thing.  There is no fear, as would be the case if the ACCC was pursuing them, that a hefty penalty may be imposed if they’re found to have acted unlawfully.”

So in 40 years have we addressed the discrimination in this state?

Victoria’s legislation was modernised in 2010 and Dr Allen is currently working on research to see how effective these changes have been which is due later in the year.

Forty years of anti-discrimination law — how far have we come?