The myth of the ‘genderless’ worker 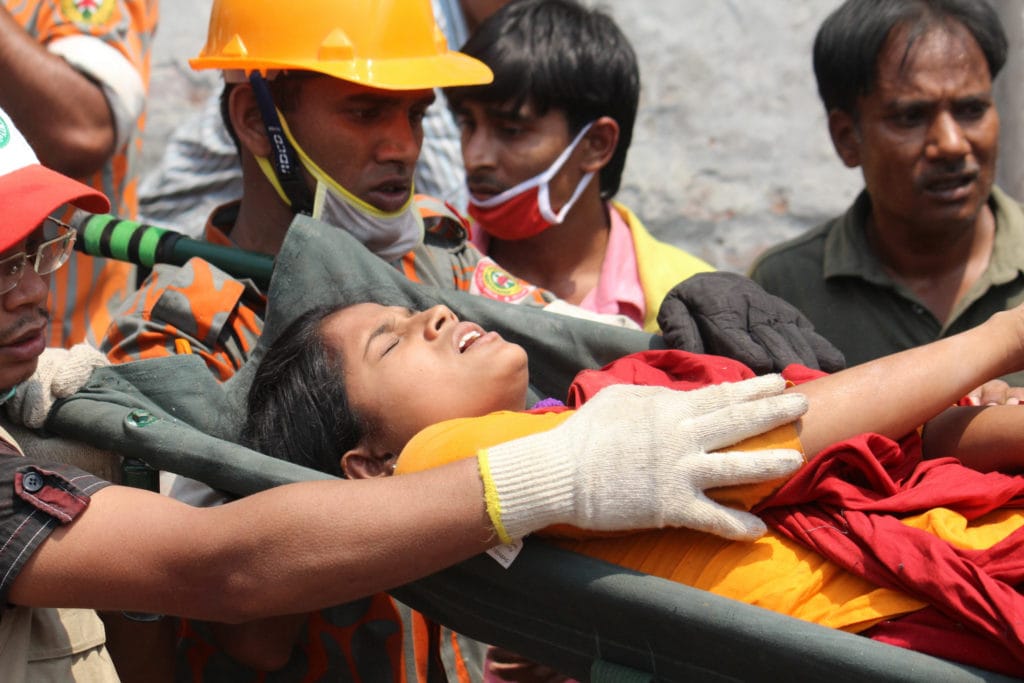 Gender bias against female workers in Bangladesh’s garment factories has put a spotlight on the issue of ethical procurement of ready-made garments.

Spurred by a global campaign to prevent a repeat of the 2013 tragedy that killed 1133 workers when Bangladesh’s Rana Plaza Tower collapsed, two major initiatives have been implemented: the Alliance for Bangladesh Worker Safety and the more broadly employed 2018 Bangladesh Fire and Safety Accord.

Both aim to improve workers’ health and safety as well as address security issues in the Bangladesh apparel industry.

But a new study from Monash Business School outlines how a strategy of misrepresentation of garment factory workers has infiltrated the compliance codes, impacting on their employment conditions and basic human rights. Such action also has implications for ethical procurement at a global level, it argues.

Research conducted by Dr Fahreen Alamgir from Monash Business School’s Department of Management and Dr Ozan Alakavuklar from Massey University Auckland shows that categorising women factory workers as ‘general’ — that is genderless — has led to the specific issues facing these workers remaining minimised or unaddressed.

Plus, female union officials were effectively locked out of negotiations around both initiatives, the researchers argue.

“It is essential for workers that they are classified as ‘women workers’ in these agreements since gender disparity is entrenched,” Dr Alamgir says.

“Through misrepresentation and no recognition of their needs, rights and entitlements, compliance measures have not been designed to specifically address the dehumanising working conditions of around 3.2 million female workers.”

The Accord has been endorsed by global stakeholders, led by the Secretary-General of the United Nations, Antonio Guterres.

However,  in their study, ‘Compliance codes and women workers’ (mis)representation and (non)recognition in the apparel industry of Bangladesh’ Dr Alamgir and Dr Alakavuklar suggest a strategy of misrepresentation of female factory workers is being played out in the multi-stakeholder compliance codes.

Glaringly underlining this disparity is the fact that despite the involvement of female trade union officials in the industry they were not directly included in the development and enactment of both the Accord and the Alliance. 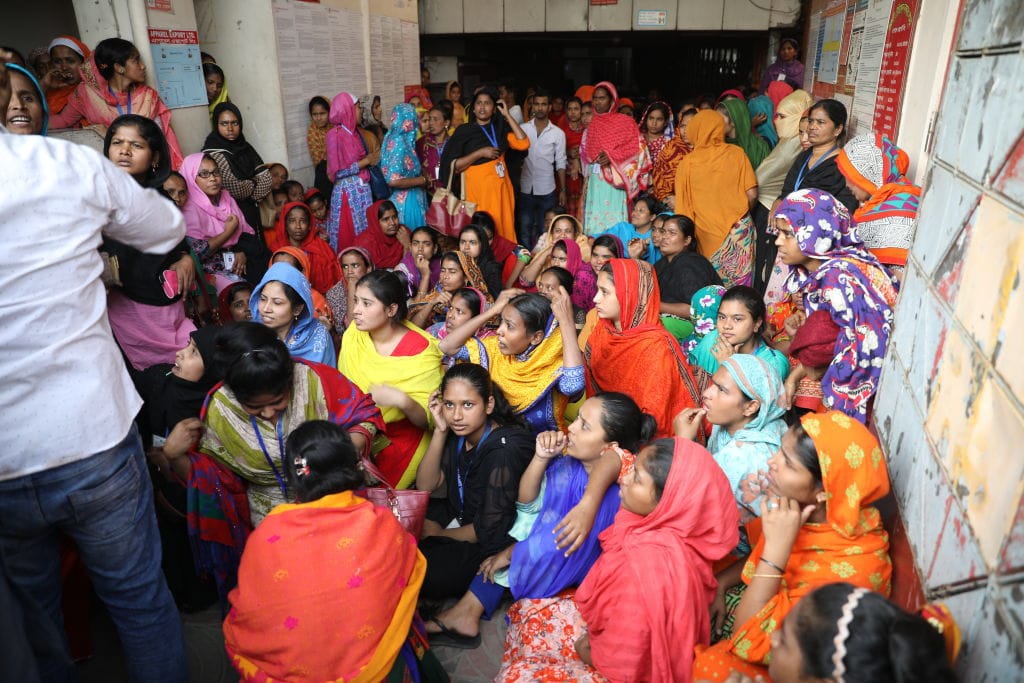 Bangladeshi garment workers stage a demonstration in front of their factory to demand higher wages, in Mirpur, Dhaka on January 12, 2019. (Getty)

So why were women trade union leaders excluded from negotiations?

While women attempt to participate,  there are cultural, political and economic differences. The trade union movement had been once very strong. But garment workers are still not allowed to be represented by trade unions at the factory level.

In Bangladesh, there are three levels of trade unions. The first level is the national level; then there is an industry level representation known as the Federation of Trade Unions, made up of around 73 trade union federations working in the garment industry level.

The basic union level at the factory level. By law, these workers have not been allowed to form a trade union, although they can be associated with the union at an industry level.

“One of the things I have gathered from my research in the field that it seems to be a tightly-held network – visible globally – who are choosing trade union representatives,” Dr Alamgir says.

International buyers could become a key part of the shift towards fairer labour practices for the predominantly female workforce.

The Accord, which carries more legal clout than the Alliance, has been signed by global businesses sourcing their clothing in Bangladesh and includes a number of high-profile Australian brands such as Kmart, Big W and Target. 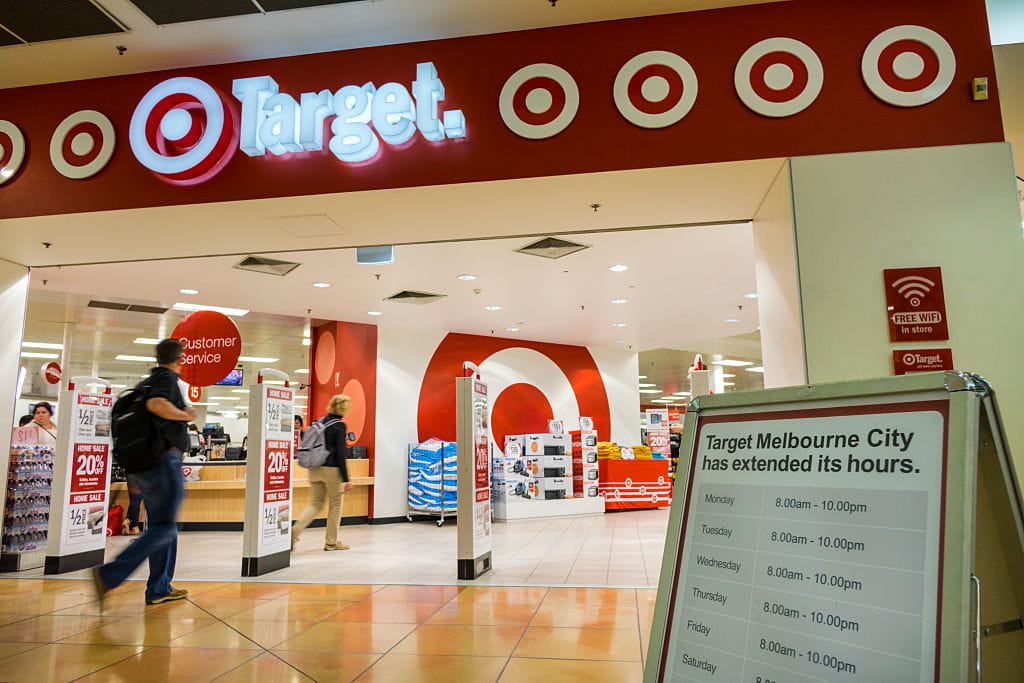 The Accord carries legal clout and has been signed by Australian brands such as Target.

“Retailers understand that they have responsibilities to overseas workers and increasingly consumers, who are calling for transparency in the supply chain,” Dr Alamgir says. “Corporate social responsibility and compliance managers from big business are aware of the implications.”

Simply put, she says that women have not been part of the labour governance and policies that have a direct impact on their lives, making the enacted compliance measures gendered.

To lessen part of this gender blunder, Dr Alamgir proposes closely monitoring the changes. She believes it will require a joint effort between all stakeholders.

“It would be good if we could link our efforts, academic, political, business and trade unions to develop an internal monitoring system that would effectively keep an eye on the situation and we can develop our policy suggestions,” she says.

Bangladesh’s garment industry contributes 80 per cent of the country’s export earnings and directly employs more than four million people, approximately 80 per cent of whom are women.

The study contributes to the debate of ethical procurement, looking at how it interplays a strategy of misrepresentation and abuse of female workers’ rights being played out in compliance codes.

“It’s important to ensure women’s rights and issues are being looked after including their safety and biological issues such as pregnancy,” she says.

This is despite the favourable consensus that has been reached by so many stakeholders regarding the compliance codes.

While there have been improvements to workplace conditions since the disaster, there is still a long way to go, particularly when it comes to women’s representation and recognition in the workforce.

The research explains that categorising the women factory workers as ‘genderless’ misrepresents them in managing ethical production at the local level, and thereby ethical procuring globally.

In general, Dr Alamgir explains, the compliance codes illuminate how to make procurement ethical and responsible, yet in reality, practices are gendered and have their own politics.

“Our findings reveal the tensions and contradictions that emerge as we found that the women factory workers’ are employed as genderless workers. It is this generalising approach in categorising them that has also been demonstrated in the enacting of compliance codes,” she says.

The myth of the 'genderless' worker